25 Years After 'Seinfeld,' Where Are All the Elaines? 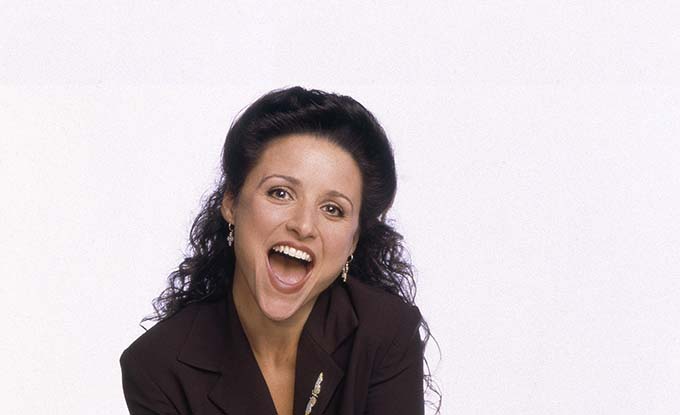 When “Seinfeld” premiered 25 years ago, few foresaw the monumental impact it would have, both comedically and conceptually, on sitcom history. One of the first “hang-out” shows of the modern television era, it followed the lives of four single, neurotic New Yorkers. While that’s a completely unremarkable feat by today’s standards, it was a rarity in 1989 when the television landscape was pretty much defined by workplace and family comedies.

Because the characters were essentially unattached to domestic or office obligations, it allowed them a greater level of independence and self-centeredness, which came to be one of its most enduring and defining qualities over its nine-season run. While this extreme level of selfishness has been tirelessly noted by fans and critics alike, it helped imbue Elaine Benes (Julia Louis-Dreyfus)–the sole female character–with an unprecedented amount of confidence and autonomy, especially in regards to her sexuality. So much so that she remains exceptional and (unfortunately) practically peerless even twenty-five years later. 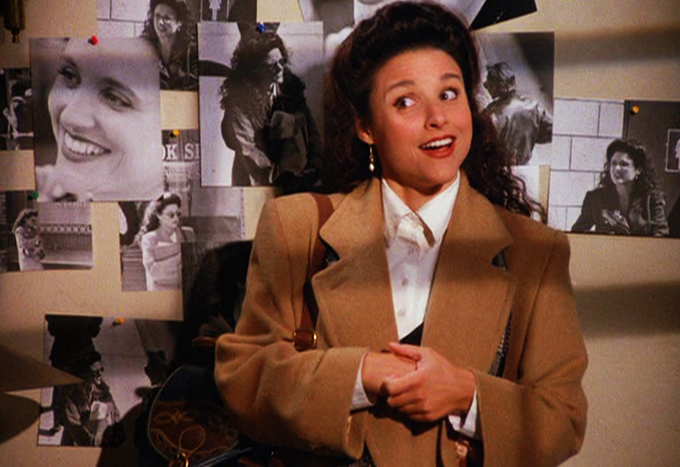 While juggling various careers and even more boyfriends, Elaine could be as crass, crude and fickle as any of her male counterpoints. But more significantly, she took full ownership of her desire. The show’s lone female protagonist, Elaine was just as much a master of her domain as any of the guys. Whether she was deeming men “sponge-worthy” (after her favorite form of contraception was taken off the market), breaking up with pro-life beaus or shamelessly lusting over John F. Kennedy Jr. after a chance encounter at the gym, Elaine’s outspoken opinions not only worked to destigmatize female sexual autonomy, but went so far as to celebrate it.

And yet even cloaked in innuendo, it’s hard to imagine a female character so open and opinionated in regards to her reproductive agency on network television today. The cultural climate has shifted so much in the decades since Seinfeld’s premiere that NBC actually banned a movie trailer for “Obvious Child” from airing on its digital platforms, simply because it mentioned the word “abortion.” Such a decision shows a stark regression in the portrayal of empowered womanhood Elaine strove towards.

But perhaps it shouldn’t be surprising. The lack of female characters as visibly sexually assertive as Elaine in mainstream culture is obviously symptomatic of broader social and political trends. One needn’t look further than the Supreme Court’s recent Hobby Lobby verdict or greater legislative restrictions in terms of abortion access nationwide; we can only imagine the outrage Elaine would voice in response to decisions like those, and it’s a shame we’re rarely able to hear a voice like that on the airwaves. 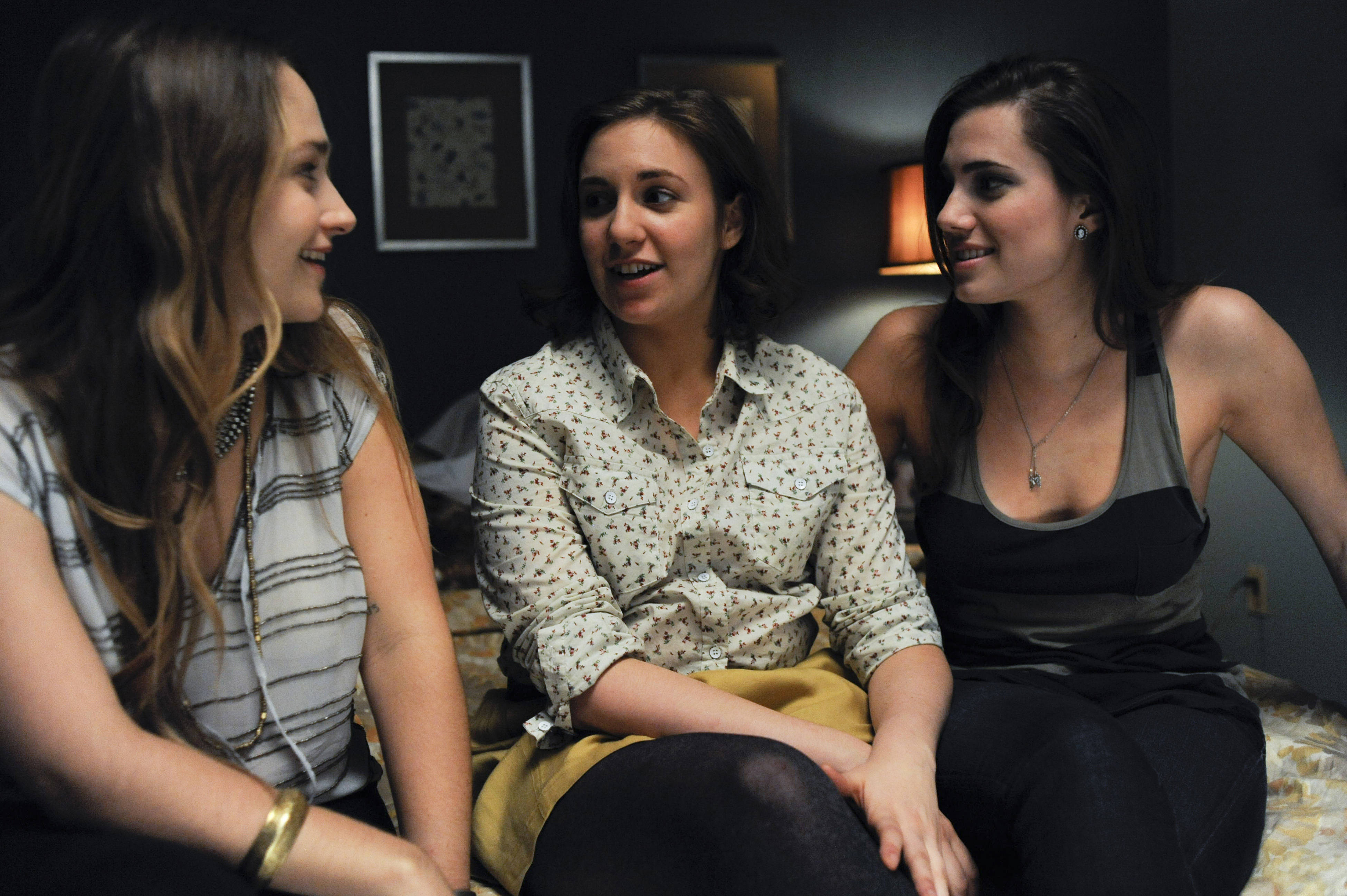 Where are all the heirs to Elaine, 25 years later? In terms of the heroines that have arisen on NBC’s must-see TV line-up since “Seinfeld”‘s passing in 1998, there’s “30 Rock”‘s Liz Lemon, who had a ton of sexual hang-ups before ultimately settling down: Her character, like Tina Fey herself was a virgin until she was 25 — not that there’s anything wrong with that!

“Parks and Recreation’s” Leslie Knope has always been more career-driven than relationship-focused, which is fine too. But on neighboring networks, there also seems to be a dearth in outwardly and proudly sexual women. “New Girl”‘s Jess, played by a whimsy-addled Zooey Deschanel, is every bit as timid as her doe eyes suggest, at least in the relationship arena.  “The Mindy Project” too often falls prey to rom-com tropes with Dr. Lahiri rendered impotent, albeit often hilariously, by her insecurities.

It shouldn’t be that difficult to find a woman as assertive and uninhibited in the sexual arena as Elaine and yet the search for funny feminist females seems as futile and elusive as searching for a unicorn. Thus, when looking for Elaine’s closest descendants, one must veer far from the purview of the networks and closer to the fringes of cable. There are the girls of “Girls” for sure — at least they tackle HPV outbreaks and pregnancy scares with grit and humor. (Though the free-spirited Jessa probably comes closer to unhinged than empowered.) There’s also Abbi and Ilana on Comedy Central’s “Broad City,” who are probably the most uncanny Elaine analogues out there. One could totally see a younger, modern-day Elaine sexting her Facebook friends while hanging out beside them on a Brooklyn stoop. And in a sketch-comedy capacity, Amy Schumer is doing loads of good dispelling sexist double standards. Plus there is, of course, Julia Louis-Dreyfus herself, an always welcome presence playing a feisty, if dissatisfied, second in command on “Veep.”

And yet despite these exceptions, when it becomes difficult to name just a handful of female characters that meet pretty simple standards of sexual agency, it’s clear television struggles with the most basic issues of diversity.

Also, in case you haven’t noticed, most of the above examples are white, straight females. It becomes even harder to fathom a person of color and/or an LGBT-identified individual as a feminist comedic presence in today’s regressive cultural landscape. Twenty-five years after Elaine, television should be working harder to expand representations of empowered womanhood. Instead, it’s restricting it.