Darren Aronofsky, Natalie Portman and Winona Ryder on the Making of 'Black Swan' 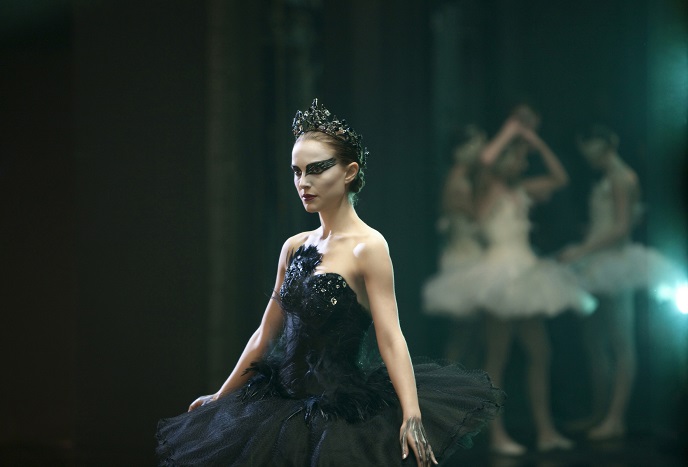 Darren Aronofsky on the connection between “Black Swan” and “The Wrestler”: “The connections between the two films didn’t escape us when we started to work on ‘Black Swan.’ Ballet being the highest art, and wrestling being the lowest art — if you consider wrestling art, which most people don’t, but I do. Either way, they’re high and low entertainment but they both have performers that use their bodies in extreme ways to entertain. And there were just definitely thematic connections between the two. Mark [Heyman, ‘Swan”s screenwriter] was like ‘do you realize our films are really lining up a lot’ and I was never afraid of it. I always thought that they’re very different genres and different movies but they have some type of similar message about performance. I thought that would be interesting. My dream is that one day it would play in an art theatre as a double feature.”

[Editor’s Note: This post is presented in partnership with Time Warner Cable Movies On Demand in support of Indie Film Month. Today’s Throwback Thursday pick is “Black Swan,” which you can catch On Demand.]

Natalie Portman on Oscar buzz for her work in “Swan”: “The best thing with this movie is that everyone seems to be having a strong visceral response. I think Darren’s filmmaking is both thought provoking and emotional and pure entertainment… So while it’s very complimentary and flattering that people are talking about [Oscars], obviously what we do is about wanting to make things that people connect to and that’s the biggest prize.”

Darren Aronofsky on filming delays causing Natalie Portman to keep having to extend her “torturous” ballet training: “There were advantages and disadvantages to making this film independently. And one of the advantages was that because the money really came through for a really long time… We kept having to push. And one thing I didn’t realize until recently was that everytime we pushed, Natalie was like ‘another three weeks of carrot sticks and almonds! I’m gonna kill you!’ So she really was tortured pretty badly because we had such a hard time getting the money for the film.”

Natalie Portman on her and Aronofsky’s “telepathic” relationship: “It was absolutely a great opportunity that Darren gave to all of us to have these really complicated characters and also to give us the freedom to bring what we wanted to the roles. There was a great generosity for him to give the role, and then also say ‘what do you think?’ And I think my experience with Darren also felt almost telepathic. I never had that with any director before. Darren could say half a word and I felt like I could understand him, and I could say half a word and he could understand me. We were in some strange zone of focus that allowed us to share this attention.”

Barbara Hershey on her previous ballet experience: “I haven’t any. But I went backstage as preparation for this and got to watch them perform and study their study. And it was so tremendous. It helped a lot in terms of how to hold yourself. It’s like the honor of acting – you get exposed to things in a deep way that you just wouldn’t know about otherwise.

Winona Ryder on hers: “I saw The Nutcracker when I was small. Does that count?”

Darren Aronofsky on getting together “Black Swan”‘s finances: “I mean after ‘The Wrestler’ we thought that because we’d done a film about wrestling with Mickey Rourke and everyone was like ‘what the hell are you guys doing’ and then it came okay, that it would be much easier with this cast and something that was closer to a genre film. But it was just as hard. We were trying to raise the money during the serious black hole of film financing, which may or may not be still going on… So it was really, really tough. It was kind of a bluff. We were assembling the cast, saying we had the money, and we sort of did in a few places. But the money fell apart many, many times.”

Vincent Cassel on Aronofsky’s European sensibility: “To me, Darren has this very European quality to his films. I thought there was something very New Wave to his work. The French New Wave… not the punk rock music.”

Winona Ryder on the pressures they felt by being in the public eye since she was young – a pressure that is mirrored in “Swan”: “I’ve been asked about ambition before and I don’t feel that ambitious because I started so young and because it was very fun. But to be looked at and judged and read something about yourself and you think ‘okay, that’s who I am and that’s who I should be.’ It gets very confusing and it could drive a person crazy.” 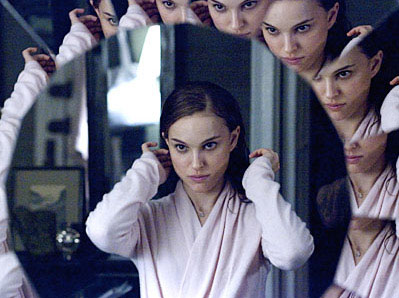 Darren Aronofsky’s answer to the question ‘in a perfect world, what would you like people to know about this film without giving anything away’: “That it’s fucking great.”

Indiewire has partnered with Time Warner Cable Movies On Demand to kick off Indie Film Month. Enjoy exceptionally creative and uniquely entertaining new Indie releases (“Under the Skin,” “The Congress,” “The Trip to Italy,” and more) along with classic, Throwback Thursday indie titles (“Swingers,” “Black Swan,” and more) all month long on Time Warner Cable Movies On Demand. Go HERE daily for movie reviews, interviews, and exclusive footage of the suggested TWC movie of the day and catch the best Indie titles on TWC Movies On Demand.