How to Change Your Life After Living For Someone Else: A 'Rectify' Advice Column for Amantha Holden 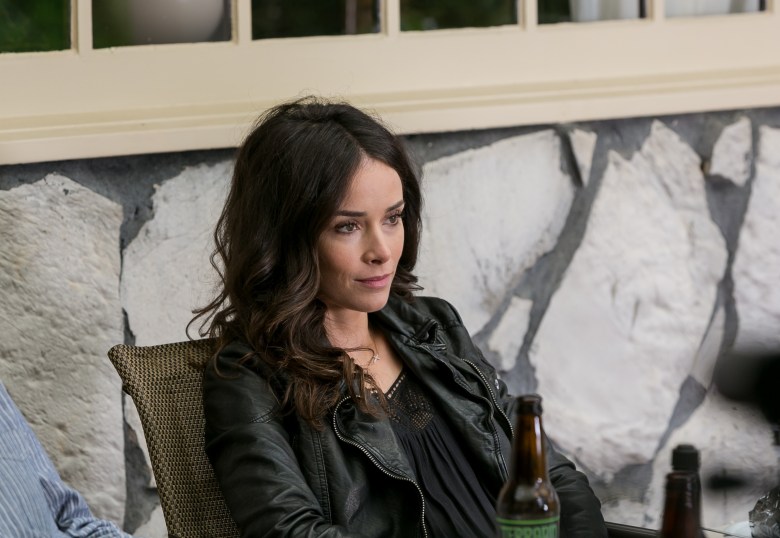 What happens when you get everything you’ve ever wanted and you don’t know how to enjoy it or what to even want next?

My big brother, D., spent 19 years in prison for a crime he most certainly did not commit. A death penalty advocacy group recently took up his case, and based on some new evidence, they were able to get him released and his conviction vacated. The case is in limbo for now, since the state has the option of retrying it, but my brother came home. He was promptly beaten to a pulp by some of the redneck assholes who inhabit this godforsaken place, but he’s survived that, too, and he’s here now, living with our parents and healing.

Since he’s been home, and especially since the beating, my mom and I can barely stand to let him out of our sight. I jump every time a door opens or the floor creaks… is it D.? Does he need me? Is he okay? He’s asked me to give him some relief from the constant vigilance, and I am trying to respect that, but every time he goes out for a walk or to take a drive, my heart’s in my mouth over what could happen to him.

My boyfriend is D.’s lawyer. We met when he took the case, and it started as a sex thing, a distraction from all the stress and ugliness, and it was something we had to keep secret since D.’s case already had so much negative public opinion attached to it. This town is a fishbowl, though, and especially since the assault of my brother and a few ugly encounters when we’ve been out together where “concerned” citizens let us know about their “concern,” there seems to be no point in hiding what we are. (It’s not like public opinion of our family can get worse.)

So now my boyfriend comes to family birthday dinners and we end phone calls with “I love you” and it’s so nice, so very nice. Like my brother’s release, it’s not something I quite dared to hope for. Happiness feels unfamiliar and strangely undeserved after so long.

But my boyfriend was just offered a job out of state, with a big increase in salary and title and an opportunity to work against the death penalty on a much bigger scale. He’s asked me to think about going to Boston with him.

I should go with him, I 100 percent should go. I don’t really live anywhere — I kind of half-moved down here to be near my brother, but most of my stuff is still in boxes and my two calendar days of working at the local Thrifty Saver so far don’t exactly constitute a career I’d be sorry to leave.

My brother and my mom have straight up told me that I need to stop living for D. and start living for myself, and I’ve always known that for my own sanity I need to be far, far away from this place to do any of that. So why can’t I say yes? Why can’t I go? Why do I feel like everything will fall apart the second I turn my back?

I’ve been looking for a clinical, official-sounding term for this without luck, but there is a known phenomenon, where, when you come to the end of something hard — an experience that took everything out of you and where you could not afford to fail or to stop for a second and even think about what you’re doing because then the adrenaline might ebb and you might not be able to get started again, even if that thing is successful and something you wanted to be doing… 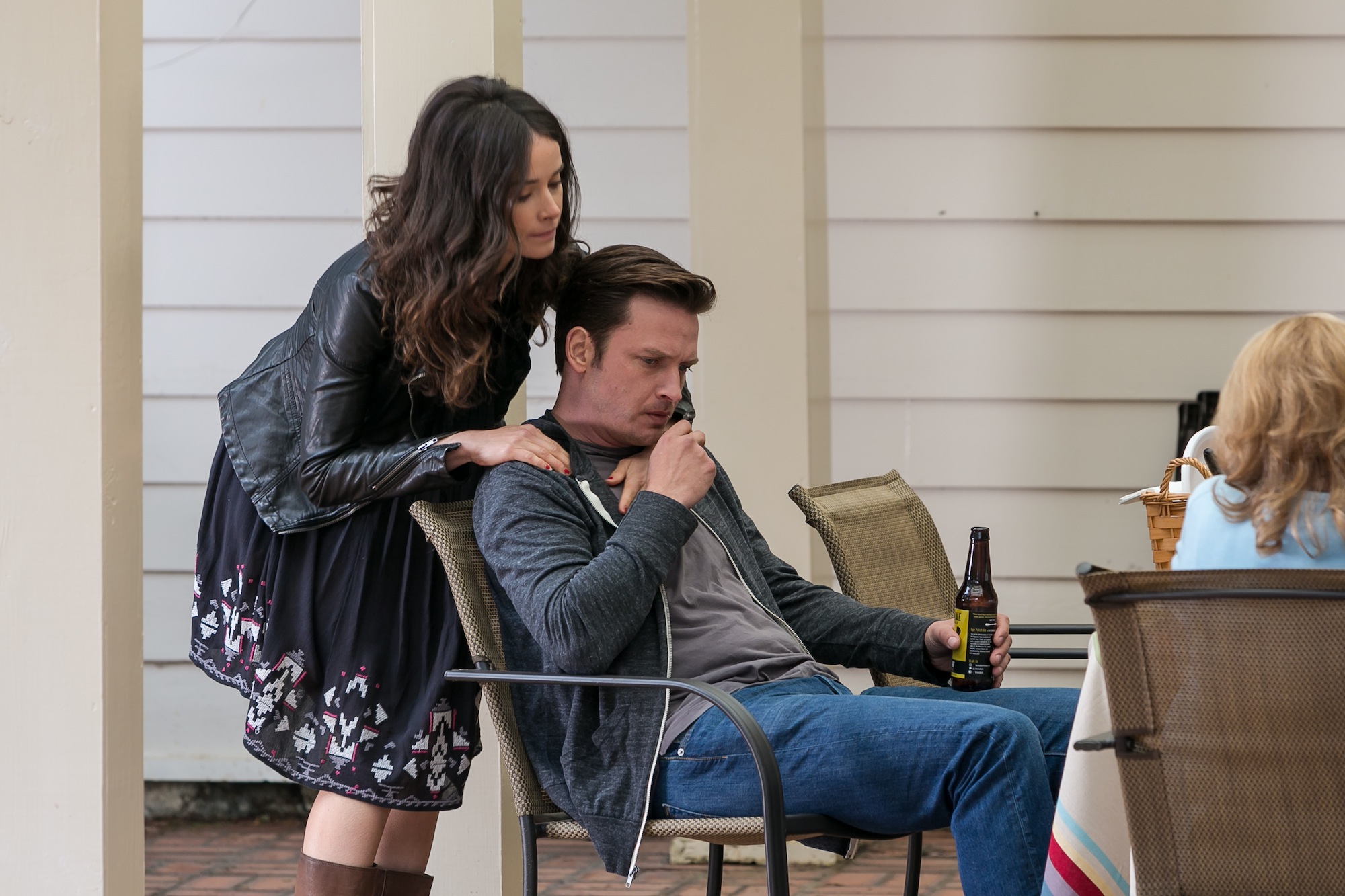 After an experience like that, there is a let-down. A crash. A decompression. It’s why aid workers and EMTs get addicted to their work. It’s how filmmakers feel when they wrap a shoot — months of working 16 hour days and… Then what? What do I do with myself? What if I never make another movie or feel this way again? It’s why I almost always get a cold the second my grades get turned in at the end of the semester. “We made it!” my body says to me. “Now sleep, Jerkface.”

Freeing your brother was your purpose, and it held you upright. As long as he was in prison, you had a goal. You had a rubric for prioritizing the things in your life. Did it bring you closer to him and let you see him more? Did it help his case? Then you needed to do it. Did it get in the way, or distract from that? Then don’t worry about it. It’s easy to see how things like romance, where to live and your career got pushed to the side for all this time. Now that he’s out, but experiencing so much pain and difficulty, I can see why you want to sign onto the next campaign.

But what is that campaign? Helping with his retrial, if there will be one? Helping him adjust to normal life? Are those things enough to keep you in a place that you hate, in a job you don’t love, away from your boyfriend?

I’m not going to tell a woman who drove to the jailhouse gates every week or every month that distance doesn’t matter, that there is this thing called Skype that your brother might dig learning about, and that families find a way to stay close no matter what. I know why you want to see your brother, and touch him, and be in a room with him without cameras or guards or bars between you. It makes complete sense that you’d want to stick around for a while and enjoy some time with your brother.

But can you be as kind to yourself as you are being to him? Can you give yourself time and permission to decompress from the ordeal? D. suffered unimaginable things, but you went through something, too. Can you talk to a counselor and process some of these feelings and stresses you’re having?

If this just isn’t the time to leave, then Skype works for love relationships, too. There are phones. There are planes. You could make monthly visits home, or to Boston. You could make weekly or even daily Skype dates to catch up with your family, or your boyfriend. Is it a fait accompli that he’d take the job? Would he stay by you if you asked? Can you do the long distance thing for a while? Can you visit Boston with him and see if you’d even like it there? You have many, many options for working this out.

Whatever you decide, I think you know something about love that hopes and endures and isn’t fazed by improbability or inconvenience. Your brother and your boyfriend are lucky to have you in their lives, and I hope they know that.

Jennifer Peepas is a Chicago-based filmmaker and film teacher. She answers questions from non-fictional characters at her blog, CaptainAwkward.com.