'Teenage Mutant Ninja Turtles,' 'The Goonies,' and Why It's Good That Kids Like Crap 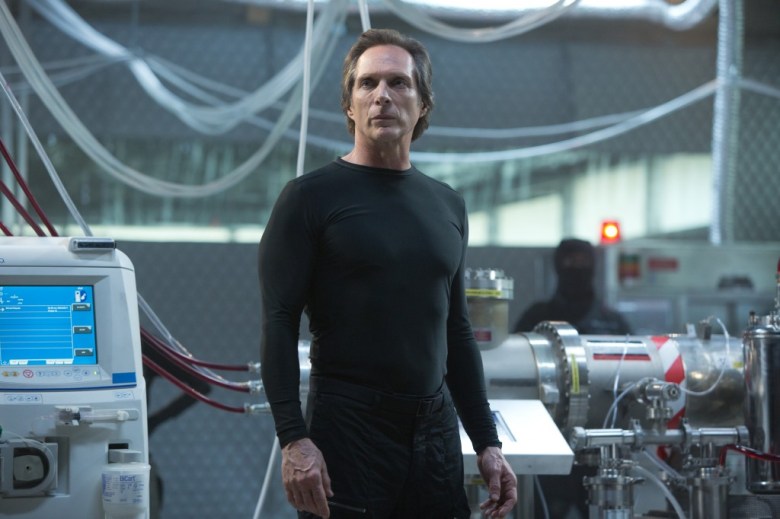 One week after the runaway success of “Guardians of the Galaxy” gave hope to fans of intelligent blockbusters, “Teenage Mutant Ninja Turtles” has swooped in to take it away. Jonathan Liebesman’s lifeless reboot notched $65 million in its opening weekend, prompting the announcement of an inevitable sequel to come in 2016.

At BuzzFeed, Alison Willmore counts down “5 Ways the New ‘Teenage Mutant Ninja Turtles’ Makes the 1990 Movie Look Like a Masterpiece,” among them the new movie’s failure to instill any personality in its ostensible stars. I’d be shocked if a viewer going in without knowledge of the franchise would be able to identify a single ninja turtle by name after the movie is over, or attach so much as a personality trait to Leonardo or Donatello (and yes, I had to look those up).

But at the Talkhouse, filmmaker David Lowery rides to “Teenage Mutant Ninja Turtles'” rescue — or, more specifically, to the defense of its audience.

As box-office estimates for TMNT began to surface over the weekend, quite a few critics vented their frustrations on social media:

Everyone from my generation paying real money to feed their TEENAGE MUTANT NINJA TURTLES nostalgia: I hate you so much.

“I want to see it even though there’s no way it’s good, but I loved the Turtles.” — What huge corporations LOVE to hear.

But Lowery, whose art-house credentials include directing “Ain’t Them Bodies Saints” and co-editing Shane Carruth’s “Upstream Color,” declines to wax apocalyptic about the movie’s success, and especially about the younger viewers who flocked to see it. “Kids,” he admits, “have shitty taste.”

Do I still believe kids should be raised on Miyazaki films and “The Red Ballon”? Certainly. I think they’ll enjoy them and be nourished by them, and when I endeavor to make a film for children, those will be the models I aspire to. But those same children will also probably love the new Teenage Mutant Ninja Turtles movie, and I’ve come to the conclusion that this is a good thing. It will speak to that universal synapse in youthful minds that delights in the basic concept of mutant turtles who are ninjas and also teenagers, and it will do so in the visual parlance of their generation. Parents will likely hate it, but so it goes.

I’d argue that kids don’t have shitty taste so much as they have no taste at all. My five-year-old daughter loves Miyazaki’s “Castle in the Sky” and Albert Lamorisse’s “The Red Balloon” (although she somewhat prefers his “White Mane”), but she’s also addicted to watching “Arthur” videos on the iPad and went through a dark phrase where she was heavy into the ungodly awful CGI version of Minnie Mouse peddled on the Disney Channel. Sometimes it’s possible for me to divine why she responds more to one thing than another — she likes that “Frozen’s” Elsa has freezing powers, and I think she enjoys being frightened by the bear in “Brave” — but in other cases, she just likes what she likes.

For me, that precritical phrase lasted well into adolescence: I suppose I must have responded to something in, say, the complete works of Isaac Asimov, but I was more interested in tearing through as many of them as I could get my hands on, including his Black Widowers mysteries and the pseudonymously authored Lucky Starr series, than I was sorting through which I liked best and why. I was less a bibliophile than a bibliophage, consuming without thought or appraisal beyond the simple question of whether or not I wanted more.

Not only is it, as Lowery puts is, “a good thing” that children eagerly consume a certain amount of crap, I’d argue that it’s essential — and it’s certainly inevitable). Only by eating their fill of junk can they start to develop a taste for other things. (What’s not remotely okay is adults who purposefully produce subpar junk for those uncritical consumers, but that’s a different story.) If I hadn’t seen “The Goonies” — which, despite the nostalgic reappraisals of later generations, remains an utterly phoned-in piece of garbage — I would never have fallen in love with what I took to be a sly gag in its final moments, when when as the kids recount their adventures to a TV reporter, Data chimes in, “The octopus was really scary!” What a great joke, thought 12-year-old me, about the way kids lie, and how easy it is to put those lies past credulous adults! And had that never happened, I would never have come across, some weeks later, a photo spread in a magazine devoted to the octopus attack sequence, and realized that what I’d taken as a joke I’d been endlessly pleased with myself for being hip to was just a stray reference to a deleted scene, left in because the people who made the movie were either too lazy or too cheap to cut it out. I’d never realized the pivotal role that simple carelessness played in the movie-making process.

“Teenage Mutant Ninja Turtles” contains the seeds of its own rude awakening. As originally planned, the movie climaxed with the revelation that William Fichtner’s evil industrialist Eric Sacks was also the robotically enhanced samurai Shredder. But at some point, they opted to change things around so that Shredder is now Fichnter’s sensei, a mysterious Japanese man (played by Tohoru Masamune) whose face is always hidden in shadow. (No reason has surfaced, but it might have something to do with keeping Shredder on tap for the sequel, where he’d presumably be played by a more familiar actor.) The scenes between Sacks and Shredder take place in a nondescript gray room, and they’re glaringly at odds with the rest of the movie, which, though it invariably looks like crap, at least looks like relatively expensive crap. But that just makes it more likely that some kid who falls in love with “Teenage Mutant Ninja Turtles” today will hop on the internet in a week or a year and discover, as I did, that sometimes movies turn out they way they do in part because nobody gives a shit.