The Indiewire Fall Preview: The 16 Films We're Most Excited to See (That We Haven't Seen Yet) 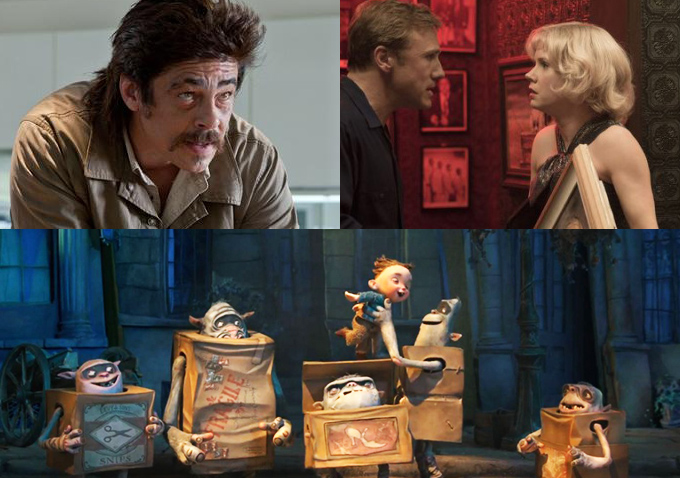 Tim Burton has gotten a lot of flack of late thanks to big budget, critically-panned films like “Alice in Wonderland” and “Dark Shadows.” But he’s making a return to fantasy-free, low-budget fare here — really, for the first time since 1994’s “Ed Wood.” With a script by “Wood” screenwriters Scott Alexander and Larry Karaszewski, “Big Eyes” takes on the true story of husband and wife artists Walter and Margaret Keane (Christoph Waltz and Amy Adams), the former of whom rose to fame in the 1950s for his paintings of big-eyed kids. It sure sounds great on paper. Here’s hoping it makes us completely forget about “Dark Shadows” and anticipate a whole new era of work from Burton.

READ MORE: The Indiewire 2014 Fall Preview: The 19 Films With the Most Awards Potential

We’ve always been a fan of Alejandro González Iñárritu’s films, no matter how gloomy. But the fact that he’s making a remarkable tonal change with his latest picture “Birdman” — well, it’s reason enough to be excited. The meta-ish comedy film, which stars Michael Keaton, Emma Stone, Edward Norton and Zach Galifianakis, follows an actor (Keaton) known for playing a superhero and his attempts to launch a Broadway career — all while trying to manage a dysfunctional personal life. The film premiered as the opening night film of the Venice Film Festival yesterday to some of the year’s best reviews. We can’t wait to see what the hype is about. 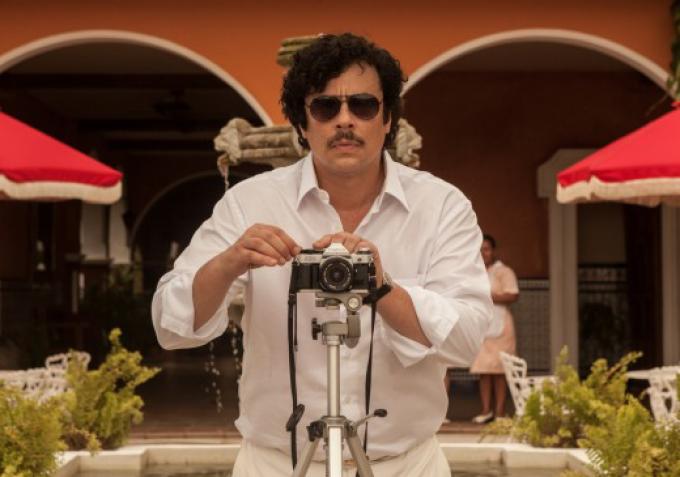 Benicio Del Toro playing famed Colombian drug lord Pablo Escobar? Count us in! First-time feature director Andrew Di Stefano’s “Paradise Lost“
has already been picked up by a distributor, but will make its official
premiere next month at the Toronto International Film Festival. Young
surfer Nick (Josh Hutcherson) thinks all his dreams have come true when
he goes to visit his brother in Colombia. Against an idyllic backdrop of
blue lagoons and white beaches, he falls madly in love with Maria
(newcomer Claudia Traisac), a beautiful Colombian girl.  Everything
seems perfect until he meets her uncle, Pablo Escobar (Del Toro). Del
Toro is already an Oscar winner for “Traffic,” but we’re definitely
looking forward to what comes of this performance.

It’s David Fincher and that’s good enough. The acclaimed director hasn’t released any film work since his 2011 “The Girl With the Dragon Tattoo” adaptation, so “Gone Girl,” another novel adaptation, is a much-welcomed return for the man who does intrigue better than most. Starring Ben Affleck, a guy known to attach himself to strong projects, “Gone Girl” will look at the life of Nick Dunne, whose wife Amy (Rosamund Pike) has gone missing. While part of our excitement is for Pike, who arguably snagged the most sought after role of the year, we’re also just elated to have a Fincher feature this fall. 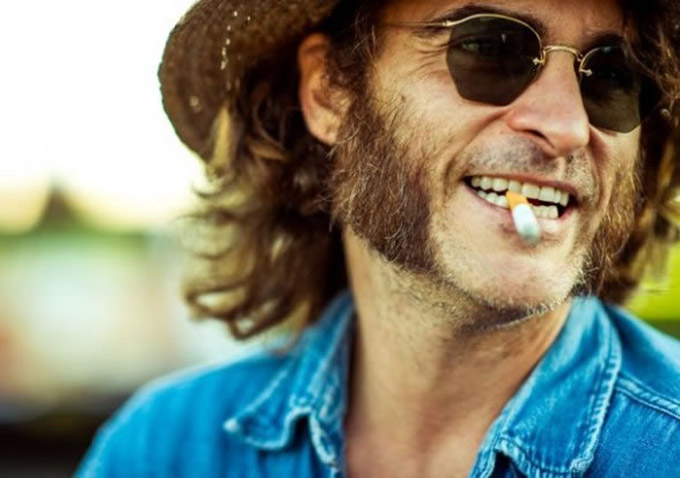 Five-time Oscar nominee Paul Thomas Anderson is back this fall with “Inherent Vice,” a film early buzz has pegged as his oddest effort yet, which is saying a lot. World premiering as the centerpiece film for this year’s New York Film Festival, the film stars Oscar nominees Joaquin Phoenix and Josh Brolin, as well as Oscar winners Reese Witherspoon and Benecio Del Toro. It’s based on Thomas Pynchon’s novel about a drug-fueled detective (Phoenix) who investigates the disappearance of his former girlfriend, and will no doubt feature brilliant performances from its lead actors.

Christopher Nolan is unquestionably the most esteemed
blockbuster filmmaker working in Hollywood today. Even before its breathtaking
trailers began to drop, Nolan’s name alone had already provided his spacetime
odyssey “Interstellar” with levels of anticipation greater than all of the
year’s remaining franchise sequels combined. In his first wholly original
feature since the heady mind game of 2010’s “Inception,” the visionary director
looks to the stars in what seems to be a powerful combination of Kubrick-sized visuals and Spielberg-sized heart. Adding even more excitement to the
mix is lead Matthew McConaughey, who returns to the big screen after his Oscar
win for “Dallas Buyers Club” and his equally acclaimed detour to television
in “True Detective.” The combination of star and director is basically a supernova
in itself, but the remaining ensemble is just as noteworthy, including Anne
Hathaway, Jessica Chastain, Matt Damon, David Oyelowo, Casey Affleck, Ellen Burstyn
and the beating pathos of the Nolanverse, Michael Caine. Throw in a first time
collaboration with gifted cinematographer Hoyte van Hoytema, who last
brought the delicate future of Spike Jonze’s “Her” to life, and you have all
the ingredients needed for what is probably the year’s most anticipated
movie, period.

While many weren’t fans of Jason Reitman’s “Labor Day,” his latest effort is the perfect chance for redemption. The ambitious ensemble piece “Men, Women & Children” stars Adam Sandler, Emma Thompson, Rosemarie DeWitt and Jennifer Garner — just to name a few — and looks at the effects of technology on our lives. It doesn’t look to be as optimistic as Spike Jonze’s “Her,” but after seeing its mystifying (and somewhat morbid) trailer, we can’t help but hope that Reitman is returning to the scene with a must-see drama.

This past year we got the opportunity to see a lot more of Jake Gyllenhaal’s dark side (“Prisoners,” “Enemy”) and with his latest film, “Nightcrawler,” we should expect a new level of heavy from the Oscar-nominated actor. “Nightcrawler” is directed by Dan Gilroy, who co-wrote the screenplay for the last Bourne film — the thriller stars Gyllenhaal as an ambitious journalist who makes his way into the sleazy underground world of L.A. crime journalism. Bill Paxton and Rene Russo also star. 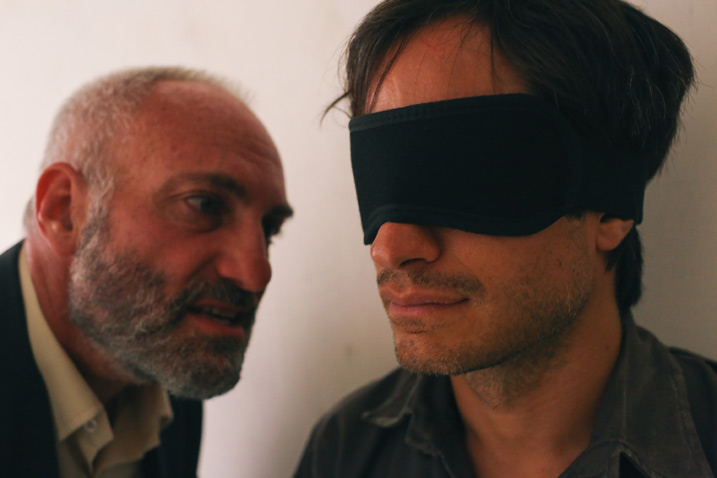 Jon Stewart has been an MTV talk show host, hosted the Academy Awards twice, and won a staggering 19 Emmy Awards as the
satirical head of “The Daily Show” since 1999. But the one thing he has yet to
do is show the world his feature filmmaking chops. Luckily, that all changes
this fall when the comic debuts his first feature, “Rosewater.” While the prospect of Stewart helming a political drama is enticing, it’s the
film’s subject matter that has us truly excited. Based on “Then They Came For Me,”
the 2011 memoir by Maziar Bahari, the movie stars Gael Garcia Bernal as the London-based
journalist who was detained in Iran for 118 days after he gave an interview
regarding Iran’s presidential election. And where and with whom did Bahari make
the controversial remarks that led to his detainment? The answer would be on
“The Daily Show with Jon Stewart,” which draws quite the
fascinating line between subject and director. Will the film depict the tribulations of Bahari while also finding
Stewart wrestling with his own actions as an instigator of the events? The one thing we know for sure is that other than Bahari
himself, Stewart is the only other person who can bring this true tale to life
with extreme personal nerve. 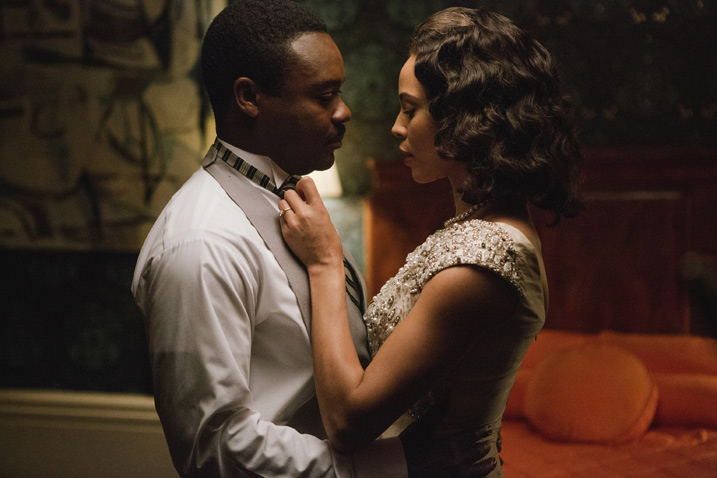 Two years after winning Best Director honors at the Sundance Film Festival, for her sophomore feature “Middle of Nowhere,” Ava DuVernay makes a leap to studio filmmaking with her Martin Luther King Jr. biopic “Selma,” and we couldn’t be more excited for the filmmaker. Judging by its Academy qualifying run in December, before rolling out nationwide by MLK weekend in January, Paramount seems confident that they have a contender on their hands. What the film definitely boasts is a breakthrough lead performance from DuVernay’s “Middle of Nowhere” star David Oyelowo as the civil rights leader. (Oprah Winfrey also co-stars, but her part is rumored to be small.) Oyelowo was the best thing about “Lee Daniels’ The Butler,” and is long due a vehicle like “Selma.”

Michael R. Roskam wowed with his moody debut “Bullhead” in 2011, and surprised many by managing to net an Academy Award nomination for the under-the-radar film. He’s back three years later with his English language debut, “The Drop,” starring Tom Hardy, Noomi Rapace and James Gandolfini in his final onscreen performance. Roskam brought real grit to “Bullhead,” and we’re betting he does the same with this tale of a soft-spoken Brooklyn-based bartender (Hardy), who finds himself at the center of a robbery gone awry. “Bullhead” breakout Matthias Schoenaerts reunites with Roskam to play the abusive boyfriend to Rapace’s character.

James Franco takes a break from directing to re-team with his “This Is the End” helmers Evan Goldberg and Seth Rogen for the duo’s latest comedy “The Interview,” and we couldn’t be more excited. “This is the End” was arguably the funniest release of 2013, and one of the most subversive comedies to ever be released by a major studio. “The Interview,” which stars Franco and Rogen as a TV reporter and his producer, who are contracted by the CIA to assassinate Kim Jong-Un after landing a rare interview with the North Korean leader, doesn’t sound any less daring. Plus the hilarious trailer promises a great time, just in time for the holidays.

“The Theory of Everything”  (November 17)

“The Theory of Everything” has a bit more going for it than just fancy period clothes. Director James Marsh (“Man on Wire”) helms the tale of Stephen Hawking, focusing a keen eye on his relationship with his wife Jane. Eddie Redmayne (“Les Miserables”) plays the brilliant physicist and Felicity Jones (“Like, Crazy”) co-stars as Mrs. Hawking. The fine young actors have a chance to establish themselves even further here, with Redmayne facing the challenges involved with portraying a highly intelligent man who’s also mad with love and physically limited.

Cult favorite writer-director Kevin Smith is bringing the
twisted blend of psycho-horror and black comedy he last delivered in 2011’s
“Red State” to his new movie “Tusk.” Starring Justin Long, Haley Joel Osment, Genesis
Rodriguez and Johnny Depp, the film represents the first entry in Smith’s “True
North Trilogy” and is based off a story from his popular web podcast, SModcast.
“Tusk” stars Long as Wallace Bryton, a podcaster who travels to the backwoods
of Canada in order to interview an unusual seafarer played by Michael Parks.
The scheduled interview becomes a one-on-one nightmare after the interview
subject takes Wallace hostage and begins to turn him into a walrus, prompting
his podcasting buddy (Osment) and his girlfriend (Rodriguez) to start a search
party. The bizarre plot suggests the film will be the kind of
wacked-out-must-see that only Kevin Smith could manage to create and find
funding for. Luckily, Smith has the talented distribution company A24 backing
him up, and their promotional images and striking poster art have done well in
adding odd excitement to his latest project.

Reese Witherspoon hasn’t truly shined onscreen since her Oscar-winning performance in 2005’s “Walk the Line,” but if the buzz is to be believed, she’s back in full force this fall in “Wild,” the latest film by Jean-Marc Valee, whose “Dallas Buyers Club” earned both Jared Leto and Matthew McConaughey Oscars in last year’s race. “Wild,” based on Cheryl Strayed’s memoir about hiking 1100 miles of the Pacific Crest Trail, stars Witherspoon as the author. The promising trailer hints at a gritty drama with a lot of heart, and a career re-defining performance from the actress. Laura Dern, fresh off of wowing in this summer’s “The Fault in Our Stars,” co-stars as Witherspoon’s mother.