This Week in Home Video: 'Only Lovers Left Alive,' 'Boardwalk Empire' and More 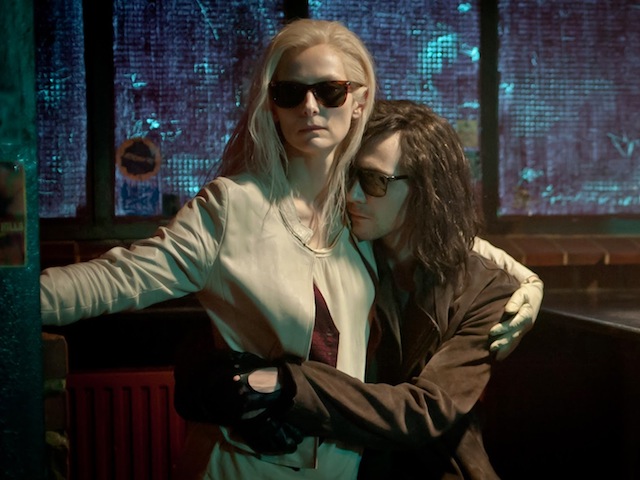 On the classic movies front, this week brings two sexually explicit films in souped up Blu-Rays/DVDs from Criterion. The first, Pedro Almodovar’s controversial “Tie Me Up! Tie Me Down!” is one of the first films to be rated NC-17 by the MPAA. It was later joined by Criterion’s other major release this week, Alfonso Cuaron’s excellent class-conscious road movie/sex comedy “Y Tu Mama Tambien.”

For those looking for something a bit cleaner on the comedy front, Flicker Alley’s new collection “Chaplin’s Mutual Comedies: 1916-1917” might be a better bet. A collection of the dozen two-reelers Charlie Chaplin made while working for Mutual Film Corporation, it includes early masterworks like “The Pawnshop,” “The Immigrant,” and “Easy Street,” all of which would rank among the silent great’s funniest films. Flicker Alley’s also putting out “The Mack Sennett Collection: Volume One” this week, a Blu-Ray collection of the Keystone Films founder and director’s best films (including works starring Chaplin, Harry Langdon, “Fatty” Arbuckle and more).

New Blu-Ray and DVD releases this week are headlined by Jim Jarmusch’s “Only Lovers Left Alive,” which shows that only a director as cool as Jarmusch could make a vampire movie his warmest film. TV fans can catch up with the fourth season of “Boardwalk Empire,” while those in the mood for adventurous cinema are encouraged to check out the terrific experimental documentary “Manakamana,” which uses a dozen static shots of people riding cable cars to the Manakamana Temple in Nepal to craft a film about how technology makes pilgrimages of faith more accessible for some and less meaningful for others. Viewers can also catch up with John Sayles’s underrated “Go for Sisters,” making a late debut on DVD.

Any of the above would be better bets than Ti West’s skillfully made but woefully misconceived and exploitative found footage horror film “The Sacrament” or “The Amazing Spider-Man 2,” a tonally, structurally, dramatically and thematically incoherent mess that’s easily the worst in the long-running superhero series (come back, “Spider-Man 3!” Come back! We’re sorry!).

“The Amazing Spider-Man 2”
Criticwire Average: B-

Director Webb should take the blame for some of this nonsense, but there’s plenty to go around. This viewer was unsurprised to see the shudder-inducing names of Alex Kurtzman and Roberto Orci among the screenwriters; that duo’s credits include the first two “Transformers” movies, and, as with those films, the dialogue here is so cliché-ridden you can actually hear the lines in your head well before they tumble gracelessly out of the actors’ mouths. There’s not a whiff of intelligence to be found in their cluttered, turgid, ponderous screenplay, and nothing resembling wit either — particularly when it comes to Spidey’s zany wisecracks, which are Schwarzenegger-as-Mr.-Freeze-level bad. Not that the “dramatic” beats play any better; my favorite moment may be Harry Osborn roaring, “YOU’RE A FRAUD, SPIDER-MAN!” Read more.

“Go For Sisters”
Criticwire Average: B

Instead, it’s the backstories that are the film’s most real and effective currency, with the longtime friends slowly reconstructing each other’s lives after they lost touch and deconstructing why they did and the former cop slyly revealing at every turn why they were wise to trust him and why the police dismissed him before he could earn his pension. Tough times have affected them all and the way economic uncertainty motivates their decisions makes the film as relevant as anything Sayles has filmed while adding a desperation that’s palpable throughout. Read more.

Few movies derive their power from the cumulative effect of watching the same fundamental situation several times over. But “Manakamana” offers so many different versions of its ride that it manages to expand in richness as it goes along. In some cases it benefits from contrasts, such as when it features the arrival of young men — wearing Hard Rock t-shirts, chatting about television and sporting iPhones — on the heels of elderly riders who hail from a different era. Other sections manage to create genuinely entertaining hooks, particularly two musicians who play a beautiful piece in the final third of their journey and a trio of goats traveling sans owner. Read more.

In many respects, Adam and Eve are nocturnal cousins to the angels from Wim Wenders’ “Wings of Desire”: They’re secret observers of history, living records of the past with little control over the future. But Jarmusch has no interest in the kind of guilt and grief Wenders wove through his movie; Only Lovers comes in a hipper, sexier shade of melancholy. Read more.

“The Sacrament”
Criticwire Average: B-

There wouldn’t be a movie if the shit didn’t hit the fan and the poisoned punch wasn’t proffered. The journey to the tainted juice is—as is West’s wont—a slow one, which unfortunately doesn’t build tension so much as call attention to the ineffectualness of the first-person device. There are plenty of failed cheats to heighten the drama (really, how many cameras do they have?), and the mumblecore all-stars cast never believably suggests that we’re watching terrified people navigating a bad situation. Read more.

This Article is related to: News and tagged DVD / Blu-Ray, Manakamana, Only Lovers Left Alive, The Amazing Spider-Man