Why Gia Coppola Was Embarrassed to Show Her Family 'Palo Alto' 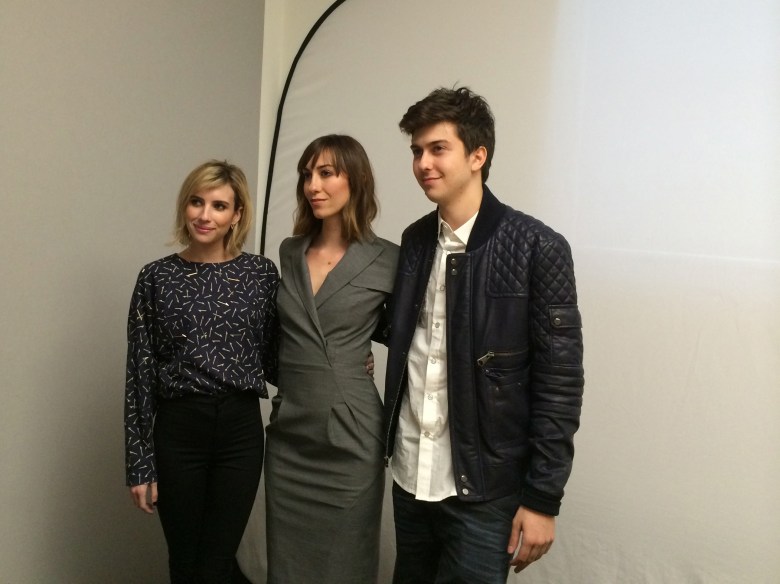 Gia Coppola is the sixth member of her family to get behind the camera, following grandfather Francis, aunt Sofia, and uncles Roman (“CQ,” “A Glimpse Inside the Mind of Charles Swan III”) Christopher (“Deadfall”), and Nicolas Cage (“Sonny”). It’s quite a legacy to live up to, but the youngest Coppola’s new film “Palo Alto” shows that she’s a talent worth watching in her own right.

[
Editor’s Note: This post is presented in partnership with Time Warner Cable Movies On Demand in support of Indie Film Month. This interview was originally published during the 2014 Tribeca Film Festival. “Palo Alto” is now available to view On Demand.]

“Palo Alto” has a similar dreamy quality to Sofia’s “The Virgin Suicides,” but it stands out for its strong performances from its young cast (Emma Roberts, Nat Wolff, Jack “son of Val” Kilmer) and its frankness in dealing with teen alcoholism, sexuality and depression. Much of it comes from its source material, a book of short stories by James Franco (who co-stars in the film as a soccer coach who has an affair with Roberts, his star player), but credit is also due to Coppola’s skill in coaxing natural performances from her actors and in aestheticizing teenage aimlessness. Below Gia talks about her debut.

The film really came together in the editing room, where we saw what the film was and what it needed to become. But I love James’s book, because it deals with all of those issues that I remember from when I was young.

I hadn’t seen anything that really articulated those years in an accurate way, and I had just finished college. [The book] really resonated with my experience, especially the dialogue and those moments of not really doing anything, but trying to figure out what you want to do while you’re hanging out with your friends. I was excited by the chance to get back to those movies that I loved when I was younger like “The Last Picture Show,” “The Outsiders,” “Rumble Fish” and “American Graffiti.” I felt like I hadn’t seen those kinds of movies about teens in a while.

I was embarrassed to kind of show my family and older relatives the movie, and they were all like, “Oh, come on, what do you think we were doing when we were young?” So I feel like there’s new things now, like social media, but the emotions and growing pains haven’t changed. Everyone goes through that.

I was really nervous working with actors, since I come from a photography background. It’s hard for me to articulate myself. I just tried to be as honest and open as possible and tell them what the scene meant to me. They knew the characters better than I did, so I was open to their ideas. I mean, they’re real teenagers, so I felt that documenting them was more realistic.

I was a fan of Dev Hynes [the musician who scored the film], and I have a friend who knew him, so I asked for his email and asked him if I could use a song, but I kept sending him more scenes, and he added more. He took the kids and their emotions seriously and didn’t judge them, so he heightened that experience.

I really wanted to learn from my own mistakes and challenge myself. Of course they’re my family, and I look up to them, and some of the movies they’ve made about teenagers are my favorites. I definitely try to make something closer to my experiences, but naturally there are going to be similarities.

Indiewire has partnered with Time Warner Cable Movies On Demand to kick
off Indie Film Month. Enjoy exceptionally creative and uniquely
entertaining new Indie releases (“Under the Skin,” “The Congress,” “The
Trip to Italy,” and more) along with classic,
Throwback Thursday indie titles (“Swingers,” “Black Swan,” and more) – all month long on Time Warner Cable Movies On Demand. Go
HERE
daily for movie reviews, interviews, and exclusive footage of the
suggested TWC movie of the day and catch the best Indie titles on
TWC Movies On Demand.