'A Walk Among the Tombstones' Reviews: A Liam Neeson Movie Worthy of Liam Neeson 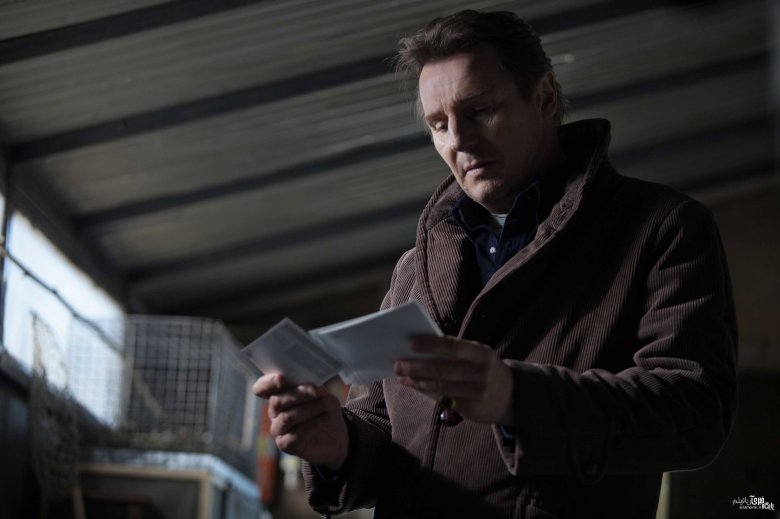 Liam Neeson’ late-career resurgence as a badass with a touch more gravitas than some action stars is not unwelcome, but like most action stars, he doesn’t always star in movies worthy of his talents (see: “Taken 2,” “Battleship”). But early reviews for “A Walk Among the Tombstones” suggest that it might be one of Neeson’s better vehicles, an old-fashioned potboiler rather than a straightforward action flick, not to mention a movie that’s crafted to the gills.

Based on one of the novels in Lawrence Block’s long-running Matt Scudder series, the film follows private eye Scudder (Neeson) after a drug dealer hires him to find his missing wife. The film was written and directed by Scott Frank, the writer of “Get Shorty” and “Out of Sight” and the director of the underrated thriller “The Lookout,” and reviews have praised the film’s mournful mood and matter-of-factness with its grueling violence. Mileage may vary, as some have found the film too self-serious and icky, but fans of Neeson’s work in “The Grey” should definitely check it out. Bonus: the film was shot by Mihai Malaimare, Jr., the cinematographer of “The Master,” so it’s worth checking out just to see him working in a grim desaturated palette vs. the super-saturated look of Paul Thomas Anderson’s film.

“A Walk Among the Tombstones” hits theaters September 19.

Scott Frank’s detective thriller “A Walk Among the Tombstones” is, at heart, a fully old-fashioned pulp potboiler…enlivened on one hand by a committed Liam Neeson, playing a more cerebral version of his usual avenging heavy, and soured by some predictable yet relentlessly sadistic savagery toward women. Too formally well crafted to be dismissed, but too straightforward and uncurious to be particularly exciting or insightful, this adaptation of Lawrence Block’s novel ought to at least provide a healthy counterprogramming option at the box office.” Read more.

In a more daring move, Frank allows us to see the murderers on their downtime, a promising crib from “The Vanishing,” but they’re only marginally developed as characters, and the tactic ends up watering down the miniscule menace the film originally exudes. And the film’s detailing of the tragic incident that caused Scudder to hang it up as a policeman and quit the drink never resonates enough to give Frank’s cutting between the final showdown and a recitation of AA’s 12 steps the emotional impact he’s clearly looking for. Read more.

“A Walk Among the Tombstones” is well paced and fairly watchable, but it does take itself desperately seriously: Scudder spends much of the film agonising over his alkie past, while the climactic gun battle plays out to the sound of someone reading the AA’s 12 steps in a portentous monotone. The violence, too, is uncomfortably grim, ultimately hinging on the potential rape and mutilation of a 14-year-old girl. Think “Taken” meets “Taggart,” only not as much fun. Read more.

It is unapologetically icky, almost immoral, in terms of how it presents the (sexual) torture of women in its manly tale of crime fighting, but it also has a certain honesty about what it is and how it goes about its dirty business. What “A Walk Among the Tombstones” is about may be enough to cast shade on its existence, although how it is about it reveals a dramatic thriller of skill and mournful pathos. Read more.

Director Frank (“The Lookout”), whose screenwriting credits include “Out of Sight,” clearly has an affinity for the material, investing the proceedings with a darkly compelling atmosphere that recalls the best noirs of the ‘40s and ‘50s. The film benefits greatly from having been shot in various seedy NYC neighborhoods — not to mention the spooky gothic cemetery that inspires the title — with cinematographer Mihai Malaimare, Jr. (“The Master”) delivering a desaturated color palette accentuating the overall gloominess. Read more.

Still, “A Walk Among the Tombstones” is an uncommonly well-made thriller. Neeson spends most of the film in bummed-out sleuth mode, puzzling rather than fighting, commanding the screen even as his Scudder sinks into the shadows. The painstaking buildup makes the killing, when it comes, more terrifying and cathartic than is the Hollywood norm. The “Taken” films invite viewers to cheer violence; “A Walk Among the Tombstones,” with some moral force, insists that you want nothing to do with it. Read more.

This Article is related to: News and tagged A Walk Among The Tombstones, Liam Neeson, Scott Frank