‘After the Rain’ Brings A New Brazil to Festivals Worldwide 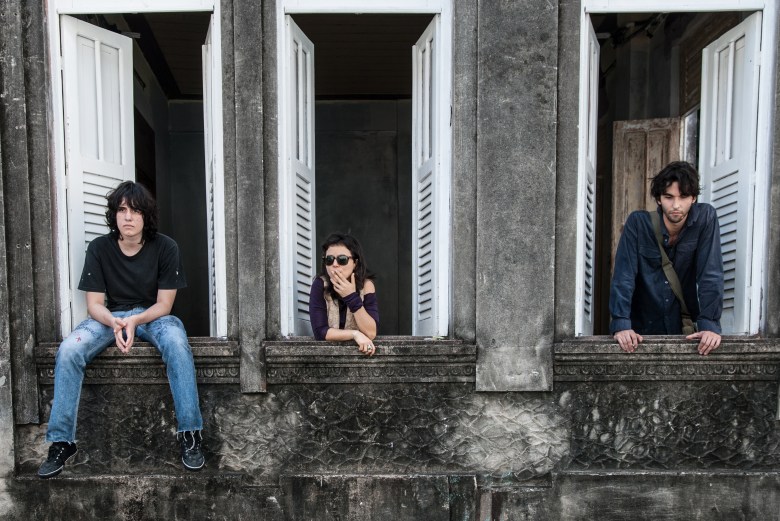 The owner of an independent cinema in his native Santiago, Bahia, in Brazil, filmmaker Claudio Marques, now in his mid-thirties, recently made his directorial feature debut with the semi-autobiographical “After the Rain.” The film had its North American premiere earlier this summer at the Maine International Film Festival, and has since been invited to the AFI Latin American Film
Festival, in Washington and to a
special screening at Boston’s Cinematheque (on September 26th). It will also be
shown at festivals across the map, in Oaxaca, Helsinki, Barcelona, Stockholm and San Juan (Argentina). Strongly committed to promoting “After the Rain,” Marques assured us that each screening will be attended by a representative of the film.

Regular collaborators Marques and co-director
Marilia Hughes received initial funding from the Brazilian government and additional
support from the Cannes and Buenos Aires International Film Festivals. In Maine, where he made his first trip to the United States, Marques told Indiewire that he preferred the freedom of low-budget filmmaking and spent most of his days in Waterville biking to lakes and jotting down notes for his next film. Not having to adhere to industrial models, he says he is able to take his time developing projects and pay particularly close attention to casting.

After several open calls and scouting at various high
schools for almost a year, Marques and Hughes finally located teenager Pedro
Maia for the lead role of Caio, a politically conscious sixteen year-old in the
midst of the first democratic elections of both his nation and school. Maia
deservedly became the youngest actor to win the Best Actor award at the film’s
premiere at the Brasilia Film Festival, where Marques also won for Best
Screenplay. The character of Caio, as effortlessly performed by Maia, nicely
captures the pivotal moments of youthful rebellion: juggling institutional
authorities, teenage hedonism, and a genuine desire for social change.

“After the Rain” oscillates between Caio’s underwhelming
school and family life and his more vibrant, punk-filled hangouts with two
older youth with whom he hosts a socialist radio program extolling the virtues
of Marxist anarchy. Into the microphone, they claim to not want to live in a
world without utopia on its map; the film remains true to this sentiment, even
after its bittersweet ending of a wavering democracy with little hope of
recovery. Helping to map out that utopia is a cute, well-grounded, and loner girl, who functions to lighten the emotional load and soften the stern, stoic Caio. Marques told me they had first cast another more
“glamorous” girl, but Maia got along better with Sophia Corral, his real-life
friend. Their chemistry is palpable—sweet, earnest, new but quickly ripening. 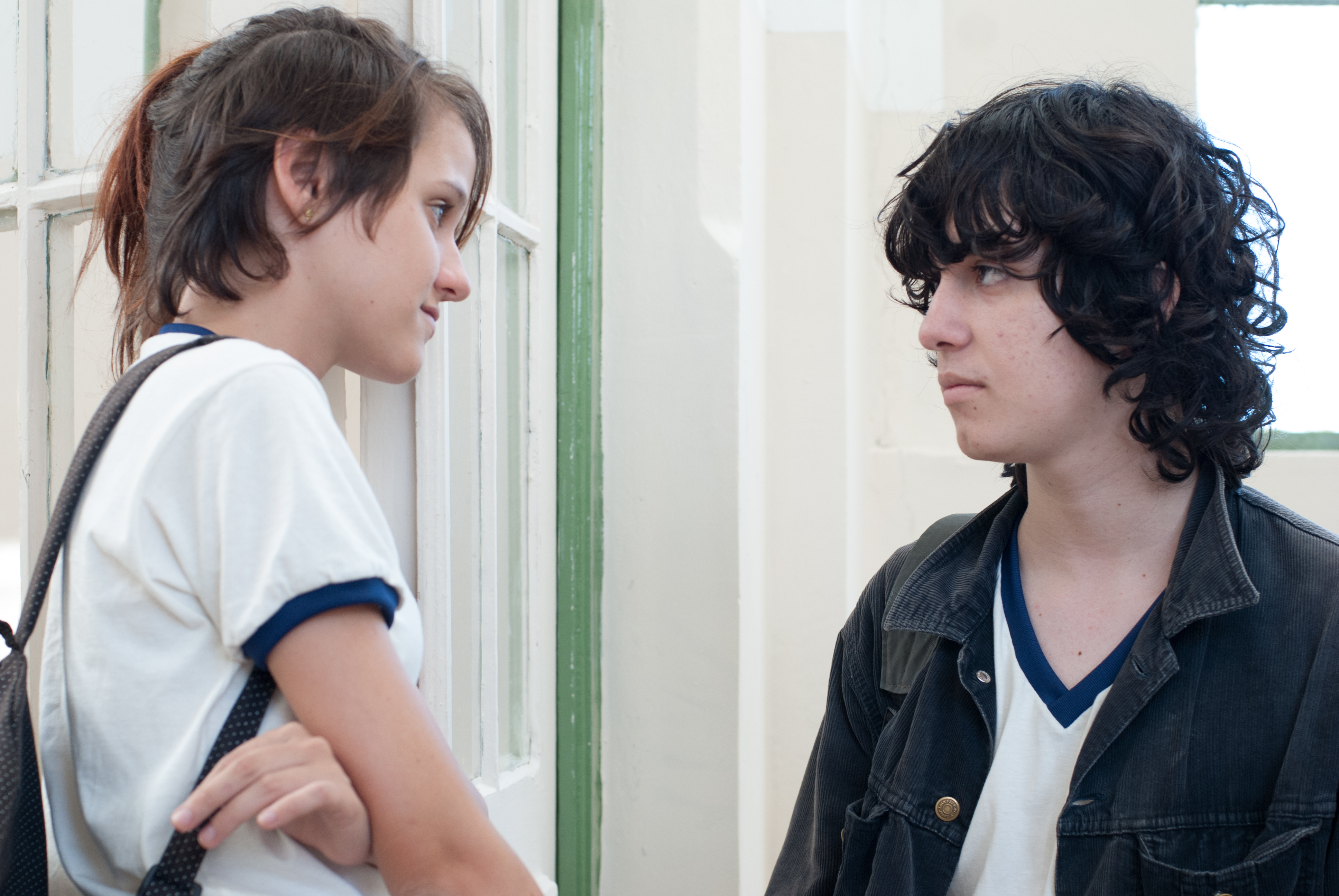 Maia’s seemingly natural performance recalls the Western European acting
of the post-World War II era, a time in cinema that highly influenced Marques’s
aesthetic, more so than the Cinema Novo of his home country. Despite his film
being more akin to the work of Olivier Assayas than Glauber Rocha, Marques was
inspired by Brazil’s cinematic production over these last years, in addition to
its boom in the 1970s.

“After the Rain” may not immediately evoke “Brazil” to foreign
audiences–or perhaps even to some Brazilians themselves– yet it is grounded
in Marques’s real and personal experience growing up in Bahia during the first
democratic elections in 1984. At the post-screening Q&A, a woman asked where the film
was shot, claiming it looked nothing like the Brazil she had seen when she
visited. After pausing to find an adequate (and diplomatic) answer, Marques spoke of his desire
to represent a different face of the country that had rarely been seen in
cinema. Later, he told me that people had often approached him and said they expected
a more “Brazilian” film, with samba and happy endings instead of a largely serious, somber affair. It pleased him to defy such expectations.

The award-winning original soundtrack, often performed live
within the narrative, sets the mood for Caio’s dissatisfaction and anger. The U.K.-imported punk is played in fusion with traditional local
instruments and with lyrics attuned to the Brazilian experience, creating a powerful
backdrop for the often-directionless angst and bewildered frustrations of the film’s
characters.

All politically motivated stories need a martyr, it seems, and the film offers one at its close; however, it is Caio’s overall trajectory, handled with more clarity and ease, that is much more convincing. Through the depiction of Caio’s high school elections, Marques wanted to replicate the general public’s process of embracing
and eventually being disillusioned by the hope of democracy. The figures that surround Caio can be seen as allegorical and he as the scrupulous rebel who attempts to effectively reconcile his anti-institutional impulses with collaborating with the powers that be. The end
leaves his fate to question; nevertheless, given that the film is based on Marques’s own
youth, it is easy to see him years later, calling on artistic means to reflect on this conflictive, sobering experience.

An audience member asked Marques if he believed that art and
music could contribute to revolutionary movements. The director,
sighing, responded, “I don’t know.” That same indecision in the film may frustrate
some viewers yet also lends “After the Rain” a soothing modesty that is both
its strength and weakness. The film offers audiences an alternative vision of
Brazil, free of tourists and locals eager to please them. Marques has emptied the screen of an American ideal and filled it with that of his youth—an
alternately dark and bright time of rejecting everything but also seeing
what happens when one finally says “yes.”

This Article is related to: Features and tagged Festivals