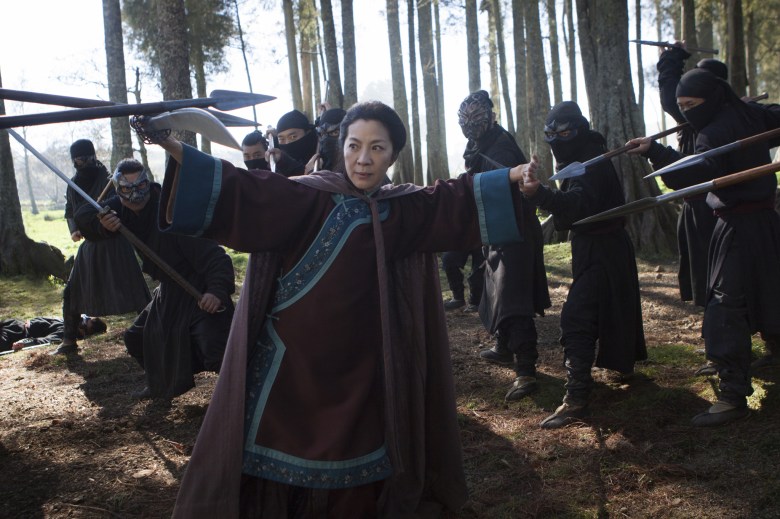 Just about a year ago at the Film Independent Forum, Netflix’s Chief Content Officer Ted Sarandos spoke about changing business models in the film and television industry. He ruffled theater owners when he called them out about resisting day-and-date releasing of films on Netflix’s streaming service.

“Theater owners stifle this kind of innovation at every turn. The reason why we may enter this space and try to release some big movies ourselves this way is because I’m concerned that as theater owners try to strangle innovation and distribution. Not only are they going to kill theaters — they might kill movies,” he said before suggesting that Netflix would like to premiere movies the same day they open in theaters. “And not little movies. There’s a lot of people and a lot of ways to do that. But why not big movies?” Sarandos asked.

Now Netflix has announced that it will premiere the sequel to the Academy Award-winning “Crouching Tiger, Hidden Dragon” on Netflix and in select global IMAX theaters on August 28, 2015. Produced by The Weinstein Company, “Crouching Tiger, Hidden Dragon: The Green Legend” will star Michelle Yeoh and Donnie Yen under the direction of Yuen Wo-Ping (“Tai Chi Master”).
In its announcement, Netflix said this was the first of several films backed by Netflix which would premiere on the same day on the streaming service and in select IMAX theaters globally. “Fans will have unprecedented choice in how they enjoy an amazing and memorable film that combines intense action and incredible beauty,” said Sarandos. “We are honored to be working with Harvey Weinstein and a world-class team of creators to bring this epic story to people all over the world and to partner with IMAX, a brand that represents the highest quality of immersive entertainment, in the distribution of this film.”

Not surprisingly, theaters owners balk at the idea of films being released day-and-date which they fear will cut into their theatrical business. In fact, Variety reports that some U.S. theater chains, including Cinemark and Regal, will refuse to screen films that are released day-and-date.

But independent films are already challenging the traditional theatrical model with multi-platform releases, including day-and-date VOD releases and ultra-VOD. So it was only a matter of time before Netflix wanted to jump on the day-and-date bandwagon.

Netflix already has an output deal with Weinstein Co. which makes the company the exclusive U.S. subscription television service for TWC’s first-run films, beginning in 2016.

TWC Co-Chairman Harvey Weinstein said, “The moviegoing experience is evolving quickly and profoundly, and Netflix is unquestionably at the forefront of that movement. We are tremendously excited to be continuing our great relationship with Netflix and bringing to fans all over the world the latest chapter in this amazing and intriguing story.”

Greg Foster, Senior Executive Vice President, IMAX Corp. and CEO of IMAX Entertainment said the company is “particularly hopeful it will play in our highly successful China market. In territories where we simultaneously release with Netflix, we are excited to offer consumers the option of deciding how, when and where they want to view the film, and exhibitors the opportunity to participate in this alternative form of content in a new and innovative way.”