Exclusive: 'The Homestretch,' Documentary About Homeless Youth, Gets Multi-Platform Release 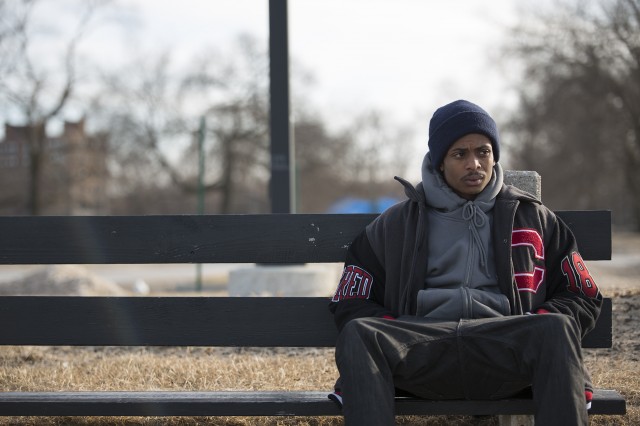 “The Homestretch,” a documentary about homeless youth in Chicago which premiered at Hot Docs 2014, will have a multiple platform release via various distribution platforms, Kartemquin Films and Spargel Productions announced today.

Produced and directed by Anne de Mare and Kirsten Kelly, the film will be released on digital platforms in North America by The Orchard on November 21st.

As part of the announcement, co-producers Kartemquin, the 48-year old nonprofit media collaborative most recently behind the Steve James Roger Ebert documentary “Life Itself,” “The Interrupters” and “The Trials of Muhammad Ali” said they are expanding their role and handling theatrical distribution in partnership with social impact strategists Picture Motion, and theatrical-on-demand web platform Tugg.

READ MORE: The Making of “Lost for Life,” A Powerful New Documentary About Juvenile Murder

An opening week premiere theatrical run, just ended yesterday at Chicago’s Gene Siskel Film Center, sold out 9 of 13 screenings, grossing over $16,000, according to Kartemquin. The film will open in New York November 21.

Leading independent DVD publisher Bullfrog Films has taken the North American educational and non-theatrical rights. The DVD release is scheduled for early 2015.
Independent Television Service (ITVS) previously signed on as Executive Producers, and the film was selected for the Corporation for Public Broadcasting’s American Graduate Initiative. PBS Independent Lens will broadcast “The Homestretch” in April 2015 and host free screenings in as many as 50 cities through their Community Cinema program.

“After working on this film for so long, it is gratifying to know that we will be reaching a wide, diverse audience across multiple platforms,” said Anne de Mare and Kirsten Kelly in a statement. “Our goal is to get this film to the people who need it most.”

The film’s Impact Campaign, which is being spearheaded by Impact Producer Erin Sorenson, in partnership with the filmmakers, Picture Motion and Kartemquin, has multiple goals including raising funds to give supplies to homeless youth and shelters.

“All through production, Anne and Kirsten were building local and national partnerships and thinking about the impact this film could have on homeless youth,” said Justine Nagan, executive director of Kartemquin Films. “We’re really confident that this is the right strategy for achieving their goals, and pleased to have assembled a group of distribution partners who believe in the film as passionately as we do.”

A co-production of Chicago’s Kartemquin Films and New York’s Spargel Productions (“Asparagus! Stalking the American Life”), “The Homestretch” has screened at The Human Rights Watch Film Festival in New York and AFI Docs Festival in Washington DC. The film will continue to make select festival appearances through the fall and winter, including playing in the Human Rights Watch Traveling Film Festival.

READ MORE: How to Measure Your Film’s Social Impact & Make it Count