Is Shooting on Film Worth the Money? This Up-and-Coming DP Thinks So 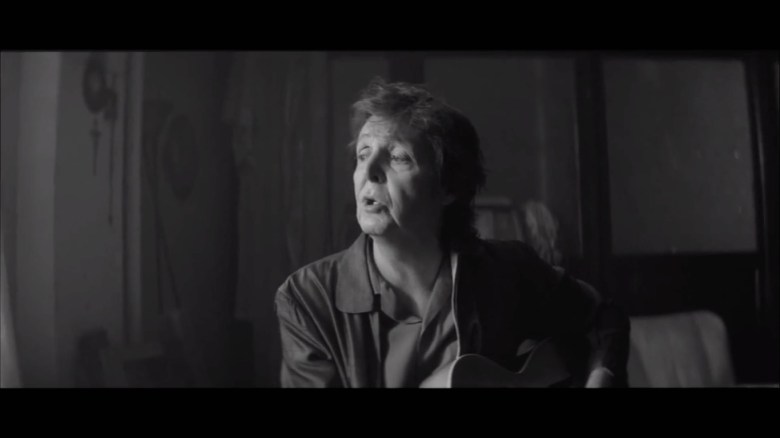 Evan Prosofsky is one lucky dude. Not only does he have the attention of some of the top musicians in the spotlight today, he’s getting to shoot their music videos. On film.

Yes, you read right. It’s not just Christopher Nolan and Martin Scorsese demanding the studios put their money where their creative mouths are and rally to keep Kodak around. Lesser-known cinematographers like Prosofsky are literally taking stock in the situation and making decisions accordingly, immortalizing Paul McCartney, Grimes, Arcade Fire, Lana Del Rey and more on Kodak stocks.

Indiewire was able to catch Prosofsky in between a commercial shoot in Greece and a short film with frequent collaborator Emily Kai Bock in order to gain a little insight into his motivations and musings about his first love: Kodak film.

How do you ‘convince’ producers that film is worth the money?

That’s a really tricky subject to breach, I guess because the “problem” is so multi-faceted. I’d say the first hurdle is making sure the director or creative supports the approach. If the director understands what film could bring to their project, that’s an incredible asset to have. As a cinematographer, if you’re willing to realize that the director is ultimately the arbiter of the image – not you – it empowers you to find a collaborator who is already on the same wavelength, which is amazing. I’ve been lucky enough to work with directors that already love film and know me for loving it too.

It follows from there that good producers aren’t ones to fight with a director over something as important as the image, and so it all stems from that initial relationship. Once we’ve decided on the best possible format, then I’ll talk to the producer about the reality of what we can actually afford: how much film, what camera (sync/MOS), what lenses, what stock, etc. Something else I’ve found to be super helpful, (specifically in music videos where usually you’re working with a younger producer and a younger crew), is simply explaining to them the real cost of film. If I had to make a generalization, I’d say that more experienced producers are used to budgeting for big features and commercials that pay full cost for film so their cost breakdown is unrealistic, and young producers usually don’t have enough experience budgeting for film, so they’re too scared to even try or wrap their head around it. If they just make a call to Kodak and hear that it’s $300 dollars a can — Of course, they’re not going to go for that.

So you have these decisions being made before the director even knows it’s a real option. Young filmmakers are being scared off by misinformation and the rapid gap between digital and film. For instance, at least in music videos, I’d say 90 percent of them are filmed on an Alexa, so its not exactly encouraging as a young director to ask your producer about film when the general consensus would imply its nonexistent.

The best thing I’m ever able to do is suggest that I own a 35mm camera, and the savings there alone outweigh the cost of renting a digital camera for the weekend, so the money can be put into stock and scanning. Usually, I actually find people let their guard down quite quickly and are really excited to hear that film is affordable. I’m not sure I’ve ever heard somebody from production wonder why we’d want to shoot on film, so it is really rewarding to show a director or producer who’s never shot on it that it’s still a legitimate reality with a bit more effort and research. 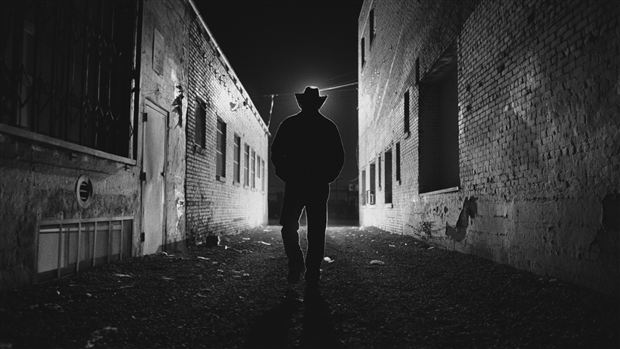 How much money does it cost to shoot on film, actually?

It definitely all depends on how much you film, but I’ve done shoots that were cheaper to do on film than on digital because we kept our shooting ratio so low. On Grimes’ “Oblivion” and Sebastien Schuller’s “Nightlife,” I worked with Emily Kai Bock, who was confident in a minimalistic coverage approach and understood a low shooting ratio with film was better than unlimited shooting with [a digital package]. So I wrangled on old ARRI 35-III from a local rental house I volunteered at and shot something like 20 minutes of short ends. We rented two little Zeiss Super Speeds, an 18mm and a 35mm – they were small enough that I could keep one in each pocket – and Emily would keep an extra mag in a backpack. We could walk around like a little documentary film crew but shoot 35mm. It was amazing. Our budget for Schuller was $7,000, which was a bit bigger than on Grimes, so we upped the anti and were even able to shoot with Master Primes and I suppose we had two backpacks instead of one that time.

Do you choose film from a technical standpoint or out of principle? Perhaps both?

I remember when I started out shooting little skateboard films with my friends, on a Mini DVCAM. I’d watch the footage back and just be disgusted with myself as to why it didn’t look like the intro to “Yeah Right” (my favorite skate film directed by Spike Jonze with scenes on 35mm). It was so beautiful. I remember the day I finally found out it was shot on 35mm – it was a revelation. I went to the local rental house and took out their ARRI 35-III. Looking back, I can’t believe they’d let me take it with no training, but somehow I would just run around my neighborhood with it and tried my best to learn to make something that trumped what I was getting with my little digital skateboard film camera. Ever since then, I haven’t really been interested in anything else. I’ve never loved how complicated digital cameras are, for instance. The menu on an Arriflex 435 is one of the most beautiful, hilarious things to me: There is this big green ‘Run’ button and a display that says 24fps and that’s basically it. It’s fool proof. I’ve taught my best friends from high school how to load film for me and operate the camera in all of five minutes, and now one of them is my second. I’m not sure I’d be as confident to pull that off with an Alexa.

How and why should film stick around?

There are probably a million little reasons, but on a basic level, as a piece of film history, a document of technology, and as somebody who wants options to give a director, film has to survive. We need to have every possible tool available to us. It fills me with indescribable dread to imagine a day I have to tell a friend, ‘Sorry, we can’t shoot your film on 16mm. There is nowhere to buy it and nowhere to process it and nowhere to scan it.’ How terrible would that be?

Some of the most beautiful and iconic films in cinema history were made on film, and it’s great that as young filmmakers we have the chance to experiment with the same format. Sure, the stocks are a bit better, the cameras a bit lighter, but we’re using the same tools they did over 100 years ago, it’s absolutely amazing. Can you imagine if Tarantino wasn’t making ‘Hateful Eight’ on 70mm? Or if Nolan wasn’t bringing back IMAX? It would be a sad, sad day for me. I know if I’m ever having a tough time on set, looking down at the camera fills me with excitement and pride, hearing film roll through the camera, it’s thrilling. I know I’m a nerd, but the experience is absolutely amazing and right now I can’t imagine making a film without it.

Do you plan to move into features? If so, will you always demand film?

I hope so! But I want to shoot on whatever the best format for the job is. Ninety-nine percent of the time, it ends up being film. If there’s ever a way to make it work, rest assured I’ll try my best to do so. But I’m excited for the future of cinema and can’t wait to see what happens with new formats.

This Article is related to: Toolkit and tagged Cinematography, Features, Kodak, Music Videos