Now Streaming: 'It's Such a Beautiful Day' and 'Los Angeles Plays Itself' 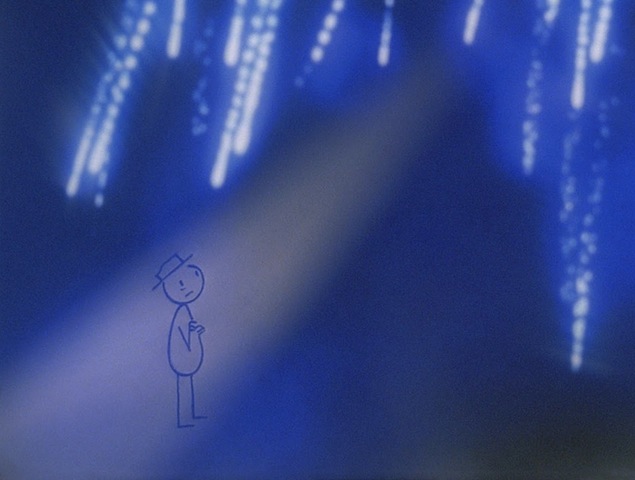 iTunes has a pair of great, idiosyncratic films out today. The first is “It’s Such a Beautiful Day” from animator Don Hertzfeldt, who recently got everyone’s attention with a bizarre “The Simpsons” couch gag featuring his characteristically crude, hilarious animation. The film is a compilation of three related animated short films (“Everything Will Be OK,” “I Am So Proud of You” and the titular short) about a man dealing with mental illness and questions about the meaning of life. It’s one of the best animated films of the past decade, with Hertzfeldt’s mixture of surreal humor, unsettling images and in-camera effects and existential inquiries serving as proof that he’s one of the most underrated filmmakers working today.

Also out today is Thom Andersen’s landmark video essay “Los Angeles Plays Itself,” which chronicles the use of the city in film. Long unavailable commercially due to rights issues, the film is finally seeing release thanks to Cinema Guild. Andersen uses clips from films like “Chinatown,” “Blade Runner,” “Sunset Blvd.” and “Annie Hall,” among others, to show how the movies have represented Los Angeles (he hates the nickname “L.A.,” saying it implies inferiority) as a wasteland, a trap, a form of hell, and how Hollywood filmmakers show strange glee in destroying Los Angeles landmarks. Viewers will likely vehemently disagree with Andersen’s points as often as they agree with him, but the deeply personal film is invaluable as a conversation starter, not to mention as a look at how Hollywood views the city it’s a part of.

“It’s Such a Beautiful Day”
Criticwire Average: A-

The director’s mash-ups of forms, avant-garde collages of images, objects and lights, were never more prominent as he used them to visualize the poor protagonist’s slipping grasp on reality as his mind slowly rebelled against him. Read more.

This Article is related to: News and tagged ITunes, New On VOD, VOD