Review: 'The Look of Silence' is Joshua Oppenheimer's First-Rate Followup to 'The Act of Killing' 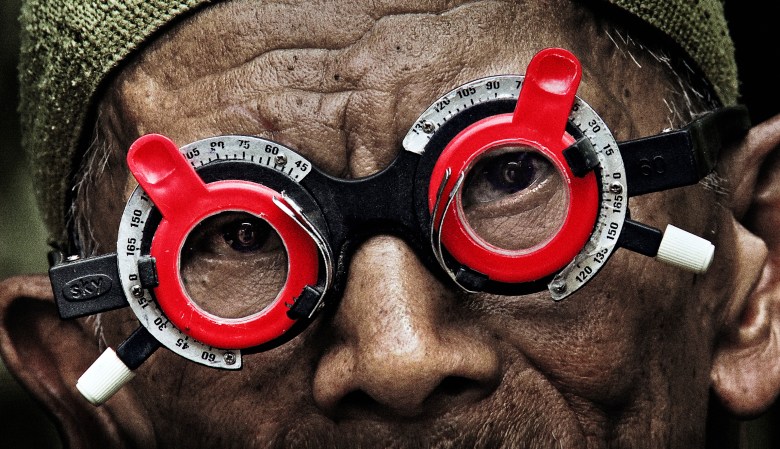 Joshua Oppenheimer’s startling 2012 documentary “The Act of Killing” explored the trauma of the 1965 Indonesian genocide through terrifying presence of its perpetrators, aging gangsters who boasted of their murderous achievements. The filmmaker went so far as to allow the men to reenact the horrors in embellished fashion, putting a closeup on corruption with no real cinematic precedent. “The Look of Silence,” Oppenheimer’s followup, takes a less outwardly daring path — but even as it quietly engages with the same topic, its intentions are more audacious.

As with “The Act of Killing,” Oppenheimer prefaces his movie with a title card explaining how the Indonesian military killed a million people over the course of a year after it overthrew the government. One of the victims was the younger brother of a man named Adi, an optometrist living quietly with his wife and young children in a small village. The centerpiece of “The Look of Silence,” Adi launches on an unsettling mission to track down countless retired torturers — under the guise of paying them medical visits — to ask them about their behavior. The result is the opposite of the unnerving showmanship that dominated “The Act of Killing.” A soft-spoken, levelheaded interrogator, Adi is an object of continual fascination as he attempts to get real answers from unwitting and potentially dangerous men.

Compared to “The Act of Killing,” Oppenheimer’s technique with “The Look of Silence” is deceptively simple, but it applies a more traditional style of documentary storytelling to extraordinary goals. Oppenheimer contextualizes Adi’s plight by fleshing out his family life: He regularly cares for his 103-year-old father, a wizened, senile shell of a man who thinks he’s still a teenager, while keeping his weak-willed mother at bay. While she tenderly recalls losing her other son, her reticence to discuss it strikes a notable contrast with Adi’s desire for confrontation. 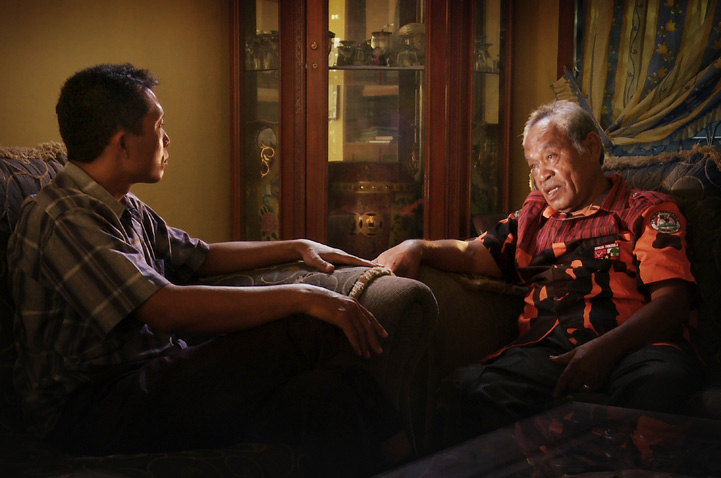 But Adi, who lives a humble life with his children of his own, feels a different sort of pressure. Oppenheimer shows us footage of Adi’s son receiving propagandistic lectures at school, where he’s taught that the genocidal antics were justified. As a result, “The Look of Silence” chronicles a generational shift terms — from complaisance to activism — through an intimate lens. Adi’s sense of responsibility is personal.

His ensuing conversations with various torturers — and in several cases, their mortified adult children — form a natural response to “The Act of Killing,” which evaded any direct showdowns in order to present the torturers’ lunacy in unfiltered terms. Adi’s questions change the equation, but come no closer to convincing the men of their guilt. When he asks them to explain their actions in moral terms, Adi is confronted by non-answers. “If they’re bad people,” one killer says, “you hack them up.”

While he may not arrive at any real answers, Oppenheimer stages Adi’s plight in poetic terms that enhance the portrait of his ambition. The movie’s chief visual signifier is a set of colorful lenses that Adi places over the eyes of various men while measuring their vision and asking them about the past. The result, of course, is an attempt to make the subjects see clearly in more ways than one.

The rest of the movie applies a similarly lyrical approach. Though Adi never engages in prolonged monologues to express his grievances, Oppenheimer implies the depth of the man’s frustration by capturing him seated in front of a television, watching footage of Oppenheimer’s interviews with two boastful torturers. The synthesis of this unsettling material and Adi’s solemn face says more than any dialogue could accomplish. (That would be the eponymous look of silence.) In another effective visual metaphor, Oppenheimer cuts to butterfly larvae gently twitching from the convulsions of the insects inside, poignantly suggesting that the prospects of a better tomorrow are embedded in the restrictions of the moment.

Even so, “The Look of Silence” is far from idealistic. Adi’s quest never yields the answers he’s looking for. Speaking with the offspring of various murderers, he’s more regularly met with anger and resistance than remorse. Through this resistance, Oppenheimer exposes an issue yet to be resolved by magnifying the denial and self-aggrandizement threaded into the national climate. “Your questions are too deep,” says a former squad leader. “I don’t like deep questions.”

But “The Look of Silence” finds Adi asking them anyway. Despite the subdued narrative, Oppenheimer’s approach still features a transgressive quality. Since many of the perpetrators of the genocide remain in power, Adi has put himself in the line of fire with his participation. But that very sense of danger gives “The Look of Silence” an immediacy it would otherwise lack. Whereas “The Act of Killing” isolates certain evil temperaments, its followup charts a bold path towards doing something about it.

“The Look of Silence” screened this past week in Venice and Telluride ahead of an upcoming engagement at the Toronto International Film Festival. Drafthouse Films will release the movie in July 2015.