Review: 'Z Nation' Isn't the 'Walking Dead' Parody We Need, But It's the One We Deserve Right Now 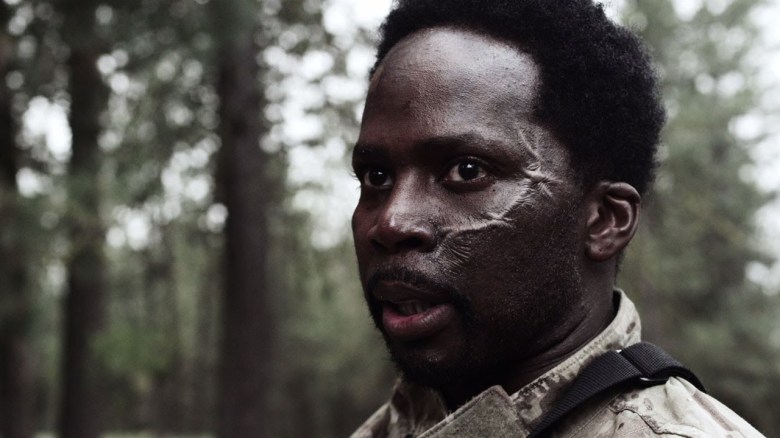 With those iconic (and ironic) words, Heath Ledger’s character in “The Dark Knight” ushered in a new era of ridiculous stories being taken far too seriously. Nolan’s films strived to establish the world of Batman as one based in reality, justifiably making the events taking place in Gotham all the more powerful. Yet since then, studio writers, directors and many fans got mixed up. They saw drama without context as being of higher value than anything else, no matter the cartoonish nature of the material. The idea may have reached its pinnacle in the summer of 2014, when an ape carrying two machine guns rode a horse through a wall of fire and people didn’t bat an eye. “Dawn of the Planet of the Apes” scored a 90 percent “fresh” rating from critics on RottenTomatoes.com and raked in more than $206 million in the U.S. alone.

Why? It took itself seriously. It didn’t crack self-effacing jokes or even acknowledge that what was happening on screen was impossible. “The Walking Dead” is guilty of similar transgressions, asking its audience to dive deeper into a dark world where reanimated corpses carrying poisonous venom in their blood have crushed civilization and ruined what’s human about the surviving members of our race. It’s a dark world on AMC, and it’s only getting darker.

This is why when The Asylum, the satirical production company and social media masterminds behind “Sharknado,” set their sights on the zombie genre, a few people perked up. Finally! A show about gruesomely re-murdering thousands of the living dead that doesn’t make you want to kill yourself after each episode! Even fans of the “The Walking Dead” could use a release after surviving those tense episodes. 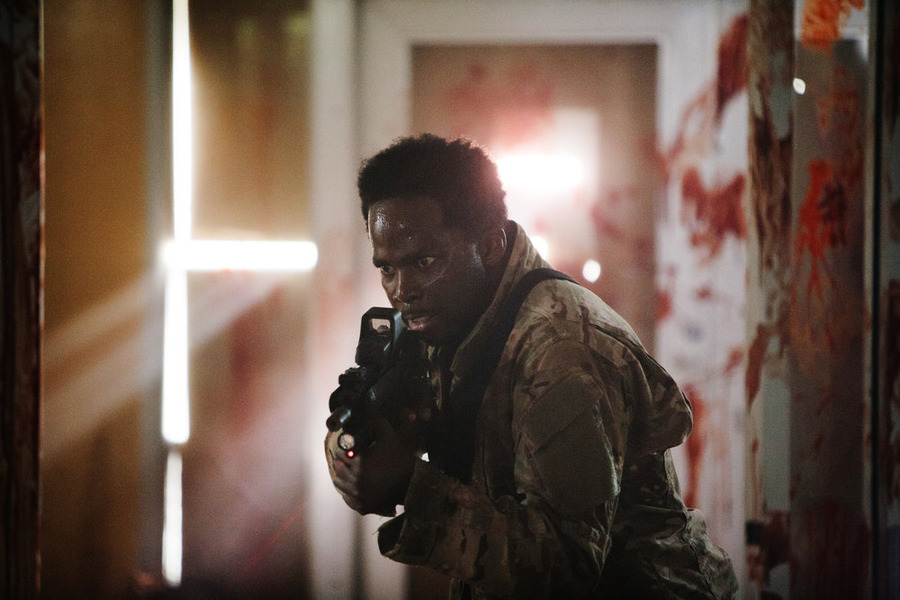 “Z Nation” doesn’t provide it. While there’s plenty to laugh at — similar to “Sharknado,” “Z Nation” knows it’s bad — SyFy’s latest original series doesn’t revel in its absurdity or take the necessary creative leaps to surprise an audience already too familiar with the various ways to crush a skull. Karl Schaefer’s creation doesn’t spring to life as rapidly or rabidly as the well-made up zombies do, and that’s a real shame.

After a quick voiceover introduction explaining the “100 percent infection rate” and that “there is no cure,” we’re thrown right into the action as Lieutenant Hammond tries to flee a prison packed with zombies — referred to as “Zs,” a new ineffective tag whether or not if it’s meant as mockery or intended to be cool — and save the lives of doctors still hoping to find a cure (not sure why that’s the first thing we see since we were told there is none only a few seconds earlier). Played by ex-“Lost” islander Harold Perrineau, we’re at least given a familiar and fun face to walk us through the first 43 minutes of “Z Nation.”

Surprise zombie pop-ups and a few sort-of clever camera framings make these first few minutes satisfactory, but even as the mysteries stack up throughout the hour — why is this transported man so important? why can’t Tom Everett Scott kill the infected anymore? who’s this silent youth sniper? — none of it amounts to anything substantial. We can only be entertained for so long by the notion of that guy from “That Thing You Do” beating in zombie brains, especially when the material seems beneath even him.

Just when you think Schaefer’s show is headed in the right direction, it kicks back into neutral. At one point, a character says, “God, I hate moral dilemmas,” and it seems like he’s bringing in a much-needed meta reference to the heavily expository dialogue being shared. But he’s not. Things move on as if he was cracking a joke in an ’80s action flick, not a smarter-than-thou aughts TV show. There’s more juicy dialogue, including “Let him go or I will send you to walk among the dead,” and a howler I can’t give away without spoiling the episode’s best twist. Yet none of them are quite memorable enough to be considered “great” bad lines, and it feels like many were cribbed from bad movies instead of being written for one.

The final act twist almost makes “Z Nation” fun enough to keep watching, and it would be nice to have hope while watching a zombie show, for once, even if it’s just hope that it gets better. Sadly, the kicker for Episode 1 still isn’t sharp enough to let the air out of the self-important balloon we’re all still trapped inside. Considering the profits of the films and shows inside said balloon, though, “Z Nation” may be exactly what we all deserve.

This Article is related to: Television and tagged Reviews, Sharknado, Sharknado 2: The Second One, Syfy, Syfy Network, Television, The Asylum, TV Reviews