Talk Of Big Oil, Car Hacking and More Go Down at NYC Premiere of 'Pump' 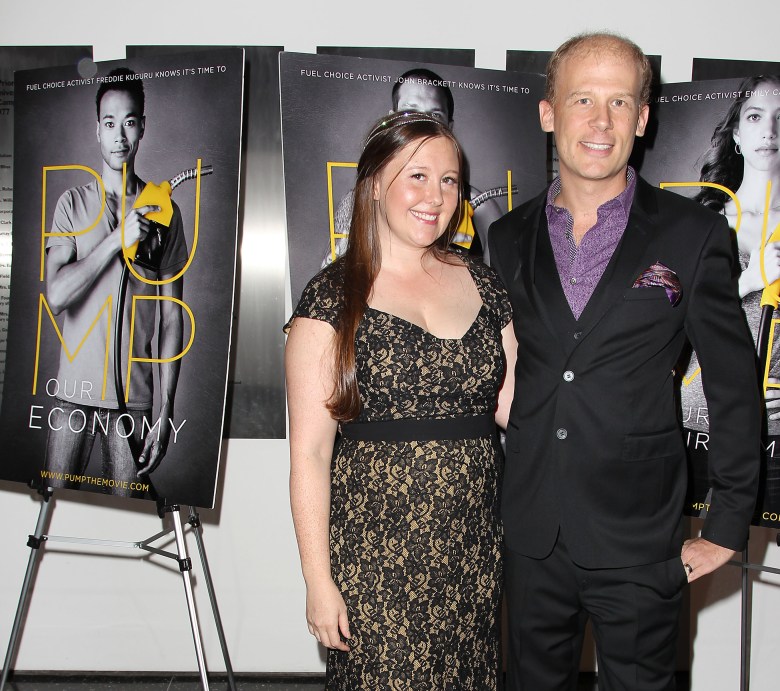 America’s love affair with the car is as patriotic and as deep rooted as the American sensibility to have a choice — when it comes to clothing, food, religion and voting for political leaders. The one arena where most Americans don’t realize they have options is when it comes to oil. And that’s where the documentary “Pump” aims to hit home in its 88-minute venture into how the U.S. is dominated by an oil monopoly that can be broken through competition of fuel alternatives at the gas pump. Yesterday evening, the Metropolitan Museum of Art set the scene for the New York City premiere of “Pump,” a movie directed by Josh and Rebecca Harris Tickell, produced by Eyal Aronoff, Yossie Hollander, Jana Edelbaum and narrated by Jason Bateman.

Mr. Tickell directed and won at the 2008 Sundance Film Festival for “Fuel,” a film that started the couple’s journey in analytically surveying the ins and outs of the oil business. “Fuel” looked at American’s dependence on foreign oil. Mr. Tickell and his wife returned to oil once again in 2012 with the film “The Big Fix,” which tackled the 2010 oil spill in the Gulf of Mexico. That film premiered at the Cannes Film Festival. “Pump” is the duo’s third installment in their chronicles on the U.S.’s “black gold” and delves into the options Americans have for cleaner, cheaper and accessible fuel alternatives for their vehicles.

Despite the sobering subject matter of the film, the New York City premiere was anything but a dull roar. The main lobby of MoMA was amass with lively bodies, the directing couple making their rounds and taking the time to chat with Indiewire on the film’s big night.

“Between making a film, having a baby and getting here to premiere it — it’s been a whirlwind,” Mr. Tickell said. “We’re pretty exhausted actually.”

During the making of the documentary, the couple gave birth to their daughter. Mrs. Tickell added, “By the time you finally get to the point where you can show the movie to somebody — it’s been a two year journey — and you put your heart and your blood and your tears into it, it’s a relief the moment the movie finally comes out.”

Other faces at the premiere included twin brothers Dan and Josh Braun, co-presidents of Submarine Deluxe, the company releasing “Pump.”

“I came on board, I saw a rough cut and really responded to the film,” Dan Braun said. “There were things I didn’t know about that I thought I knew. One thing in particular is the fact that you can literally hack into your own car and change it into a flex-fuel car. It happens to be technically illegal, but you can actually do it. This is literally the start of a hacker revolution that’s thinking of your car as a computer.”

The post-screening celebrations took place at Upper East Side hotspot Harlow, where conversation buzzed on not only on how the documentary managed to be education and instructive, but understandable to the average person not familiar with the lingo that comes with the production of ethanol and methanol oil.

“Pump” will open in theaters in New York and Los Angeles on September 19.