The 11 Indie Films You Must See This September 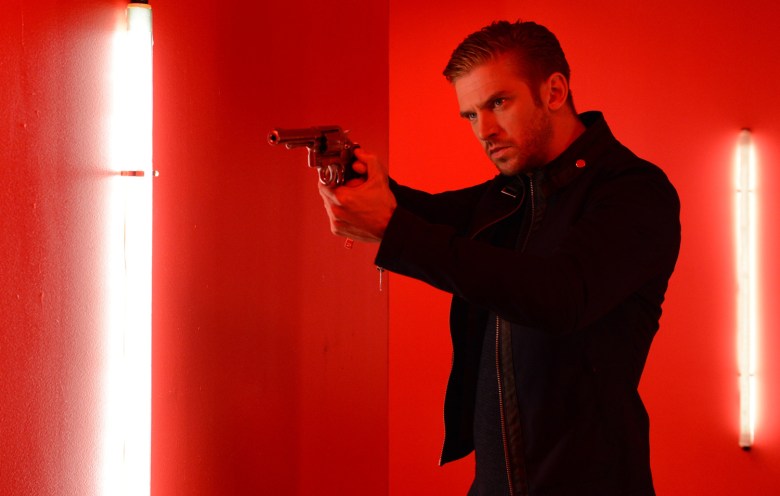 Why is it a “Must See?” “The Disappearance of Eleanor Rigby: THEM” is the third installment in Ned Benson’s first major feature film starring Jessica Chastain and James McAvoy as Eleanor and Conor, young lovers struck by tragedy which leads to the ultimate disappearance of Eleanor herself. The previous installments “Her” and “Him” are told from the perspectives of male and female leads. “Them” is a merging of the two tales, delivering what is meant to be a final, cohesive narrative. The film itself isn’t so much rooted in the plot of lovers and their fall from grace, but rather, the journey of their tumultuous  relationship.

Why is it a “Must See?” Craig Johnson’s well-received black comedy touches upon themes of life, death and how deep familial ties can ruin, run and re-inspire. That said, Johnson’s film is much more than your run-of-the-mill drama. Former “Saturday Night Live” stars Bill Hader and Kristen Wiig star as estranged twins who manage to beat death at pivotal moments in their lives.The film is full of tongue-in-cheek pop cultural self-awareness and pithy one liners. Yet the duo’s on-screen chemistry spreads layers of poignancy over the humor. Hader’s portrayal as a failed actor in tow with Wiig’s desperate housewife in “The Skeleton Twins” is heavy enough to stir emotion but light enough to prevent the glass from tipping over.

Why is it a “Must See?” This is James Gandolfini’s final movie. In Belgian director Michael Roskam’s crime drama, written by author Dennis Lehane,  Gandolfini, Tom Hardy and Noomi Rapace dive into the visceral depths of New York underground. Hardy plays the ex-con Bob Saginowski, a New York bartender trying to do good, yet involved in the local “money drop” scene for gangsters. The tables turn when a robbery goes wrong and sets in motion a series of events where wills are put to the test.

Why is it a “Must See?” Dan Stevens, best known for his character Matthew Crawley on “Downton Abbey,” now leads in director Adam Wingard’s action-packed thriller, “The Guest.” Stevens takes on the role of David, an Iraq war veteran who takes up residence with the family of his fallen comrade. But there’s more to the charming David than meets to eye–and even the trailer makes it unclear what his true motives are. The film is a sharp divergence from “Downton”‘s historical amenities as we get to see a grittier side to Stevens, complete with an American accent to match his bar brawling and gun expertise. An overall varied cast partnered with Wingard’s penchant for comedy-horror should make “The Guest” a darkly delightful romp.

“Why is it a “Must See”? If you’re interested in documentary filmmaking and want to delve into an unusual tale about a beloved Australian musician, “20,000 Days on Earth” may be right up your alley. The film follows acclaimed musician Nick Cave and is a fictitious exploration of 24 hours in his life, specifically looking at his 20,000th day on Earth. The film garnered positive reviews when it premiered at Sundance and is more than just a biographical film.

Why is it a “Must See”? Winner of the Queer Palm at this year’s Cannes Film Festival, “Pride” is a drama film that looks at two very different groups who come together at a pivotal moment in English history. In 1984, the National Union of Mineworkers went on strike, which inspired the LGBT community to raise money to support the strikers’ families. Inspired by this very real time, the film chronicles the unlikely pairing between two communities that brought on change.

Why is it a “Must See”? “Tracks” is based on the true story of Robyn Davidson, a woman who crossed almost 2,000 miles of the Australian deserts with only camels. The film, which stars the always-reliable Mia Wasikowska, chronicles this incredible journey, which was documented by a National Geographic photographer (played by “Girls” star Adam Driver). On Wasikowska’s performance, Indiewire’s Eric Kohn said, “she gives ‘Tracks’ a level of depth that nothing else in the movie can provide.”

Why is it a “Must See?” For one, “The Zero Theorem” is directed by Terry  Gilliam, the acclaimed director behind films such as “Brazil” and “12 Monkeys.” The drama looks at the efforts of a computer genius, a man who tries to determine whether or not life has any meaning. It boasts a fantastic cast and just the concept is wacky enough to make it a film to watch. Although it’s received mixed reviews, it is a Gilliam film through and through and for many that will be enough.

Why is it a “Must See?” Winner of the World Cinema – Documentary Audience Award at the 2014 Sundance Film Festival, Nadav Schirman’s Israeli documentary thriller tells the riveting story of Mosab Hassan Yousef. The son of Hamas leader Sheikh Hassan Yousef, Mosab was arrested and interrogated by Israel’s security service, the Shin Bet, for smuggling guns at age 17. While detained, the prisoner turned against his Palestinian roots and agreed to spy for Israel, becoming the country’s most valuable asset within the Hamas leadership for over a decade (1997-2007). Mosab’s 2010 autobiography “Son of Hamas” is the inspiration behind Schirman’s pulse-pounding feature film, which combines aerial surveillance footage of Israel, beautifully constructed reenactments and an intense score from Max Richter (“Waltz with Bashir”) to create a humanistic portrait of its espionage subject.

Why is it a “Must See?” Following its warm reception earlier this year at the 2014 Sundance Film Festival, writer-director Tim Sutton’s “Memphis” finally makes its way to select theaters this month. A soul-searching musical drama that takes emotional melodies out of the studio and onto the streets, “Memphis” stars Chicago-born musician Willis Earl Beal as a strange drifter who wanders around Memphis city as he waits to fulfill a recording contract. Though his God-given talents have brought him this far, the drifter questions his relationship with music and is driven by his own core of self-discovery as he runs into beautiful women, a religious preacher, and a group of kids over the course of his long day. With an astounding soundtrack that does the titular city justice and direction that gives the proceedings a poetic lyricism, “Memphis” is a dreamy journey through the mind of a brilliant musician.

Director: Sam Cullman, Jennifer Grausman, Mark Becker
Criticwire Average: A
Why is it a “Must See?” The emotionally absorbing documentary “Art and Craft” has been garnering critical acclaim all year long on its road across the 2014 festival circuit, particularly at its Tribeca Film Festival debut in April. The story is centered on Mark Landis, one of the most prolific art forgers in the United States. For more than 30 years, Landis has duped art galleries across the country by posing as an affluent philanthropist and art patron wishing to donate rare works from his collection. But the “gifts” that he is bequeathing are actually precisely constructed reproductions of Picasso, Matisse and more that he himself has painted. The resulting documentary is both an empathetic representation of talent and well-rounded, compassionate portrait of an outsider with extreme artistic obsessions and some degree of misdiagnosed mental illness.

This Article is related to: Features and tagged 20,000 Days on Earth, Art and Craft, Lists, Memphis, Pride, The Disappearance of Eleanor Rigby: Them, The Drop, The Green Prince, The Guest, The Skeleton Twins, The Zero Theorem, Tracks