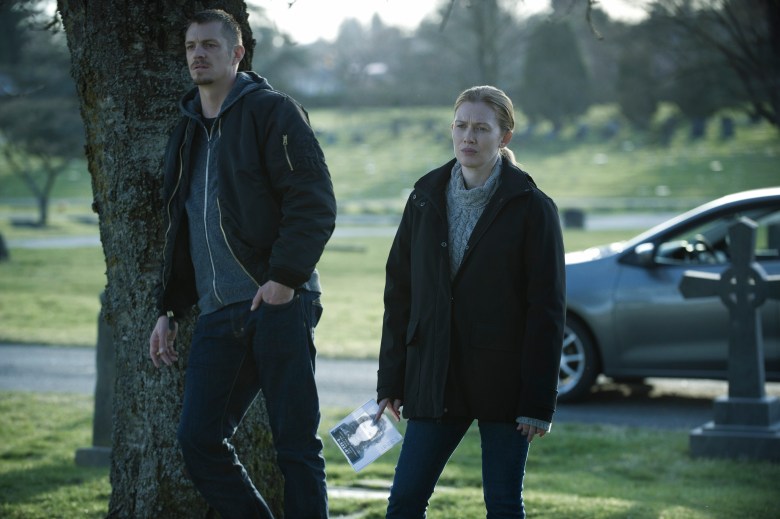 [Warning: Spoilers for all four seasons of “The Killing” follow.]

If there’s any series that could best be described as “Sisyphean,” it’s “The Killing.”

No show gave its fans so much hope at the beginning of each season that this one would end differently than the last… only to fall apart at the end and make you wonder why you spent all those hours watching Seattle detectives Sarah Linden (Mireille Enos) and Stephen Holder (Joel Kinnaman) chase down bad lead after bad lead and smoke cigarette after cigarette. Every year, fans rolled that rock up the hill of fine acting, great dialogue and stunning visuals, only to be crushed as it rolled back down, thanks to the end of the season making no sense, or executed so poorly that you found yourself yelling at the screen.

The show’s fourth and final season, which debuted on Netflix in August, was no exception. In the first five of its six episodes, it tightly wove together two stories, including one carried over from the previous season: As Linden and Holder try to keep it together while the disappearance of Linden’s former lover — and Pied Piper killer — Lt. Skinner (Elias Koteas) is investigated, the pair try to solve the murder of the family of military school student Kyle Stansbury (Tyler Ross) while being stonewalled by the school’s emotionally stunted commander, Col. Margaret Rayne (Joan Allen).

The show dove more deeply than it ever had before into the inner lives of its main characters, showing Holder questioning his ability to be a father while falling off the wagon, and Linden trying to figure out whether or not she’s a good person — and not just because she killed Skinner and is trying to cover it up. Allen did a fine job as the commander with something to hide, and we even got to see that Reddick (Gregg Henry) was a real cop with good investigative skills, as he put together the pieces explaining why Skinner disappeared.

Then came the sixth hour and everything went to shit. It turns out that Kyle really did kill his family during a rage blackout, and that Rayne was covering for him because — hold on to your epaulets! —  she’s really his mother! Then, after Skinner’s body was found and Reddick had Linden dead to rights, she decided to be the bigger person and confess.

READ MORE: 9 TV Creators Who Must Come To The Big Screen

All of a sudden, a blast from the past wheels in (literally): Mayor Darren Richmond (Billy Campbell), who was shot in Season 1 because Linden was convinced he killed Rosie Larsen. Seems like the city of Seattle wants to bury the idea that one of their decorated police detectives was kidnapping and killing young girls, so as far as they’re concerned, Skinner killed himself. “You put me in this chair,” he growled to Linden. “I would gladly lock you up for the rest of your fucking days.” Oofah. Was bringing back Campbell really necessary here? Linden goes through all of this angst just to be told that the city is sweeping it under the rug?

If that were the ending, it would have been okay. But where the show really stumbled is in the last scenes, which seemed tacked on after Sud realized that the show wasn’t coming back. Linden comes back to Seattle after some time away; Holder’s kid is five now, and he’s a youth counselor. After some exchange of dialogue — spoken while the two were standing way too close to each other — that would have been more suitable to a Katherine Heigl rom-com, Linden decides to stay in Seattle and (gulp!) see where things go with Holder romantically.

Not only does that weirdly happy ending not strike the same tone as the rest of the series, but it makes no sense; the two of them trusted each other as friends and police partners. There was never any indication that there were any romantic feelings between the two of them. How could there have been? Linden was busy scowling behind baggy sweaters and Holder was barely keeping his sobriety intact. The idea that the two of them might start a relationship seemed more disgusting than all the blood that was sprayed around the blindingly-white house where the Stansburys were murdered. The thought of the two of them kissing felt weirder than watching your parents hold hands.

Should we be surprised that Sud botched the ending of the series so badly? Not really, when you remember how she fueled critic and internet outrage in 2011 by leaving us hanging at the end of Season 1 with the Larsen murder, and then, after a trying second season filled with almost as many red herrings as Season 1, solved it, but gave us no clues that the aunt was the culprit for very lame reasons. Then in Season 3, Sud left viewers with two choices as to who the Pied Piper killer was, so when it turned out to be Skinner, it wasn’t a big shock — and the fact that he basically committed suicide by cop was just a cherry on top of the poop sundae given to viewers.

For some reason, Sud and her writers always knew how to do all the flips and handstands, but could never stick the landing. Even this last season’s military school mystery started resolving itself early, as Rayne’s real relationship to Kyle was telegraphed in Episode 5; at some point you had to figure out why she was protecting him so fiercely, and it didn’t take much to put the pieces together. 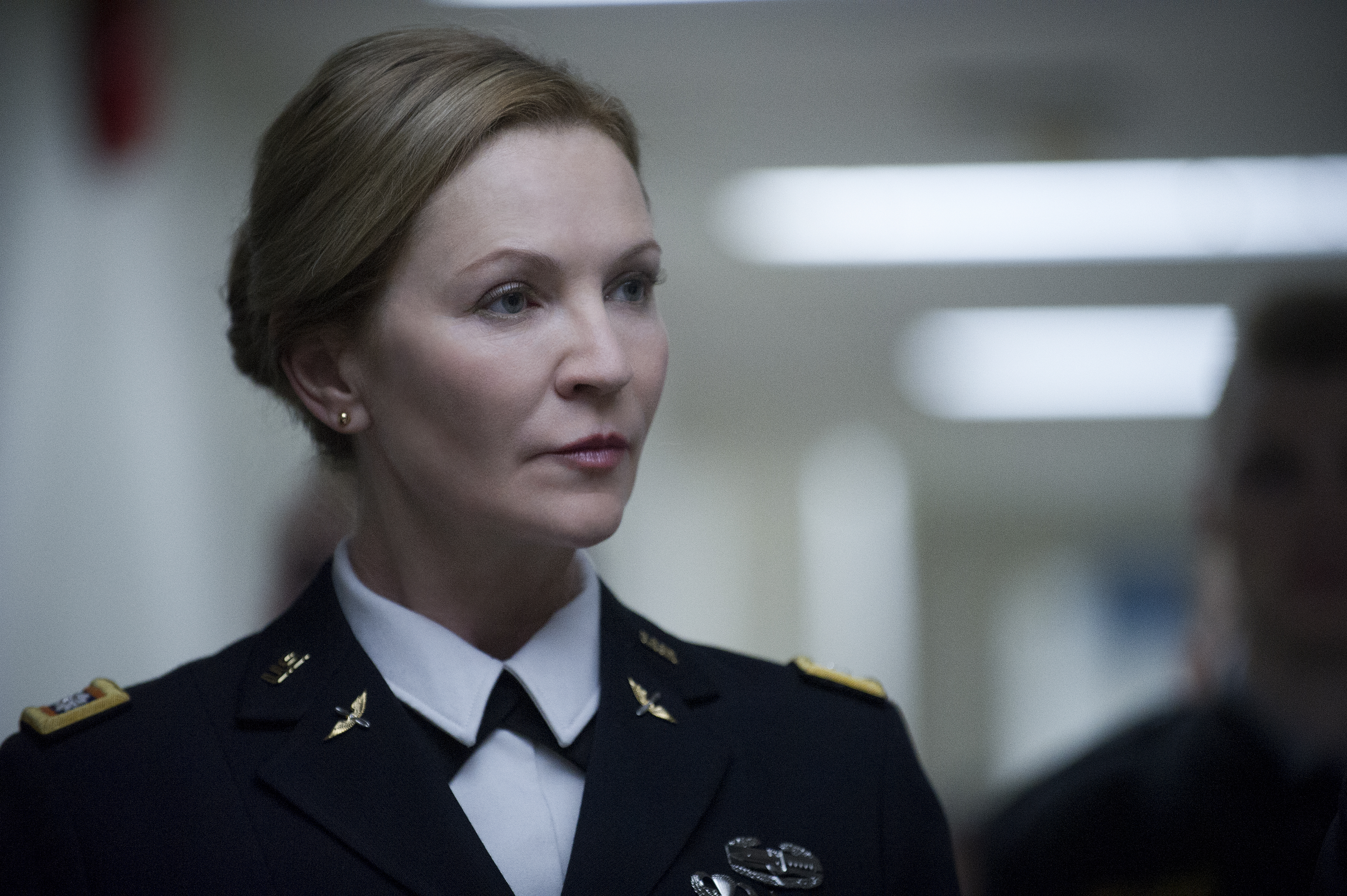 To say that the “The Killing” was one of the most baffling shows of our current “golden era” of TV is an understatement. But what it did show viewers is that a show can be poorly plotted but still get by on good acting and dialogue. It also proved that shows that think they’re elite have to do more than just be moody in order to get viewer and critical attention. It also proved that sometimes it’s better to binge-watch a show than to watch it week-to-week; anyone who watched the show’s AMC seasons on DVD or Netflix enjoyed it much more than those who watched it when it aired, because, much like “House of Cards,” the show’s significant flaws were hidden when watched one episode after another, instead of having a week in between each of them to think about them.

So Linden and Holder go off into the Seattle sunset (is there ever one? The show almost always showed clouds or rain) into their icky, co-dependent relationship. Good for them, and good for Veena Sud. She managed to get four years out of a show that enraged more people than any show not named “Girls” or “The Leftovers.” That’s nothing to sneeze at.

Note: This article originally suggested that Linden was the person who shot Richmond. It has since been corrected.