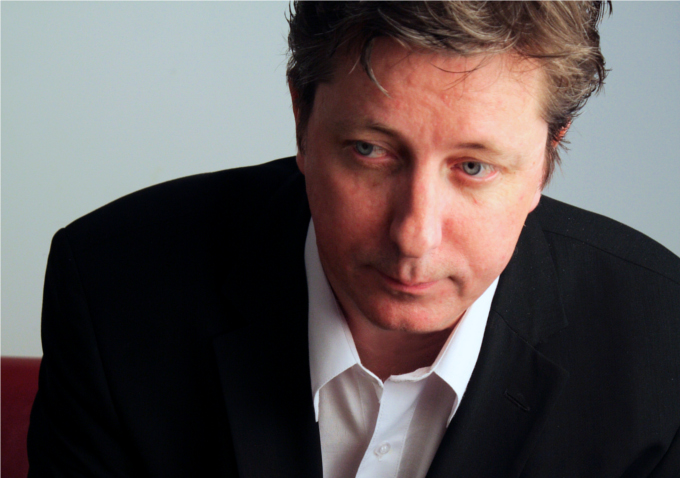 Hal Hartley is one of the few notable American independent filmmakers whose work has an internal consistency. From early deadpan comedies like “The Unbelievable Truth” and “Trust” to more eccentric efforts like “No Such Thing,” Hartley’s blend of comedic sensibilities, social commentary and obsessive characters exist in the writer-director’s own homegrown universe. That’s especially apparent in his latest effort, “Ned Rifle,” which concludes a trilogy of events previously explored in “Henry Fool” and “Fay Grim.”

Whereas the first movie focused on the titular self-involved novelist (Thomas Jay Ryan) and the second one shifted to his one-time lover (Parker Posey), “Ned Rifle” follows the former couple’s son (Liam Aiken). Now a young adult Christian and furious with his father for destroying their family, Ned embarks on a mission to find his father and kill the man. Along the way, he encounters a peculiar woman named Susan (Aubrey Plaza) obsessed with the family’s past.

Shortly after the world premiere of “Ned Rifle” at the Toronto International Film Festival, Hartley sat down with Indiewire to discuss his motivation for the sequel as well as his evolving position on the future of the film business.

When did you know that this story had an ending?

When I remembered Susan’s character [played by Aubrey Plaza], who’s only mentioned in “Henry Fool.” I had just watched “Henry Fool” again, around 2011 — well after “Fay Grim.” Going through it, I was looking for clues for things I could use to really get a feel for the last movie. Once Simon understands that Henry has been in prison — Henry says, “I spent seven years in prison for screwing a mean-spirited and ugly girl named Susan” — I realized how much she meant. 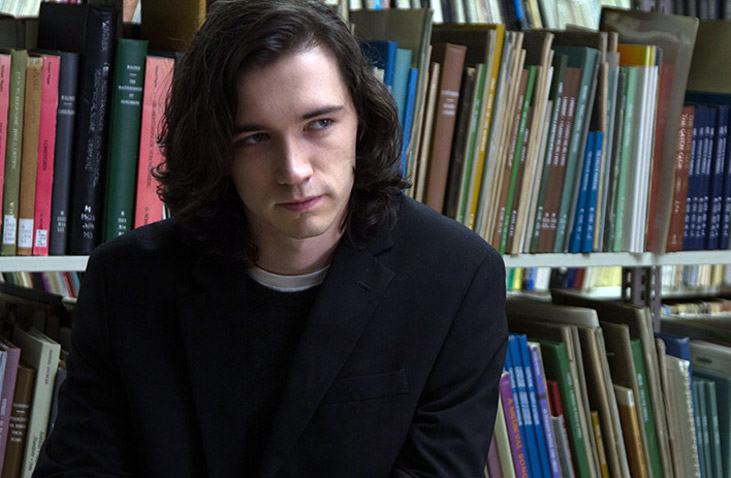 But at what point did you decide it should be a final chapter?

I didn’t really conceive of the movies as a trilogy. But after “Fay Grim,” I said, “I want to bring this to a close in a nice, neat, classical sense.” I think that’s why I was having — well, not trouble, but I wrote in a lot of different directions. For me, writing was the thinking process. I just trusted that I’d write myself into a territory where I’d know how it ends. The notion of Susan, the idea of Susan reappearing in Henry’s life as well as the lives of the entire family, just felt good. It was a nice idea to begin with. OK, Ned is now 18 and wants to kill his father for fucking up his mom’s life. I needed it to be more complex. Deciding that he’d be a devout Christian was a nice complication.

Ned’s religious fanaticism introduces a new theme to this series. What drew you to it?

Well, I don’t know if I treat religious fanaticism here. I think I treat faith. I don’t share that faith or the feelings that he has, but it was important for me to deal with it respectfully. It’s a choice these characters have. I didn’t feel like I needed to treat Ned’s faith badly.

But it does seem like he’s using his religion as an excuse for violence.

Well, yeah. Every kind of belief system has its dark underbelly. He not only wants to kill his father for the emotional pain he’s feeling when he realizes his mom will be in prison forever, but he goes about it righteously. I think his faith isn’t fanatical, but he’s a faithful person with a serious problem, whether he’s religious or not.

You tend to discuss the narrative of your films in fairly literal ways. But your writing has a certain droll, ironic quality whether or not you plot it out that way. Does anything surprise you about the way it comes out?

You know what really surprises me here? It was really hard for me to finish the story this way. I was angry at Henry. You discover things when you invest years of your life developing a character, even villains. I’ve never written hardcore villains, except for maybe Jeff Goldblum’s character in “Fay Grim.” But we have to understand them and come to like them. I tend to try and humanize the villain, the people who have certainty, who are always the problem. Henry thinks he’s a genius. What I liked here was that Henry is an idea, a principle of evil and stupidity, to Ned — until he actually sees the man and realizes, “No, he’s just a man, and a stupid man at that. He’s contemptible, not even worth shooting.” That’s how Liam and I discussed that trajectory. 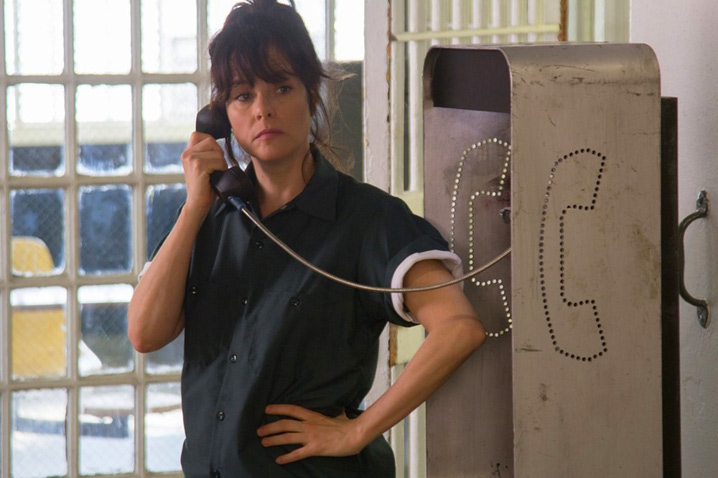 Your dialogue has a very particular rhythm to it. How do you find those cadences during your writing process?

Well, I’m not interested in the naturalism of it. I am interested in reality, but I want to render an impression of the real world that we share in an artistic form. My dialogue is very carefully crafted to be read — where I put the commas and so forth. There’s a rhythm and a melody that I have to hear. And if the actor can’t hear it, they’re not going to do good work.

You found your voice a while back. Would you say that it has evolved over the years?

Yeah, I think I get better at it. But maybe 10 years ago I really discovered that it’s not just the dialogue — it’s the dialogue and the movement. The physical activity. I put equal amount of effort into how the characters move in the frame. Where possible, if I can achieve it, the rhythm and melody of the dialogue and the physical activity work together. Parker Posey is probably the best at it. Also D.J. Mendel in “Meanwhile.” Those two actors are the best examples because they instinctively know it. We don’t have to discuss it. They’re both physical and verbal actors. They’re very virtuosic in their work. It took me a decade of making films to realize that was my urge. It doesn’t presuppose a certain manner of acting. Parker and D.J. are very different types of actors. But James Urbaniak, I work with him the same way. He’ll discover the melody of what he wants to say through his physical activity. That’s the best way. These days, my job as a director is to create a situation where that’s possible most efficiently, because we’re under the gun.

But you seem to be making movies on your own terms now. Your last two projects were crowdfunded.

Yeah. And I always have, but I have to fight very hard to protect that manner of work. I’m excited about crowdfunding. It’s good to know what you want to do and how you want to do it, because the industry really does change. I mean, this is the biggest change of the past couple years. I’ve been talking to distributors every day. Theatrical distribution is an afterthought most of the time.

Do you even care about that anymore?

I don’t, no. I like the films to be shown theatrically, but that’s not how one makes a living being a filmmaker. A theatrical release doesn’t do anything and it hasn’t for a very long time. That’s not how you make money on this level. There are economies of scale, of course. If you make a $30 million film and get it out in movie theaters where it makes $60 million in a weekend, you’re still in the red. So they have to make $120 million in that weekend. That’s a whole different business. But as an independent creative artist, to make a living doing your work, there are theatrical opportunities — but it doesn’t affect what I do.

In the middle aughts, around 2005 and 2006, I did a lot of work to create my website, Possible Films. Around 2007, the technology was such that you could sell the movies as downloads. I liked that, particularly with my shorts, because they don’t have theatrical potential. Even then, most people I knew — film lovers — watched films on their computers or at least at home. But now things are really changing. So the skill set I have as a filmmaker is one thing. The skill set I have as a producer — that has to constantly change. I’m always racing up the learning curve of new technology. My editor on this film and associate for like 10 years now, Kyle Gilman, is much more intelligent and well-versed in these new technologies. He’s helped me stay a little ahead of the curve. 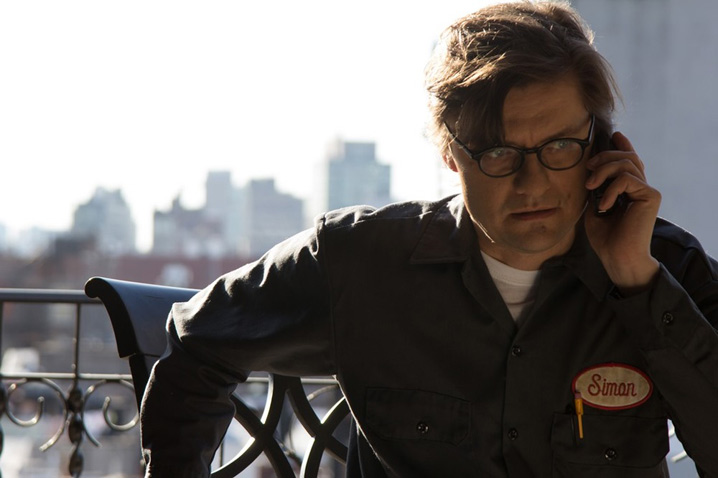 How does your reputation help you?

Having a reputation is useful. I’m lucky to have established one. Comparing my generation to newer filmmakers coming in, they might have really different challenges. Speaking for myself, I just knew my work wasn’t appealing to a mass audience. Do you really want to go to all that trouble to make a piece that’s bigger but not seen by everybody? But for me personally, I just didn’t like the business. I didn’t like the people.

You’re acting as your own sales agent for the new movie’s U.S. release. What are your feelings on self-distribution?

I don’t know. I’m up for anything. The technology keeps changing. So there’s a lot of possibilities. Like I said, we’re talking to distributors whenever I’m not talking to you folks. Every single company we talk to has a different idea for how to do it. So we’ll see it. I’m giving it like 48 hours. Then it’ll be beamed immediately to the Quad.