Toronto Review: Cliff Curtis Excels as a Chess Master in 'The Dark Horse' 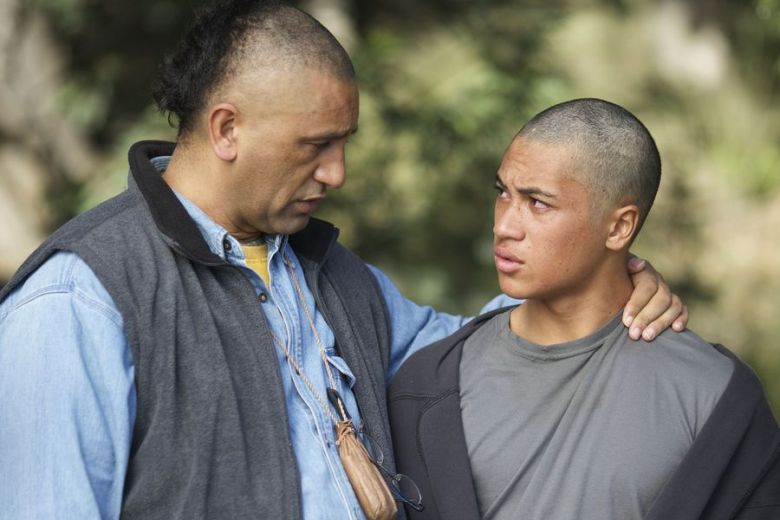 Based on the life of New Zealand’s Genesis Potini — bi-polar Maori chess savant and tutor to the underprivileged — “The Dark Horse” provides more proof that into every actor’s life a little “Rain Man” must fall. But sometimes that means good things for everyone.

Cliff Curtis, the well-known Kiwi actor (“Once Were Warriors,” “Whale Rider,” “Boy”), has also been an all-purpose Hollywood ethnic – he’s played a Colombian (“Blow”), an Arab (“Three Kings”) and a Latino (“Training Day”). A Maori himself, he packed on an extra 60 pounds to play the late Potini, who died in 2011 and was a much-beloved teacher of chess, especially to at-risk youth. What Curtis brings beside the extra acreage is dramatic heft, a total immersion in the personality of a tortured but gifted man, one with a rank and file of demons in his head and a generous soul. It’s a high wire Curtis walks, with large strides.

Director James Napier Robertson, inspired by Jim Marbrook’s 2001 doc (titled “Dark Horse”), introduces Gen, as he’s called, in a driving rain in a shopping district of Gisborne. He has been released from yet another hospital, and enters an antiques store where he finds an old board, where a chess game has been set up. His increasing excitement as he explains the game to other shoppers (but to no one in particular), his accelerating patter, his rapid movement of pieces on the board, his high-speed strategizing, and his considerable size are all the stuff of a disorderly conduct charge. But no one flees or screams or recoils. They’re fascinated. Robertson doesn’t give viewers what they expect — and neither, of course, does Curtis, who provides not just the mental mechanics of a fractured genius but a physical specimen capable of considerable mayhem.

Gen is taken away, eventually, and ordered to have supervised care, which he finds with his brother Ariki (the terrific Wayne Hapi), a member of a rather vicious group of miscreants called the Vagrants. It’s a gang into which Ariki – who is secretly dying – wants his son, Mana, inducted. It’s the plight of Mana (James Rolleston), handed over to the gang for brutal, demeaning indoctrination, who gives Gen the purpose he needs to focus his attention and keep his mind together – that, and a local chess club for teens run by his friend Noble (Kirk Torrance), who can see that Gen is too excited by the prospect of teaching the kids, but can’t turn him away. In a sense, Gen is as much an at-risk teen as any of his other chess players.

Playing Genesis requires Curtis to be generous and inspiring, and yet not quite in control. When Gen loses his grip in the face of adversity – the boycotting of his chess group by his players’ parents, for instance, when it’s discovered he’s both mentally ill and sleeping on the steps of a local landmark – it amounts to a thoroughly convincing meltdown, replete with voices in the head, nervous agitation and a scampering along the edge of full-blown insanity. A viewer has to experience fear and empathy in equal measures. Curtis metes out liberal helpings of both. 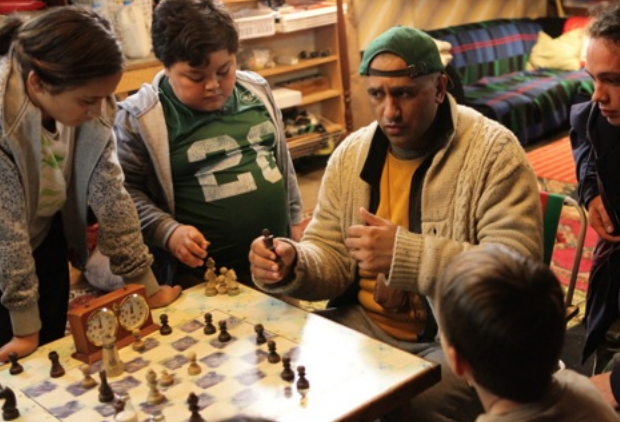 Robertson takes his time in telling Gen’s story, allowing the viewer to absorb the landscapes and the squalor, the low-rent neighborhoods and occasional New Zealand vista. “The Dark Horse” is not about places though, but people. The brothers — the older, brooding Ariki, and the younger, gifted but damaged Gen — are a brilliant study in the politics of fraternity: Ariki can’t express anything, Gen expresses too much; one wants his son to be part of a group that will care for him when his father’s dead; the uncle wants the boy to explore his talents and opportunities, to pursue chess, perhaps, but not necessarily. When Gen takes Mana and his youth-chess group, the Eastern Knights, to a championship competition – no, it’s less schematic than it sounds – Ariki is enraged, the boy is disgraced; Gen is bewildered. The family dynamics are electric, as well as mournful.

Among other things, Robertson handles the chess tournament scene with a healthy disdain for the predictable. Not much happens that one can safely predict, there are no miracles; Gen doesn’t get “better” because something happens to go his way. Contrary to the standard Hollywood diagnosis of mental illness, it doesn’t improve according to how much love a sufferer receives, although there is a lot of love in “The Dark Horse,” and between Curtis and his epic character.

“The Dark Horse” premiered this week at the Toronto International Film Festival. It is currently seeking U.S. distribution.