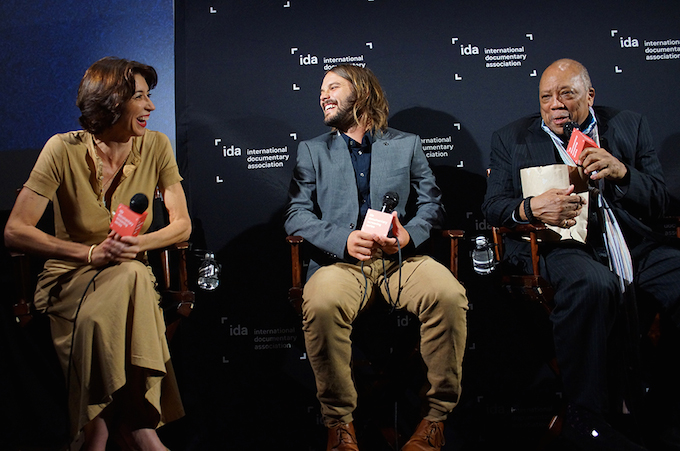 Every fall the International Documentary Association hosts an intimate screening series at The Landmark in West Los Angeles, showcasing the most enticing documentary titles to have come out of the festival circuit since January and immediately followed by a Q&A with the filmmakers. Last week, IDA marked the first installment of its annual series with a screening of “Keep On Keepin’ On,” a heartwarming jazz documentary that came out of the Tribeca Film Festival.

Directed by drummer-turned-filmmaker Alan Hicks, “Keep On Keepin’ On” documents the relationship between legendary jazz trumpet player Clark Terry and blind piano prodigy Justin Kauflin. Terry’s legacy, as both a performer and a teacher, provides the framework for the story of his relationships with not only Kauflin, but also the attitude he has as his body ages and grows frail. Even as his physical health declines, music and teaching keep Terry’s soul as fresh as ever.

Given certain miraculous qualities of the narrative — particularly Kauflin’s chance meeting with Terry’s one-time student and long-time friend Quincy Jones — it is hard to believe that the film is a miracle in and of itself. 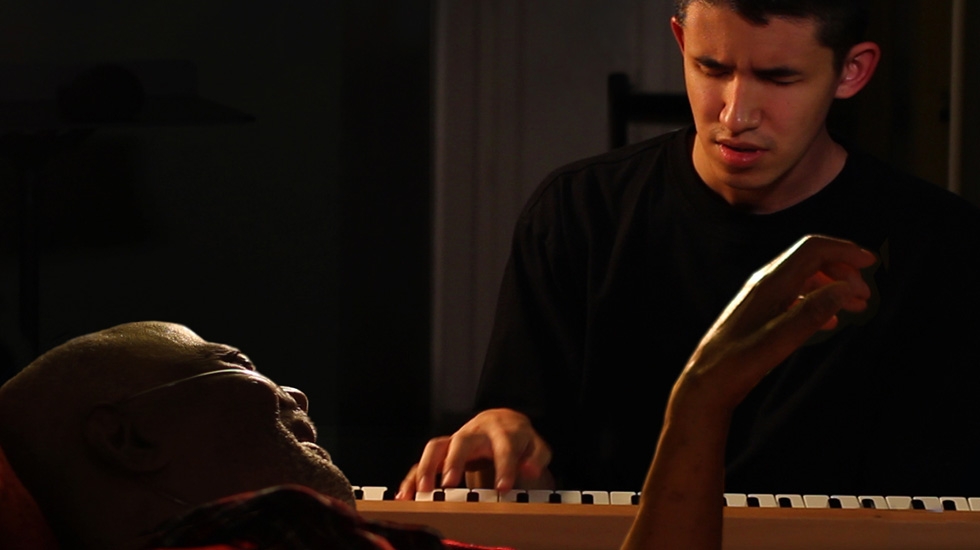 During the Q&A, which was moderated by Indiewire Editor-in-Chief and General Manager Dana Harris, Hicks explained how he first met Terry while studying at William Paterson University. Hicks studied under Terry alongside Kauflin; the idea to make a documentary about Terry, however, didn’t come up until after graduation and initially didn’t even involve Kauflin at all.

Hicks and his friend and future director of photography, Adam Hart, were surfing when they came up with the idea for the film. “We paddled in and saved up some money and went to America and started shooting,” he said. “We initially started shooting just with Clark, learning how to make a documentary as we were going and just try to study up and really work out how to do this.”

Despite all the obstacles that come with being a first-time filmmaker, Hicks’ relationship with Terry, which pre-dated production and therefore allowed him to get access to Terry quite easily, ended up functioning as the film’s greatest advantageous.

To learn more about the film’s remarkable backstory, check out the clips below. “Keep on Keepin’ On” is being distributed by Radius-TWC and opens in theaters Friday, September 19.

Getting Quincy Jones involved with the film was never the plan. It just happened by accident.

Your friend is a drummer-turned-filmmaker who asks to follow you around with a camera. What do you say?

How do you get an experience producer to help with your film? Call them 15 times, of course.

Success comes from putting your socks on and then kicking butt.

This Article is related to: News and tagged Alan Hicks, Keep On Keepin' On, Quincy Jones