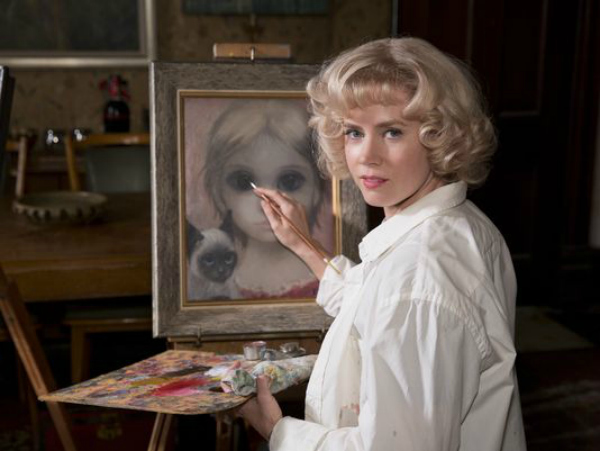 Walter rose to great fame during the late 1950s and early 1960s after taking credit for his wife’s bizarre kitsch paintings, which featured women and girls with disproportionally large eyes. Despite the financial success the couple enjoyed as a result of the sale of re-prints of the art, Margaret eventually became fed up with the scheme, divorcing Walter and taking him to court over the rights to the paintings.

READ MORE: The Indiewire Fall Preview: The 16 Films We’re Most Excited to See (That We Haven’t Seen Yet)

“Big Eyes” provides a fictionalized account of these real-life events, with Amy Adams and Christoph Waltz starring as the artistic couple. Despite the absence of Burton’s trademark hyper-stylized make-up, costuming and special effects, the trailer, which you can watch below, possesses the same magical, fantastical quality that has endeared Burton to so many filmgoers over the years.

READ MORE: The Indiewire 2014 Fall Preview: The 19 Films With the Most Awards Potential