Daily Reads: The Scariest Episodes of 'The Twilight Zone', How and Why We Talk About Celebrity Plastic Surgery and More 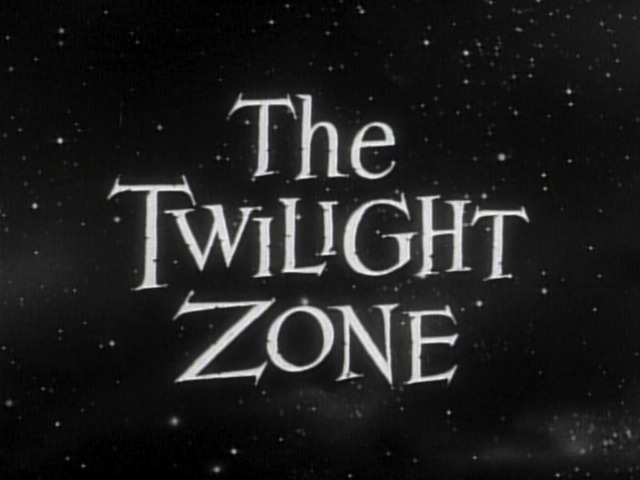 1. Actors Remember Their Horror Movie Deaths. With Halloween approaching, Slate talked to a number of actors with famous horror movie deaths about shooting their characters’ demises, from the sublimely scary (P.J. Soles in “Halloween”) to the supremely ridiculous (Ray Liotta in “Hannibal”). Here’s Piper Laurie on shooting the ending of “Carrie”.


They built a steel vest that I wore under the gown, and on that vest were several small blocks of wood. Wires attached to the wood that went through small holes in my gown. The wires were, like, 15 feet long and stretched across to where the prop man was, or the special-effects man was. This was done in slow motion, you know, the can opener or the knife or whatever coming at me. There was no way they would injure me, moving at such a slow pace. It was hard not to laugh, watching this instrument bobbing along at me like that, slowly. It just looked ridiculous. But, of course, it had quite a different look than it did at the end. Read more.

2. The Uncomfortable Dynamism of “Whiplash’s” Finale. Many jazz and general music enthusiasts are still wrestling with the message at the heart of “Whiplash,” with some feeling that writer-director Damien Chazelle vindicates Fletcher’s (J.K. Simmons) horrible methods. The Atlantic’s David Sims writes about the film’s dynamic ending, and how it’s simultaneously thrilling and uncomfortable.

But that bravura ending—a hyper-masculine celebration of punishing dedication and success in a great battle of wills—is impossible to shake. As much as we’ve regarded Fletcher with horror throughout the movie, Andrew’s ultimate achievement is that he finally impresses him, without caveat. Andrew is tragically wasting his effort on this sociopathic void of a man, but you can’t help but be stirred by his superhuman effort all the same. “Whiplash” treads that uncomfortable line as tightly as possible and leaves the audience feeling a little queasy for admiring Andrew’s victory, no matter how Pyrrhic it might be. Read more.

3. Five Scary “The Twilight Zone” Episodes. Ryan Murphy might have helped bring back the anthology series with his  “American Horror Story,” but his horror series can’t compare to the creepiness of “The Twilight Zone.” Just in time for Halloween, Todd VanDerWerff of Vox wrote about five of the scariest episodes of Rod Serling’s classic series (available on Netflix!).

“The Hitch-Hiker” (Season 1, Episode 16). “The Twilight Zone” is primarily remembered as a science-fiction series, and for good reason. Many of its episodes play around with the tropes of that genre, including space travel, time travel, and alien civilizations. But the show was just as good at playing around with the tropes of fantastical horror, of the urban legend. Consider this rough spin on the old phantom hitch-hiker ghost story, with a woman on a road trip who becomes aware of a presence along the side of the road. There’s a kind of grim acceptance here — as she slowly becomes aware of what kind of story she’s trapped in — that only gives the episode more potency. Read more.

4. Six Steps to Write a Terrible But Successful Horror Movie. The new horror film “Ouija” was initially pitched as a $100 million budgeted blockbuster, but it’s being releases as a $5 million horror movie that’s near-guaranteed to turn a profit, even though it looks terrible. Scott Meslow of The Week wrote about how Hollywood has found a surefire way to make bad horror movies successful, and wrote a six-step guide on how to do it (but please don’t).

Choose a premise with some vague, dubious ties to reality. History shows that there’s no more reliable premise than “based on a true story” — no matter how thoroughly those “true stories” are debunked…Unfortunately, there are only so many real-life people who claim to have met ghosts or monsters or whatever, so for our horror movie, let’s follow the “Ouija” model and go with the next best thing: turning a well-known urban legend into a horror movie. Here’s a well-traveled piece of lore that can easily be turned into the basis for a screenplay: A bride, playing hide and seek on her wedding day, climbs into a wooden trunk, accidentally locks herself in, and starves to death. Her body is finally discovered years later, covered in blood from the fingernails she broke as she desperately attempted to claw her way out. That’ll make a good first scene. Read more.

This photo—or is it your act of looking at this photo—is triggering all of these emotions. Some of these emotions—okay, so many feels—feel fine and healthy (like curiosity or concern), but, let’s face it, most of the others (beginning with self-righteousness and revulsion and diminishing to the pathetic urge to craft a retweetable punchline) are wretched and small-minded feels you’re trying to pretend that you’re not feeling, even as they burble inside you like black zombie vomit. Clearly, the only acceptable reaction is to ignore the photos and the complicated feels they trigger and express disgust at everyone else’s reactions, instead. That’s easier. Read more.