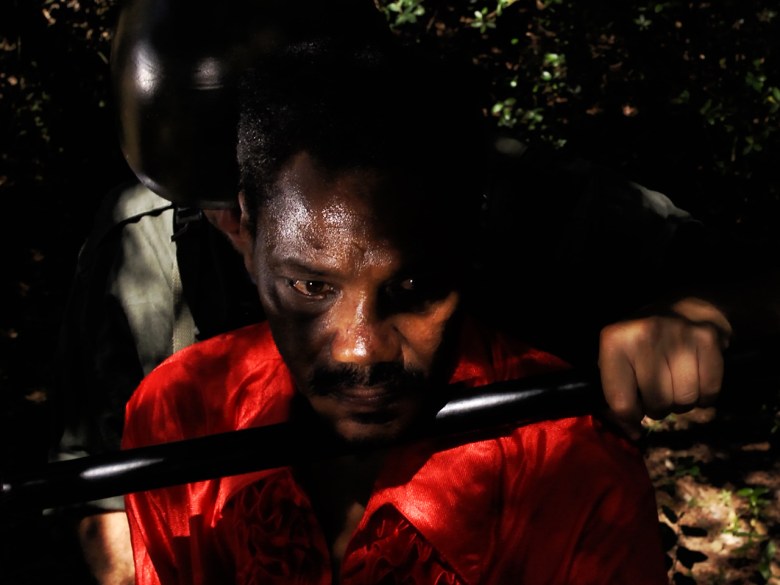 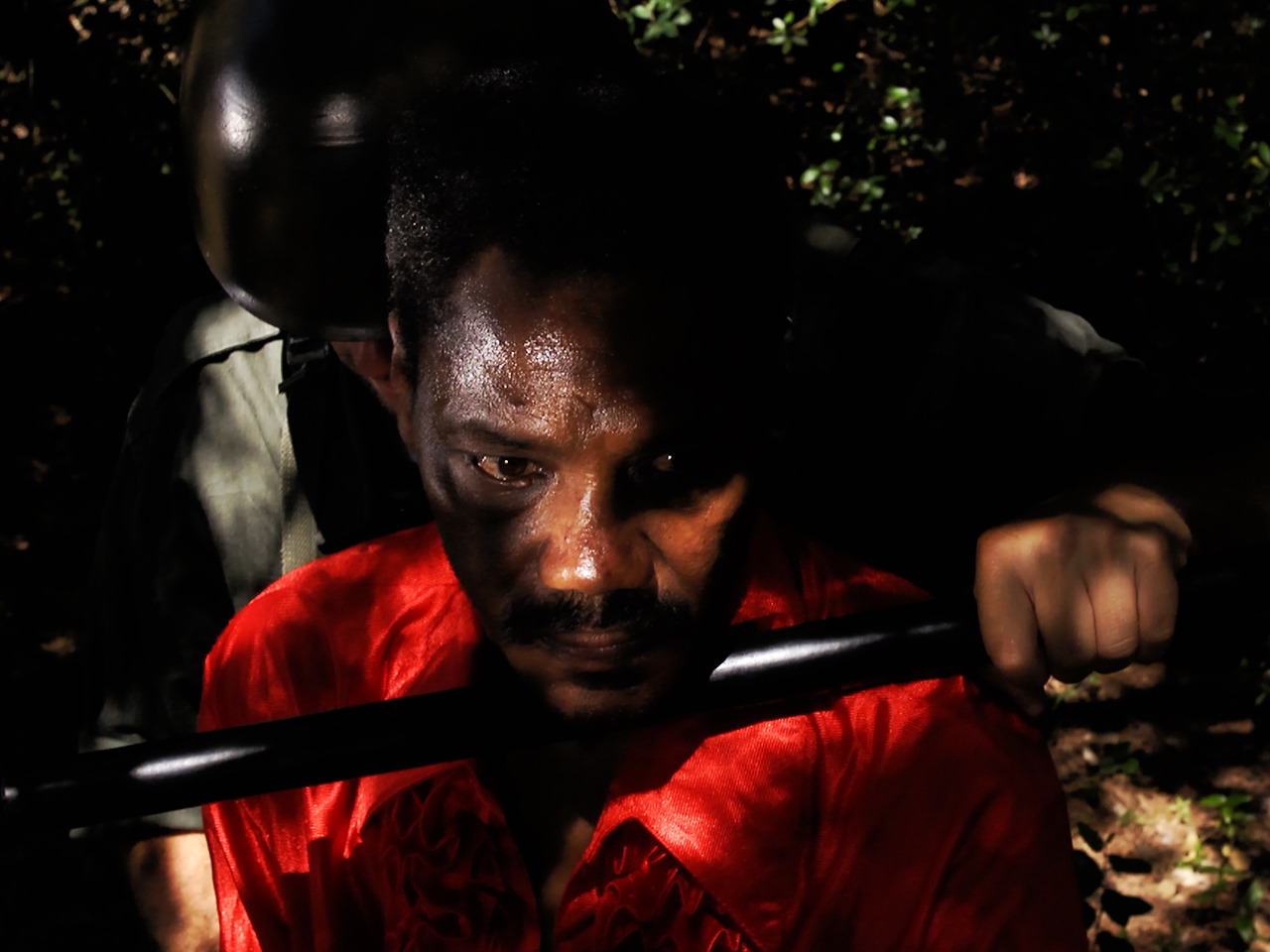 Fontaínhas is a shantytown in Lisbon and home to the poor, the oppressed, the junkies, the prostitutes, and Cape Verdean immigrants. In “”Ossos”,” Costa’s first film set there, a boy and a girl struggle to care for their newborn baby. The girl is suicidal, hurtling toward oblivion. The boy tries, and fails, to provide for the baby. They move in and out of Fontaínhas, in and out of each other’s lives.

Fontaínhas is a labyrinth in which people move through snaking alleyways or stand alongside walls. Move inside, into the girl’s home, and you find a cramped hovel, surrounded by cement walls haphazardly splashed in pea green. The girl, Tina’s home, contrasts with the one that her older sister, Clotilde, cleans. As a housemaid, Clotilde travels out of Fontaínhas, and into the center of Lisbon, into a nurse’s apartment. Where Clotilde’s home is cluttered and under-lit, the nurse’s middle-class home is neat and filled with natural light. Such a space disappears in Costa’s next film.

Drugs are never mentioned in “Ossos”. They are never expressed explicitly, but their effects seem apparent on bodies. “In Vanda’s Room” foregrounds drug-abuse. As Fontaínhas lurches to its demise, drugs surface in the community, infecting many.

The film begins in Vanda’s room and then radiates outward into the neighborhood, before returning again and again to the room. The title of the film should be plural. Most of the people on screen live in a version of Vanda’s room – filthy spaces strewn with bits of furniture and junkie hardware for heroin and cocaine.

Fontaínhas starts to resemble the people onscreen — skeletal and punched with holes. Stripped away are the alleyways, revealing an indifferent sky, peaking out of the tops of the remaining buildings. The adults that once milled about the neighborhood are now replaced by forlorn children and blazing ashcans scored to the pulverizing of bulldozers.

If “Ossos” is about the search for a home, and “In Vanda’s Room” is about the destruction of homes, “Colossal Youth” is about the relocation of the home. In the first shot of the film, one that’s overwhelmingly dark, someone pushes furniture out a window. Cabinets and drawers crash to the ground, then silence. This is the silence of a ghost town. People no longer walk through the streets. They relocate and settle into social housing units in whitewashed slabs of high-rise buildings. “There’s nothing but dirt, weeds, and rats,” Ventura says of Fontaínhas.

A middle-aged, white-haired, and retired construction worker, Ventura is “Colossal Youth’s” main character. He’s a phantom moving through spaces that are empty, encountering others who are alone. Many of the people that appear in “Ossos” and “In Vanda’s Room” crop up in this film as well (like Vanda), but as Ventura’s “children.” He’s the symbolic father, the keeper of memory, of Fontaínhas, of the Carnation Revolution.

In Costa’s latest film, “Horse Money“, Ventura the phantom returns, but Fontaínhas, as an actual place, is no more. It is now filled with social housing units. When there’s no place to go, memories seep in — Ventura’s. The film is set in an imaginary landscape that is partly past, partly present, all headspace.

The first time we see Ventura, he enters a subterranean gate. In a black, narrow corridor, he shuffles toward the camera, like a Tourneur zombie, naked except for red underwear and a brown flat cap, eyes unblinking on his slackened face. Later, we learn that he has the “nervous disease,” causing him to breath heavily and his hands to shake. Shaking and breathing, that’s what Ventura does, like Nosferatu. As a bell clangs, friends standing in a forest shout for Ventura to come back. From what? From death? From the past? He roams a desolate hospital-cum-asylum, an empty snake pit with endless corridors. These spaces dwarf Ventura, who’s often seen in doorframes or up against walls. Amber hues, complemented by yellows, oranges, and blacks, fill out these spaces, suggesting a digital video remake of “The Cabinet of Dr. Caligari.”

The space is fossilized and Ventura is petrified. An off-screen voice (A doctor? A psychoanalyst?) prods Ventura with questions. He says he’s 19 years and 3 months old. He says that the date is March 11th, 1975. Ventura’s body is in the present, but his mind is in the past, to the revolution. The date Ventura mentions is important in Portugal’s history. That day, General António de Spínola lead a military coup against the revolution, which was a resounding failure, resulting in a strengthened opposition to Spínola and his conservative politics. In an interview with Cinema Scope, Pedro Costa told Mark Peranson that this was the date in which Ventura, in life, hid in bushes, while in the same place, he marched in the streets of Lisbon.

“Horse Money” visualizes the web of memories that torture Ventura, even after forty years have passed. Near the end of the film, for about 20 minutes, “Horse Money” enters another realm. Ventura is an elevator with a soldier painted gold. Here, the film’s rhythm is in a gridlock. This is the moment of truth, going back to the origin of trauma, back to the source of fear.

This sounds all too psychoanalytic. That’s too pretentious for Costa. This is merely a sweet exorcist, a purge of memories. By film’s end, Ventura walks out of the institute, shaking hands with a doctor. Liberated. And yet the last image, a quick one, dispels such a notion — an array of Opinel knives superimposed with Ventura’s shoes walking into them. He can’t really remove himself from memories. He can’t give up the ghost.

This article was produced as part of the New York Film Festival Critics Academy. Click here to read all of the Academy’s work.