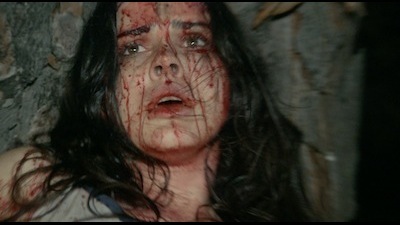 Shortly after the festival premiere of my first feature film, “The Elephant King” at Tribeca in 2006, I realized, to my dismay, that I needed a job to pay off the film school debt and credit card bills I’d racked up while making that movie. I was lucky to find work quickly as a story producer on MTV’s long-running show “Made,” about teenagers pursuing transformative dreams. Since that initial reality production gig, I’ve directed three more feature films and co-wrote the critically acclaimed “A Late Quartet” starring Phillip Seymour Hoffman, Christopher Walken and Catherine Keener – all while continuing to produce reality shows ranging from “Bridezillas” to “Intervention.”

Reality TV is an ideal day job for independent filmmakers. My fourth feature film, “Inner Demons,” which IFC Midnight released in theaters and on VOD on October 3,  is a low-budget psychological horror movie about a reality production crew that encounters the supernatural while shooting a TV show about addiction. I never could’ve directed it without the experiences I’d had working on reality shows. Like the Roger Corman B-movie grist-mill of the 1960s, I think reality TV is an effective training ground for feature filmmakers.

Here are five reasons why:

Most of my friends are well-educated, middle-class, coast-dwelling liberals in their 30s, and while I might very well write screenplays and direct movies about that demographic, I prefer to people my stories with different types, particularly if they have more innate drama in their lives. While working as a field producer, I met a range of characters, from cops to criminals, valedictorians to drug addicts. Two young female opiate addicts inspired the lead character in “Inner Demons.” During the prep and rehearsal process with actress Lara Vosburgh, who played Carson Morris in “Inner Demons,” I was able to not only draw on my personal experiences with addicts to help shape her performance, but I was also able to show her tape, so that she could see behaviors and body language that helped her ease into character. As I develop new scripts, I continue to draw on characters I’ve met on the numerous shows and pilots shot in places as diverse as Indian reservations and sci-fi conventions.

For most indie film directors, you’re lucky if you get to direct a movie every couple of years. That means you can get rusty between projects, forgetting the feel of the set, the rhythms of production, and the best way to lead a crew. But working as a reality field producer, I was “on set” constantly, whether that set was a green-screen stage in Atlanta or a crack house in Michigan, so by the time we ramped up production on “Inner Demons,” I was comfortable with the workflow and could focus on the specific challenges of telling that story.

3. You learn to work quickly and on a budget.

If your day job is reality TV production, chances are any movie you’re going to make will have a low budget and a tight schedule. Reality TV production style is perfectly suited to micro-budget filmmaking. Most half-hour reality shows shoot for 3-5 days for 22 minutes of content. For a 90-minute movie, that translates into 12-20 days of production. We had 14 days on “Inner Demons” and we made it work by limiting our company moves, working long hours, and knowing when to move on. We scheduled a lot of pre-production rehearsal time so that the actors would be comfortable with one another on set and could explore a few choices for each scene. Once we started shooting, we tried to front-load the schedule with the most technically difficult scenes, so that we knew our major stunts were in the can before we left the location.

4. You know how to work with inexperienced actors.

Due to budgetary and scheduling constraints, the cast of “Inner Demons” was non-union. While they were all gifted actors, some of them hadn’t acted in a feature film in years, if at all. In order to get the performances I wanted out of them, I sometimes had to rely on my experience directing reality TV subjects. This involves a lot of listening, forming a therapeutic bond, challenging them, sharing my own vulnerabilities with them, and creating a safe space to explore painful memories and fears. I often sat with the “Inner Demons” actors before an emotional scene and explored traumatic memories – theirs and my own – that would lead to the rawness necessary to deliver the goods on camera. On “Inner Demons,” my actors came by their tears and their anger honestly, and it shows.

When we started putting together a gear package for “Inner Demons,” I already had a clear idea of how I’d like to shoot the film. Given the tight schedule and often improvised dialogue, I knew I could get away with using lavalier mics on most of the cast, rather than booming, as I’d done that on countless reality shows with little mic rustle. Reality productions exploit the new technology as soon as it hits the ground. On my most recent reality show, I’ve been playing with a lot of drones, and I’m amazed by the production value they bring and the sheer variety of shots they can capture. I also recently started working with the eMotimo timelapse motion-control slider, which allows you to capture beautiful shots like those in the title sequence of House of Cards. I can’t wait to deploy this technology on my next film – which I hope to start prepping as soon as my current reality production gig ends.

READ MORE: 10 Tips for Turning Your Short Film Into a Feature