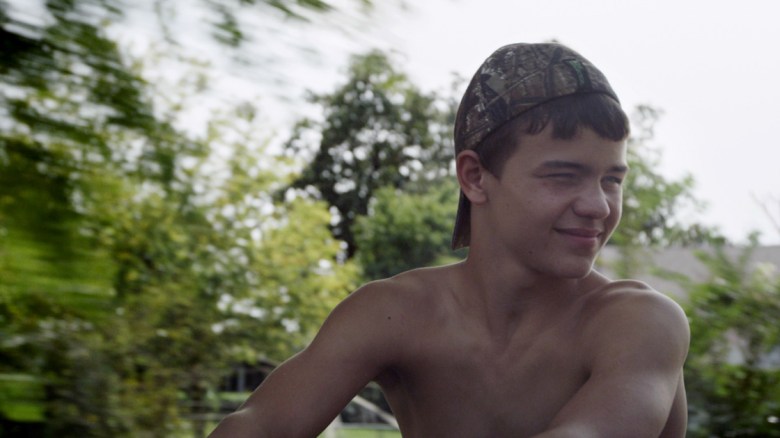 Social impact can be a major factor of what makes a documentary successful — not just as the box office, but in terms of enlightening audiences about social issues.

In some cases, filmmakers themselves or an “impact producer” will manage an impact campaign, but increasingly, filmmakers are hiring outside the impact, awareness and marketing for their films. Companies like Picture Motion, based in Brooklyn, Washington DC, and Los Angeles, for instance, have collaborated with documentary filmmakers on “Rich Hill, ” “The Homestretch,” “Fed Up” “Inequality For All,” “American Promise,” “Bully” and “The Invisible War” to name a few.

Per their mission statement, Picture Motion describes itself as “a team of social impact strategists that use the power of stories to accelerate change. Working closely with filmmakers and distributors, the company leads campaigns to raise awareness, educate and motivate audiences to think critically and to be actively engaged citizens. Picture Motion does this by harnessing the power of strategic partnerships, social media, web and mobile technology, community screenings, research and grassroots marketing. Basically, when a film’s credits roll, Picture Motion answers the question ‘What can I do now?'”

The issue-based film campaigns that Picture Motion is taking on next are climate change and endangered species trade operation with the new film, “Racing Extinction” from the Academy-Award winning filmmakers of “The Cove”  as well as sexual assault on U.S. College Campuses by the Emmy-winning and Academy-Award nominated filmmakers of the “Invisible War.”

Indiewire recently sat down with the Picture Motion’s founder and Executive Director, Christie Marchese and Senior Director of Strategy, Darcy Heusel, to discuss what social impact really means and how they make sure the right films are reaching the right people.

Why did you start Picture Motion?

I worked at Participant [Media] for a few years and I loved working there. It was a really incredible opportunity to build campaigns for really great films that had very specific social missions. Then I found there were so many other films out there—Participant could only release a few documentary films per year and there are hundreds. There are still really great stories out there that have an audience and can create some kind of impact or social change or create a conversation on some level. But, they didn’t have the right distribution or opportunity or the right connections. So, I started doing it for individual filmmakers and then it just grew quickly. – Christie Marchese, Executive Director, Picture Motion

Why do you think it’s important to measure documentary impact?

I’m not sure how important it is to actually measure it. There’s actually a huge debate about measuring right now because we have access to a lot of the data. It’s hard to quantify an impact of a film, particularly in a short period of time. I think it is important to track progress and track its influence and track partnerships and track how movements already form, but it gets a little dangerous to put too much pressure on a film and measure if your film has created enough impact—to quantify a film in that way. – CM

Is there ever a concern that measuring impact will prevent certain types of projects from being made?

Yes, it’s a concern and it’s a reality. Where money is for documentary film is in creating social issue documentaries. To a certain extent, whether it’s from outside sources or internally, that definitely affects the way some filmmakers go into looking at a film project in terms of what is that impact as opposed to going in and finding a great story and building that through their artistic lens and creating a powerful story that hopefully can create that impact. At Picture Motion all of us are drawn to projects where the filmmaker is an artist and the film has an artistic element to it and it is a story being told. Our job is to create the campaign. It’s not necessarily the filmmaker’s job. It doesn’t mean it can’t be the filmmaker’s job, but I don’t think it should be their first priority. – Darcy Heusel, Senior Director of Strategy, Picture Motion

READ MORE: The Downside of Measuring the Social Impact of Documentary Films

What is your relationship with the filmmakers?

We get hired by the filmmakers or the distribution companies. Those are our two main clients. If we’re hired by the filmmakers, we work very closely with them. We are a separate company and a separate business, but we do work as a team with the filmmakers. We have regular contact and late night phone calls [Laughs] and we travel with them. While a filmmaker may have made a film about a social issue or an impact campaign, they may not want to work on the campaign for the next two years. They may want to work on to other projects, which is of course fine, they’re filmmakers and storytellers. So, they may be only invested for a short period of time, whereas we may stay on longer. – CM 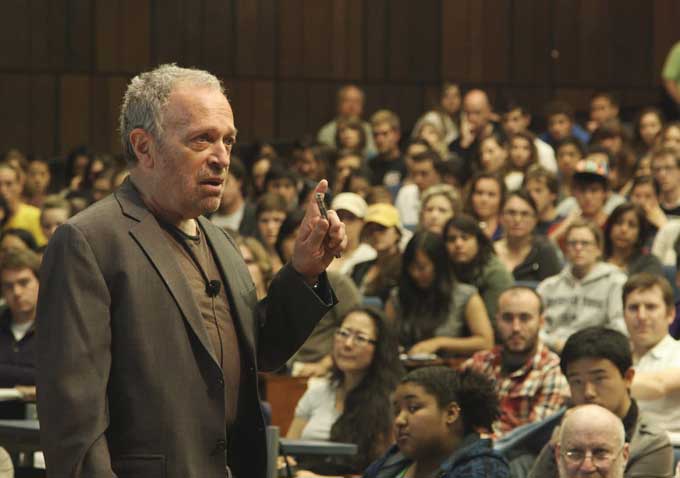 Can you briefly break down the basics of the campaigns you do—whether it’s online engagement or screening tours?

The first thing is strategy. These are for filmmakers who are close to finishing their film and they have a film in post-production and they need to do some fundraising or funders have already put money in and are asking that question what is the impact, what are you going to do with it? Or they need to go out and get money and they need to present a plan or write a grant. So, we’ll have a strategy session and that’s 4-8 weeks of research and interviews and test screenings. Then, we break the rest down into partnership development which is figuring out who is the right audience, who is the immediate audience and how do we reach them? What are different organizations, leaders, sometimes celebrities, sometimes brands—it just depends on the film–that we can partner with? Then, screening tours. It’s pretty straightforward, we book the film where it needs to be seen. We’ve tested a little bit with theatrical releases but really grassroots screening tours from churches to schools, community centers, managing the film’s licensing, shipping and invoicing all that. Then, online engagement, which can range from managing your social media profiles and doing some of the graphic design to overseeing the developing of the website. – CM 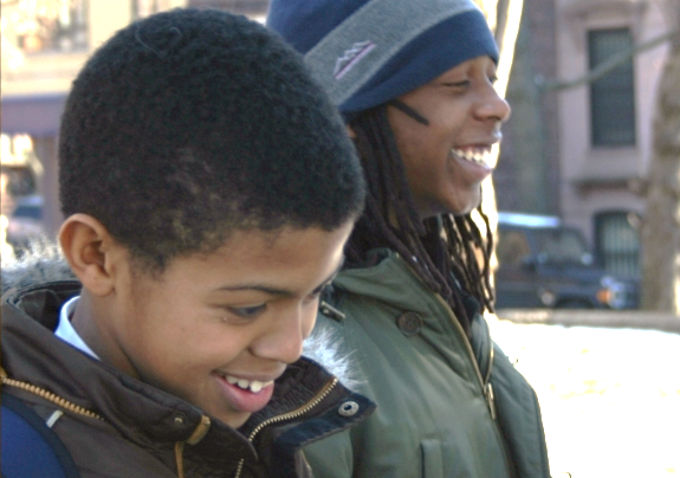 How do you isolate where to target your films? Something like “American Promise” or “Fed Up” are clearly education- focused, so you would probably target schools. But with other films, the targets aren’t as obvious.

The goal of “Fed Up” was actually to reach a lot more people, so you can’t really just focus on education, the goal is to reach as many people as possible—parents, educators, people who are already interested in health and use those people as ambassadors for the film. Part of it is determined by where it’s going to be distributed and who it’s going to reach. – DH

A good example is the film “Inequality For All.” That was a film that released in theaters first and then came out on iTunes, VOD, and DVD four or five months later. But once we hit that stage, there were a couple of funders who wanted to get the film to support increasing minimum wage. So there were a couple of different opportunities constructed. One, there was a screening in almost every state capital in the U.S. and that was connecting policy makers and grassroots organizations around the film to fight income inequality. We held an IFA College Night in which 270 campuses and organizations participated by having on-campus screenings. They they tuned into a live conversation with Robert Reich. We also partnered with Democracy for American to do nationwide house parties. There were 747 house parties total. We hosted a conference call with Robert Reich and Elizabeth Warren that night, and there were 7,000 conference call participants.  – CM

What do you think about film resonates as the medium for these issues?

Films are historically communal. You’re experiencing it together, the change makes for more digital distribution options, but it’s still something you’re experiencing with a group of people and you all have a similar experience because you’re all watching the same 90 minutes. I think film is “moving” pictures. It’s moving. The idea is to evoke some sort of emotion through human storytelling and connecting with characters. You can show people terrible stats all day and it’s depressing, but if you have someone connect with a character in a film, they’re more inclined to do something afterwards. For our purposes, film is also compactable, portable. It’s 90-minute DVDs that you can send to somebody, you can get people in a room and have a conversation. There is also something glamorous and dramatic about film. Even documentary films have a bit of Hollywood glamour and there’s something exciting about film that can sometimes get policy makers in the room. I think it’s also an equalizer in some sense. Whatever level of income you’re at, you can go see a movie or it’s something you can understand or relate to. – CM

A lot of the films you’ve worked on have been critically and commercially successful. Do you think your impact campaigns have contributed to that?

I think yes. I don’t think we could say that we are the main reason or even the driver, but certainly I think we are a reason within the many multitude of reasons, that a film is successful. I think one of the reasons why is that you can’t underestimate the importance of community and what social impact is doing is building on a community of people who care about this issue. – DH 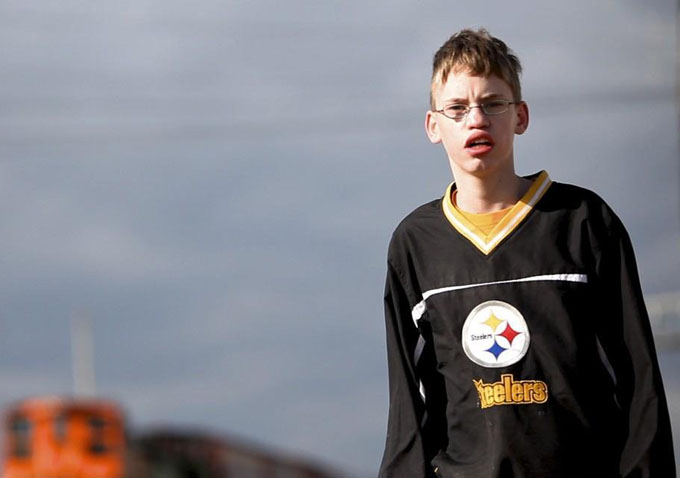 Your company has redefined what success means, it’s not just about the awards or the financial success. It’s about who you reach.

We always ask filmmakers, what would success for you look like? In your wildest dreams, what would happen? Or do you have people that you need to pay back? What do you want to see happen? It’s really interesting to see what people have to say. Because some filmmakers say I want my film to do well in theaters or some want to win awards, and we support that too. But there are others who say I don’t need to make money back and I just want to get the film out to the right people and that changes how we approach the strategy too. – CM

Where do you see the future of Picture Motion and social impact strategy going?

It wouldn’t necessarily grow in terms of size and people, but instead, the work that we do. Theatrical distribution is still stuck in the old media ways and there are new media ways to distribute films so we must figure out how we can do a little bit of theatrical for our filmmakers so they still get to be on the big screen, but also figure out how we can get the theatrical to serve the impact campaign and not the other way around. – CM

READ MORE: How to Measure Your Documentary’s Impact & Make It Count