Keanu Reeves On Not Receiving More Offers From Hollywood: 'It Sucks' 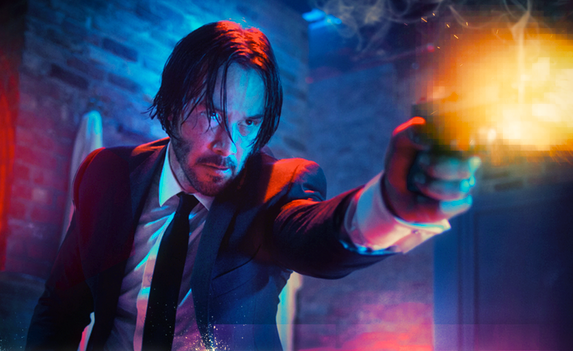 Fifteen years since “The Matrix,” Keanu Reeves remains one of the more intriguing action stars in American movies. His latest vehicle, the wildly entertaining action-revenge drama “John Wick,” shows you why. Co-directed by former stunt men David Leitch and Chad Sthelski, the movie turns its tightly-wound premise — Wick, a retired hit man, seeks revenge against a crime boss’ son for killing his dog — into a slick, energizing series of showdowns. While Reeves punches, kicks, shoots and otherwise steamrolls various bad guys, the movie maintains an elegant visual style that strikes a noticeable contrast with the more assaultive form of action movies produced on a bigger scale today. In a candid discussion with Indiewire, Reeves explained why he’s been drawn to various genre films lately — and how his recent involvement in more indie than studio projects wasn’t a conscious choice.

Your last three movies — “Man of Tai Chi,” “47 Ronin” and now “John Wick” — are almost like a trilogy about lone warriors. What do you make of that association?

Kai from “47 Ronin” and Donaka Mark from “Man of Tai Chi” and John Wick are all definitely isolated, pushed away, trying to get back in, manipulated. They all have interesting, mysterious pasts. It sounds like a good character to play. All of those roles have been really enjoyable. It’s part of the journey. It wasn’t intentional.

But they all speak to your tendency toward characters who internalize their struggles. For a long period of this movie, we don’t see you express a lot of emotion — until this passionate monologue you deliver in the final act.

I put the suit on. I’ve played different kinds of roles and worked in different genres. I think “Side By Side” is a little different from “47 Ronin” or “Henry’s Crime” or “Generation Um…” Did you ever see “Generation Um…”? I like that movie. I guess those kinds of characters are part of my taste. 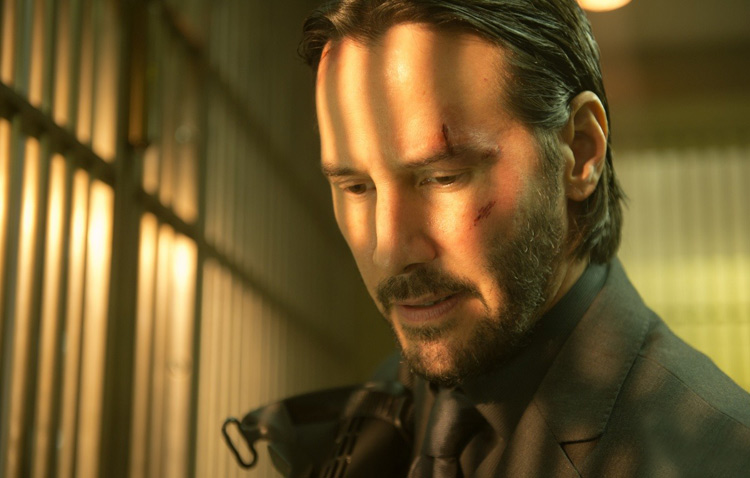 More recently, you worked with Eli Roth on his upcoming film “Knock Knock.”

I like Eli as a filmmaker and the script was great. The role was fantastic. I guess if I was connecting things, for me it was interesting to go from John Wick — this willful, determined man, who has a lot of power in doing what he does — to my role in “Knock Knock,” where he’s a victim. He’s super victimized. That was a kind of nice sweet and sour year for me.

Do you feel particularly attracted to certain kinds of genre movies?

Aren’t all movies genre? If we’re talking about the science fiction or action genres, I’ve always tried when I could to do them in a way that’s not just cookie-cutter — that they bring something fresh or original to it, have some kind of ideas to it. I’ve been fortunate, in some sense, to do those kinds of movies that are unique.

What’s unique to you about “John Wick”?

It’s the world they’ve created and the vision of the story. The shooting style: the colors, the way they shoot the action. They’re doing wide shots, not a lot of cuts. They’re wanting the action to unfold in front of you as opposed to changing perspectives. That feels different — it’s a little more intimate and objective. It’s not just visceral action. You can believe what you’re seeing and it’s not just sound and fury. You can see the fluidity and what they’re doing — like that one hall shot where they’re wrestling, and he just comes through and pounds a knife into the other guy’s chest. There’s no cut. 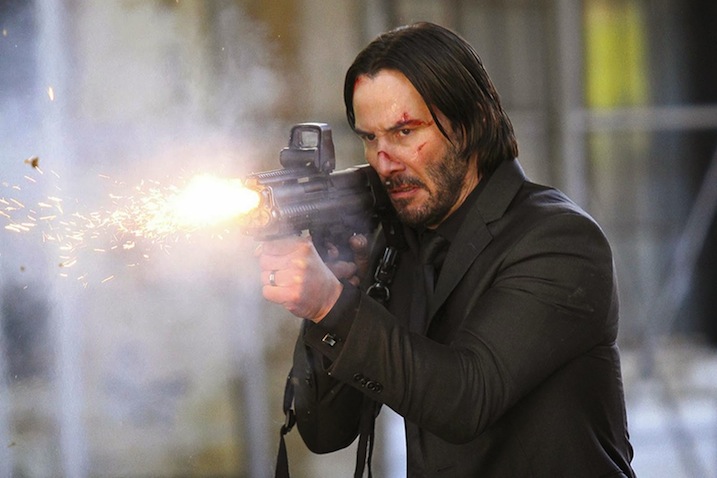 How would you compare that to other action movies made today?

They’re more spectacle. I thought Derek Kolstad, the writer, wrote a really cool script that reminded me of Sam Shephard, kind of noir-y, but at the same time it has these big speeches, like the one Ian McShane gives. Everyone has a mysterious past and relationships that the filmmakers just present to you. It’s fun.

“Man of Tai Chi” was like that as well. Since you directed it as well as starring in it, how do you feel about the experience now that it’s in hindsight?

That was an amazing time. I really enjoyed directing. I was on the street the other day at a gas station and a kid behind the counter was like, “Saw ‘Man of Tai Chi.’ Loved it!” I was like, “Cool!” It was just nice — it’s an English-Mandarin-Cantonese kung fu movie. So it’s cool when people like what you do.

In a way, I could relate to what they were going through with pre-production and post-production. Certainly on “John Wick,” I could help as a producer, because I knew what they were up against as a performer in the movie. I could try and do things to help them achieve things.

You aren’t doing many studio movies these days. “John Wick” was produced independently and acquired later by Lionsgate. Do you have a preference for indies over studio projects?

Not really. The last studio movie I did was “47 Ronin,” but before that it had been a long time — probably “The Day the Earth Stood Still.” So I haven’t been getting many offers from the studios.

Are you OK with that?

No, it sucks, but it’s just the way it is. You can have positive and negative experiences, but what I like about studios are the resources and the worlds that they can create. Obviously, a lot of good filmmakers work on studio movies. Even when I was working on studio movies more often, I was always doing independent movies. So for me, that was just not happening, but I want to keep going, making things, and telling stories. I want to be able to do that — to be an actor, a director, to produce, you know? If we’re going to do a delineation between studio and independent [films], I was always hoping to do both.

It’s been two years since “Side By Side,” the documentary you hosted and produced about the conversion from film to digital. How do you think the conversation has changed since then?

How many theaters can still show film? We made some film prints of “Man of Tai Chi” but it was shot digitally. Digital cameras are getting better. Filmmakers and film students aren’t getting the chance to work with film, but hopefully that can stay around. I’ve heard that Chis [Nolan] is buying some stock and stuff. It’s been tough for people who are interested in emulsion, and for all the timers, and the labs. It’s all kind of going down. But hopefully people will continue to have that media to work with. It’s still beautiful, remarkable. It’d be great to see a beautiful, pristine print with a projector that has the right light bulb in it, showing a movie. I’m sure it’s stunning and beautiful. I was speaking to a film student the other day who was like, “How can I have that experience? How can I work with film?” Oftentimes in film schools, you work with Super8, 16mm, maybe a little 35mm. Hopefully, people will ask for it, or there will be certain enclaves that can still protect that experience.