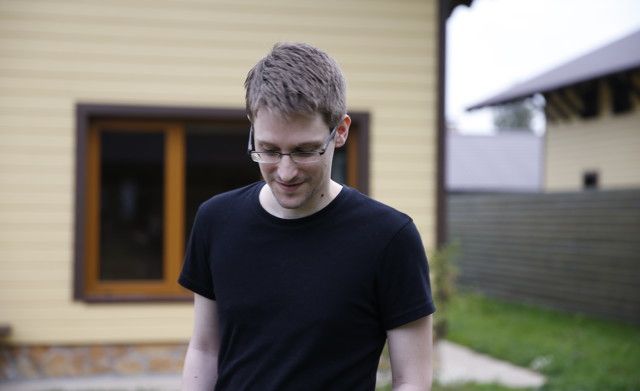 “I am not the story,” says Edward Snowden to documentary filmmaker Laura Poitras and journalist Glenn Greenwald in “CITIZENFOUR,” but like Snowden himself, there’s nothing simple about that statement.

Poitras’ bracing look at the former National Security Agency contractor, whose intel about government surveillance launched a firestorm of global inquiries following his exodus from the country in 2012, gives us everything we already knew about Snowden and his findings in a tightly-wound package — while hinting at a fascinating bigger picture filled with new information.

Opening in the moments leading up to Snowden’s actions and concluding with fresh revelations after his one-year asylum in Russia, “CITIZENFOUR” would make for a compelling watch by virtue of its access alone, given the eloquent Snowden’s ability to enunciate his motives every step of the way. But Poitras, an expert filmmaker as keyed into pace and mood as the topic they support, delivers a mesmerizing look at both how Snowden managed to release his information as well as why it all matters.

While it doesn’t offer a lot of new information, the movie closes with the surfacing of another whistleblower offering potentially more sensitive material about the scale of the NSA’s watch list — offering firm proof of Snowden’s ability to inspire a new age of transparency.

Furthering his camera-shy intentions, “CITIZENFOUR” doesn’t solely focus on Snowden’s experiences. Unlike her previous work, Poitras makes herself a part of the story, an unavoidable decision given her public involvement in helping Snowden spread his findings across the globe. However, the director handles this element with the same precision allotted to the larger drama, eschewing recurring voiceover narration for first-person title cards with which she moves things along.  The fragmented reporting on the events of the past two years receive the context they deserve.

From start to finish, Poitras moves things along at a brisk rate. After explaining that she was placed on a government watch list in 2006, she takes us to Brazil, where the trenchant Greenwald holes up with his many dogs and a computer searching for explosive news. Poitras explains how Greenwald received encrypted communications from Snowden that, because of practical limitations to their communication, fell by the wayside; soon afterward, Poitras began her own correspondence with Snowden through coded messages, which she shares in the film for the first time. Declaring the root of his information as “the biggest weapon of oppression in the history of man,” he reveals his proof of the NSA’s invasive spying methods, including the now widely-publicized news that the organization tapped into major internet servers without permission.

While much of the word first took notice of Snowden during a video interview filmed by Poitras from his hotel room in Hong Kong, “CITIZENFOUR” deepens that footage by chronicling the moments leading up to it. Poitras explains the clandestine process through which Snowden arranged for their meeting at a local restaurant (“I’ll be playing with a Rubik’s Cube,” he promises). Later, when a newscaster compares the scenario to a John Le Carré spy novel, it’s hard to disagree. 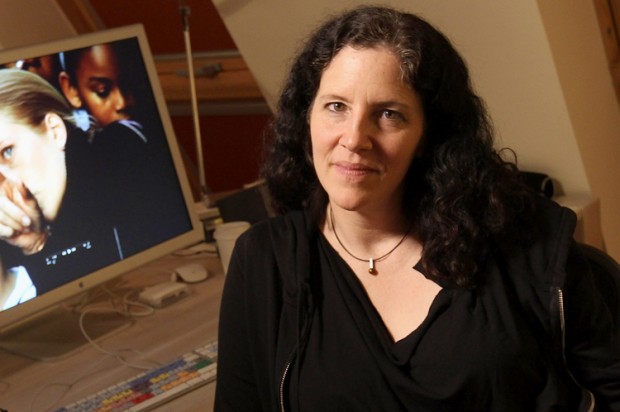 Over the course of an eight-day period where Greenwald and one of his colleagues from The Guardian interrogate Snowden in his room, the 29-year-old enigma shows more character than anything glimpsed in his earlier publicity. While he claims to be a newbie at the media game, providing an articulate justification for allowing journalists to interpret his findings, Snowden excels at putting his tale in dramatic terms. “You’re not going to bully me into silence,” he says of his reasoning for revealing his identity, and “CITIZENFOUR” proves it.

Even if he’s not the whole story, Snowden certainly provides a galvanizing start to it. While the concluding segment features a dense and somewhat unseemly assemblage of recent worldwide events, “CITIZENFOUR” maintains an intimate air during its masterful early scenes. It’s here that Snowden and his new peers contemplate their next steps: Poitras shows us the air of calmness in Snowden’s bland hotel room in the days prior to the first stories, which often strikes a dryly funny contrast to the major ripple effect of his actions about to transpire. His paranoia runs deep, as he drapes a curtain over his head while entering a password on Greenwald’s laptop and freaks out when his hotel has a firedrill. The alarm continues to hilarious effect over the course of a tense conversation hours before Greenwald publishes his first story.

“CITIZENFOUR” also manages to generate some emotion for its subject as he strives to deflect any stress over his decisions from his family and friends. “My personal desire,” he says, “is that you paint the target on my back.” After he touchingly explains his reasoning for keeping his longtime girlfriend in the dark, he’s seen frantically chatting with her online after she’s been interrogated, marking the only moment where his resolve gives way to the hint of tears. The man who announces he goes by “Ed” is, above all, profoundly human. Even as “CITIZENFOUR” allows for an open-ended reading of his behavior, he’s an indisputable object of sympathy.

Still, Poitras honors Snowden’s desire to have his actions placed in a context outside of his private life. In an opening statement, she deems “CITIZENFOUR” to be the third entry in trilogy about post-9/11 world that began with “My Country, My Country” and continued with “The Oath.” While those overseas stories of Middle East figures differ from this turf in many ways, “CITIZENFOUR” balances off their assessments of the war on terror by exploring its impact on the home front — more specifically, the uses of terrorism and national security concerns to violate the privacy of untold millions.

Poitras successfully places these accusations in a broader chronology during the movie’s cautiously structured opening chapter, where we witness Occupy Wall Street briefings, early NSA testimonials before Congress and other minutiae from the past five years to illustrate how the pressures for transparency led the way for the Snowden’s big moment. “CITIZENFOUR”  consolidates the fear and misconceptions associated with post-9/11 America by boiling them down to the actions of one committed figure — then doubles back to explain his representational value.

It’s hard not to imagine how a filmmaker less directly connected to Snowden might have explored his plight. Naturally, Poitras’ decision to step back and look at the bigger issues in play speaks to her own interests, but that itself deepens the movie’s ramifications. While her camera briefly glimpses Snowden in a moment of domesticity — cooking dinner with his girlfriend, who it turns out joined him in Russia last year — she generates the conflicting desire to learn more about her subject, tapping into the exact voyeuristic impulse that Snowden’s activism counteracts. In essence, his message is embedded in the movie’s construction.

With Snowden still in Russia and the media continually sifting through the massive amounts of data he made public, “CITIZENFOUR” can’t possibly end on a clean, efficient note. But Poitras nevertheless finds her way to startling climax: Jotting notes on paper to avoid digital surveillance, Greenwald shares with Snowden information from a new whistleblower alleging that the NSA keeps a whopping 1.2 million people on its watch list, while also suggesting that Germany and the U.K. possess control over U.S. drones in the Middle East. “Holy shit” is all that Snowden can muster.

No longer the sole driving entity of his mission, he’s now a piece of a larger, formidable initiative. As “CITIZENFOUR” closes on the images of torn paper, Poitras implies that somebody — or many somebodies — need to pick up the pieces. The movie effectively steers the story away from its elusive subject to hint at a broader narrative only just beginning.

“Citizenfour” premiered this weekend at the New York Film Festival. It opens in limited release on October 24 before expanding nationwide.