Steven Soderbergh is a Jedi, Film is 'Shrinking,' and 8 Other Insights from the 'Retired' Director 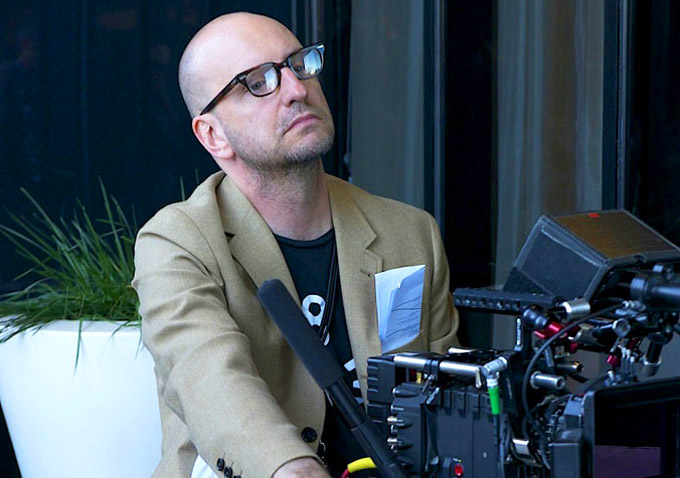 To learn Soderbergh’s strategies for staying challenged and his Jedi mind-tricks for problem-solving, check out the highlights from the interview below. You can read his full interview with DGA Quarterly here.

On the movie that made him want to direct

“It wasn’t until the summer of 1975, when I was 12 and saw ‘Jaws’ for the first time, that I began to look at films differently. I came out of the theater and suddenly my relationship to movies had completely changed. I wanted to know what ‘directed by’ meant. And luckily, ‘The Jaws Log’ was available to read, and I immediately got a copy of that and highlighted every time Steven Spielberg was mentioned. I carried this thing around because I started to realize, hey, this is something you can do. Ironically, watching that perfect piece of entertainment resulted in me never looking at movies as merely entertainment ever again.”

On directing actors for the first time for “Sex, Lies, and Videotape”

“Another time I had a real sit-down with myself was during and shortly after making ‘The Underneath.’ I really was unhappy with where I was creatively and was trying to figure out how to get back on track. I felt lost. I felt like I had drifted way off compass and needed to essentially annihilate everything that had come before and sort of rebuild and rediscover the enthusiasm of the amateur…I was feeling, What am I doing? How do I change it up? One of the things I realized was, I’m not a writer, and I needed to stop doing that. It was a huge thing for me to let go of that and realize I have the ability to talk about story and character and to suggest how something should be laid out in narrative terms—but in terms of pure writing, I’m so far behind what I know about directing that it’s really better for me to work with writers who know as much about writing as I know about directing.”

On directing his first commercial film, “Out of Sight” 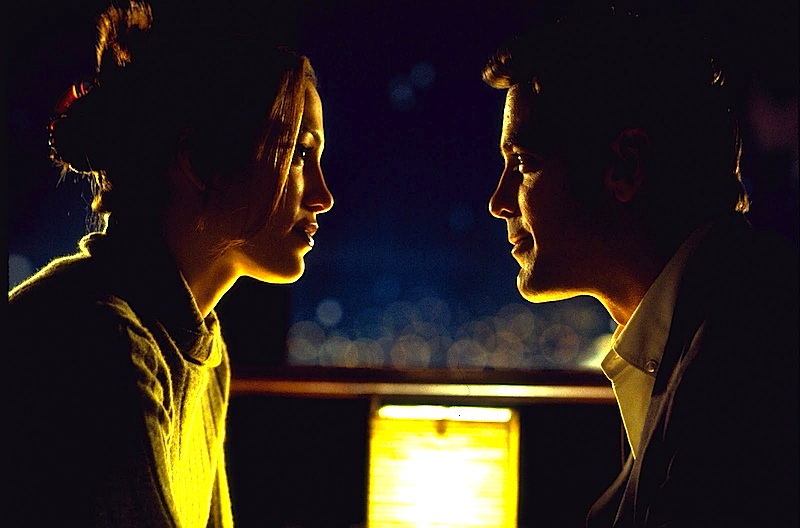 “I didn’t want to be art-house boy. I like specialty films, for lack of a better term, but I didn’t want to only do that because, in a weird sort of way, that’s too easy. It’s much harder to go make a studio movie with movie stars in which you have to be good and clear than it is to go make a little obscure independent movie that, if people don’t get it, you go, ‘Well, that’s your fault.'”

“What I’ve learned in those situations is to slow everything down. You need to put yourself in that sort of pure space in which time doesn’t exist, money doesn’t exist, nobody’s waiting around, and it’s just a pure problem to be solved. It’s like a Jedi mind trick where you just convince yourself, I’ve got all the time and I can stay here as long as it takes until I figure it out. And once you’ve truly convinced yourself of that, you figure it out. And I’ve had that happen a couple of times.”

On how he keeps his career moving

“Reputation helps. Unless you’re somebody who can make one massive hit after another indefinitely, treating people well is a good way to remain employed. Of course there’s a chain of command, but that doesn’t mean there’s a chain of respect. I’ve only raised my voice once on a film set and it was because somebody showed up late two days in a row, which is not acceptable. I don’t know if I’ve ever even held a megaphone.”

On his style of directing 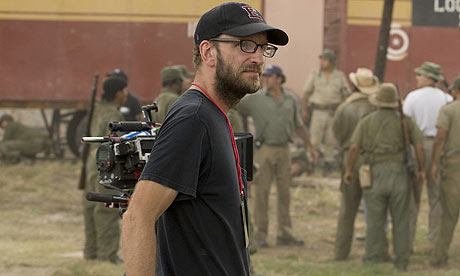 “Directing is having an approach. Like, what are you bringing to this that’s unique? Everything’s been done, all the stories have been told, so what do you bring to the table? And so, in the case of something like ‘The Informant!,’ [I thought,] what’s the best voice-over movie of all time? ‘Sunset Boulevard,’ probably. So if you can’t top ‘It’s a dead guy,’ what are you bringing to the table? In this case, what [writer] Scott [Z. Burns] and I proposed was, ‘What if the narration not only didn’t help but actually made everything harder for the audience? What if it was obfuscating instead of clarifying? Now, some people found that really frustrating, but that story to me was constructed entirely out of a subjective place. And I look back and from a creative standpoint, I view that as a very successful endeavor in the sense that it is exactly what we all were attempting to do. Most of the time, you look back on something and you feel, okay, I would do that differently. That’s a very polarizing film, but I don’t think I’d do anything differently.”

On setting himself restrictions

“I’m a big believer in limitations that force you to think laterally instead of vertically. Whenever I start to think about something, I think, What are the rules? What lenses am I using? What are the rules of movement? What are the cutting patterns? What am I allowed to do and what am I not allowed to do? In the case of ‘The Good German,’ I thought it was really fun and interesting to restrict my visual choices to those that would have been available to Michael Curtiz, and what would he do content-wise if he didn’t have to deal with the Hays Office. I enjoyed working in that box — but as it happens, I was the only person who was interested. That film’s not even polarizing. People just hate it.”

On the future of TV 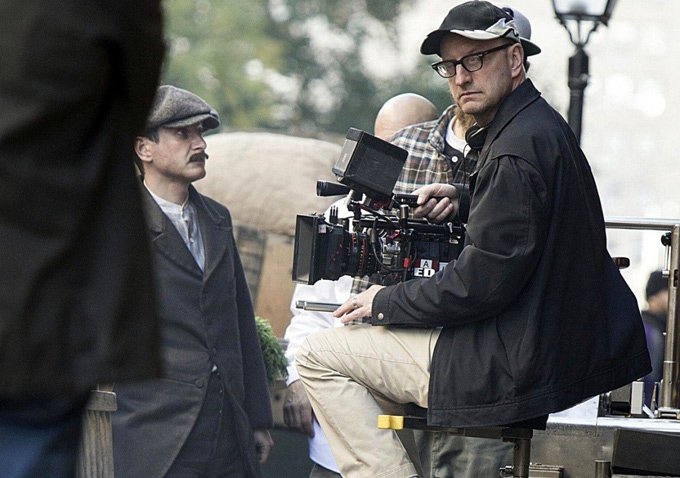 “My relationship with movies had reached a point where I felt I needed a trial separation. I would hate for people to think that it was out of some sense of, ‘Oh, I’ve figured it out.’ It wasn’t that; it was actually the opposite. It was, I’ve just reached a point where I’m not sure how to get to another level with this in terms of my abilities. I feel there’s another iteration in terms of my relationship with cinema, but I don’t know what it is. All I know is there has to be something else, and until I can figure that out, I’m going to step off because I don’t want to go to work feeling stuck. And the good news is that I’ve been able to work on ‘The Knick’ and have a lot of fun and continue to learn, while in the background I’m thinking about my relationship to cinema and whether or not there is another version of me that can evolve and come back. I didn’t know at the time of ‘Che’ what I would be doing in five years would turn out to be TV, but I just knew it wasn’t going to be movies. And now the only area of growth in the entire entertainment industry is one-hour original content. That’s exploding, while everything else is shrinking.”

On solving problems as a director

“It’s both terrifying and exhilarating. When you think about it, you go into a room and you say to somebody, ‘I see this, and I need you to give me this much money so that I can go make this thing that I see in my head.’ And then they do, occasionally, and it’s the best virtual game imaginable. You’re dealing with hundreds of people, dealing with time, money, environment, confidence, health issues. And it’s a great job, and a totally unique job. Malcolm Gladwell said that the characteristics of a great job are complexity, autonomy, and a direct connection between effort and result. That’s this job.”

READ MORE: Review: Steven Soderbergh Brings Style to ‘The Knick,’ But is the Surgical Drama Dead on the Table?

This Article is related to: Features and tagged Behind the Candelabra, Erin Brockovich, Jaws, Ocean's Eleven, sex, lies, and videotape, Steven Soderbergh, The Knick, Traffic