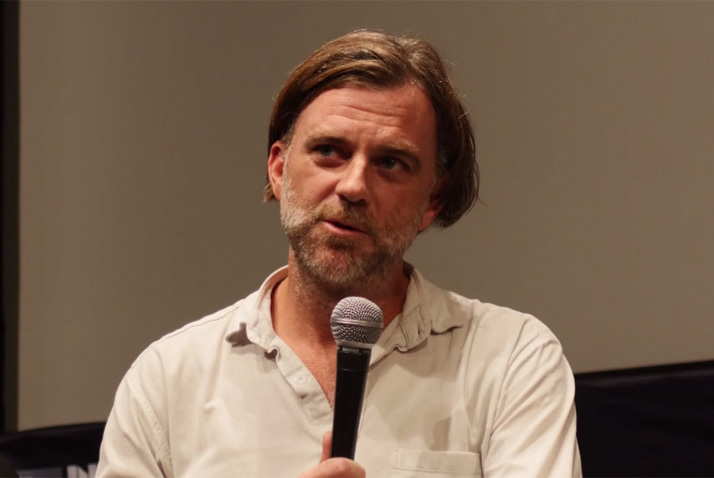 “It’s playing tonight at Alice Tully Hall,” said the director, referring to the theater’s 35mm projection of the film at the New York Film Festival. “Luckily, we’re able to still keep that alive and going — I started doing at the beginning, so it’s the only way I know how to do it,” said Anderson who talked about the excitement of projecting on film and “all the nerves that accompany that. Everything could break easily, but that adds to the thrill of it all, and it looks beautiful.”

But he also made it clear that though he shot “Inherent Vice” on 35mm film, he’s not anti-digital per se. “Not to phase anything out; there’s room for both things,” Anderson explained. “I’m just glad the projectors are still there. That should just be how it is, nothing should go away.”

Hear Anderson talk about 35 mm in this clip from the press conference prior to the Saturday premiere (and check out how bored “Inherent Vice” star Joaquin Phoenix looks with the whole thing):