Watch: The Hauntingly Beautiful Trailer for 'A Girl Walks Home Alone At Night' 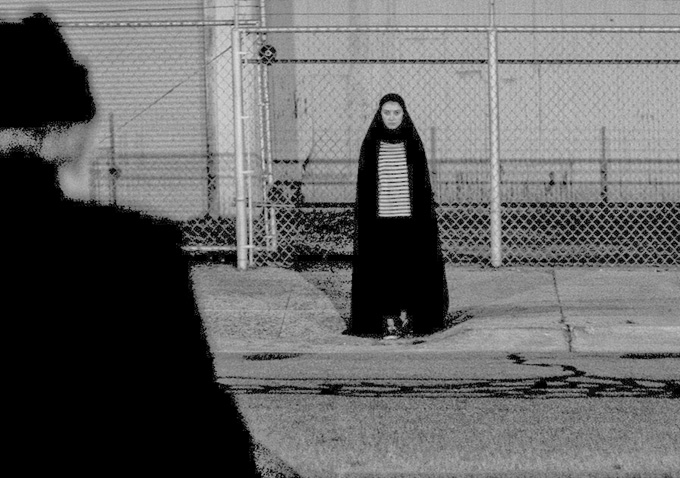 Ever since premiering in the Next program at the 2014 Sundance Film Festival, writer-director Ana Lily Amirpour’s stunning feature debut “A Girl Walks Home Alone At Night” has been riding a wave of critical praise throughout subsequent festival appearances.

Shot in gorgeously expressionistic black-and-white, this spellbinding drama follows the experiences of a small Iranian town haunted by a vampiric presence who’s just as lonely as the other locals. In her remarkable debut, Amirpour combines elements of film noir, western and the restraint of Iranian New Wave cinema to create a cryptic and surprisingly funny look at personal desires. Produced by Elijah Wood, the supernatural drama just received a Gotham Independent Film Award nomination for Breakthrough Director.

With the film set for a limited theatrical debut in New York and Los Angeles on November 21, Vice Films and Kino Lorber have dropped the film’s first official trailer, which is just as hauntingly beautiful as the feature itself. Check it out below:

This Article is related to: News and tagged A Girl Walks Home Alone at Night, Ana Lily Amirpour, Kino Lorber