Digging Through the Blumhouse Movie Dump: What You Should Watch and Skip 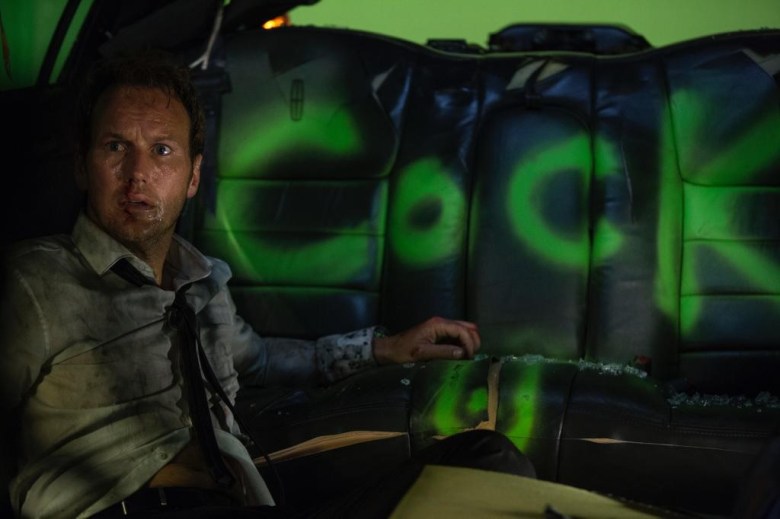 Jason Blum, the 45-year-old producer of the “Paranormal Activity” films and this fall’s indie Oscar contender “Whiplash,” has a very regimented model for making his films (most of which, unlike “Whiplash,” fall into genre specificity). He spends less than $5 million on most of the productions (the majority of them cost around $3 million but there are outliers like the “Insidious” sequel, which cost around $11 million), then shacks up with a major studio that will pump an additional $20 million or so into marketing the movies (like Universal did with this summer’s “The Purge: Anarchy” and Focus will surely do with next year’s “Insidious: Chapter 3”). Since the movies are so cheap to produce, he lets the filmmaking talent run wild. There is little interference by Blum, at least during production; as long as the creative principles get the film in on or beneath that budget, then they are left alone.

READ MORE: Low-Budget Producer Jason Blum on The Secret of His Success

But when Universal balked at spending that kind of money to promote “Stretch,” a gonzo, R-rated comedy from “Narc” director Joe Carnahan, just weeks before it was supposed to get a nationwide release, it became clear that Blumhouse’s model wasn’t as surefire as they had initially imagined. (Carnahan recently described the studio’s release model in a lengthy interview with Grantland: “It’s a factory, as preoccupied with quantity over quality as any other studio. Their job is to make 10 of something, and if one of them meets the metric with an audience, that’s the one that’ll get the TLC. I understand that. If you shotgun enough paint cans, you’re going to get a Picasso.”) The Hollywood Reporter did a piece on “Jason Blum’s crowded movie morgue,” describing all of the movies the studio had invested in but were now collecting dust.

There were films from influential directors (people like Barry Levinson and Catherine Hardwicke) that had gotten some kind of release from Blumhouse in the past, even if that meant shoving the films in an obligatory number of theaters, followed by a hasty home video release. But as the Hollywood Reporter piece showed, there were a whole slew of films that looked potentially lost forever, casualties of a numbers game that never added up. 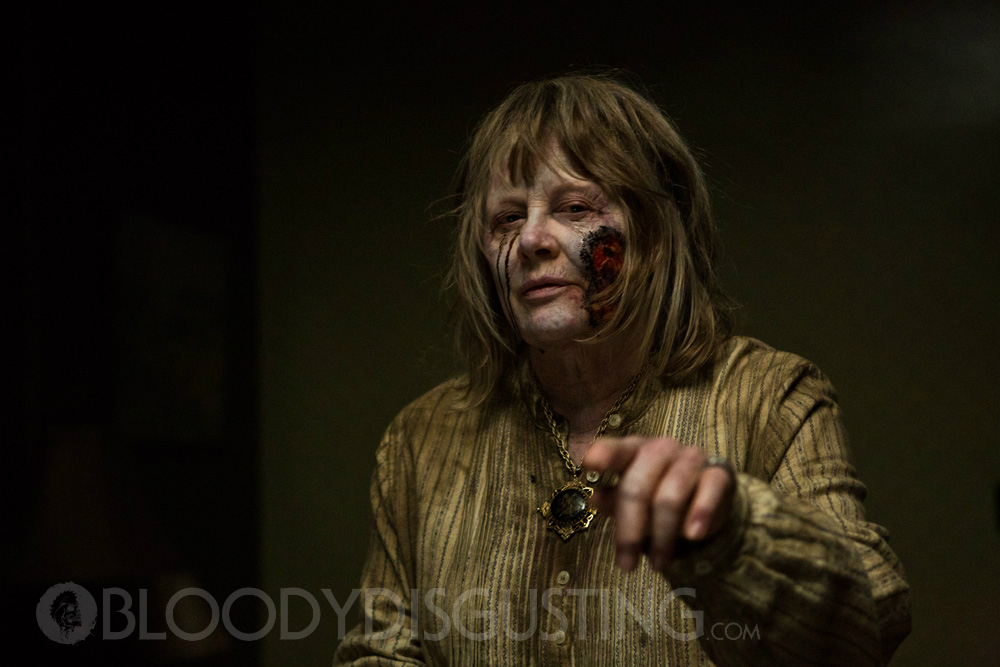 Starting this fall, though, some of those Blumhouse oddities have escaped the morgue, confusingly released through a number of channels via the studio’s new Blumhouse Tilt imprint. (Still some films, like Brad Peyton’s “Incarnate” and Iain Softley’s “Curve,” remain unaccounted for.) But now that they are out there, should anyone bother watching? Or were they better left moldering and unattended?

If the first movie you look at is “Mercy,” available now on a number of on demand platforms (including Netflix), from “A Haunting in Connecticut” director Peter Cornwell, you might be forgiven for thinking that these films probably should have stayed unreleased. An amateurish, borderline unwatchable adaptation of an old Stephen King story (one that was much more successfully brought to life courtesy of the 1980s “Twilight Zone” series), the movie is so poorly put together that you’re amazed that it can even sustain its barely-feature-length run time. About halfway through the movie Mark Duplass shows up and by that point you’ve either given up hope or are too fascinated by the Ed Wood-ian levels of shabbiness to turn it off. The fact that the considerable talents of Blum and the zeitgeist-capturing zeal of fellow producer McG could turn in something so utterly tone-deaf and dispensable is sort of beyond belief. This is one of the titles that should have remained buried. 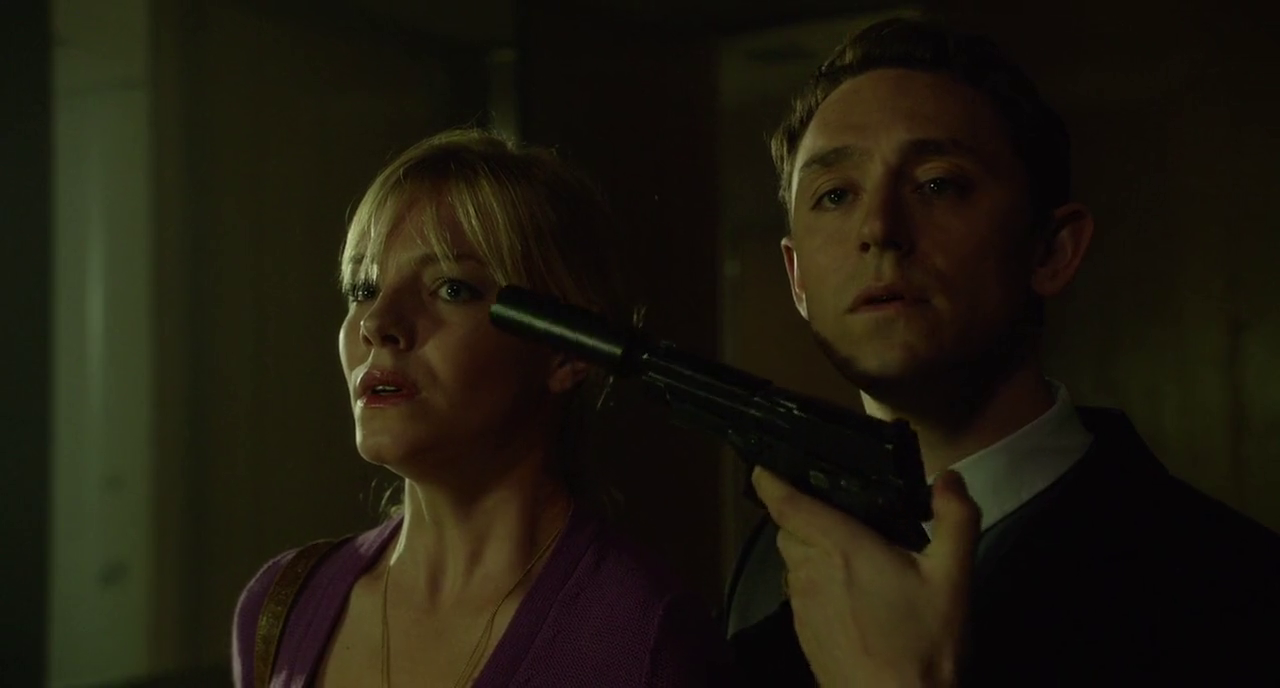 The same could be said for Joe Johnson’s “Not Safe for Work” (also available on Netflix), a workplace thriller dangerously low on any actual thrills. Max Minghella stars as an office drone hunted by a hitman on his last day of work (what are the odds?) And even though the movie was directed by Johnson, a filmmaker and legendary illustrator who helped design such iconic characters as Boba Fett, the Iron Giant and Buzz Lightyear, it doesn’t have any trace of the stylishness that Johnson usually brings to his projects. The incredibly tight budget seems to have sucked the air out of Johnson’s creative instincts and the script, by Simon Boyes and Adam Mason, strives for Hitchcockian claustrophobia but instead comes across as boring, predictable and ludicrous. Like “Mercy,” its running time barely constitutes as a feature film; clocking in at 74 minutes, it feels at least three times as long. 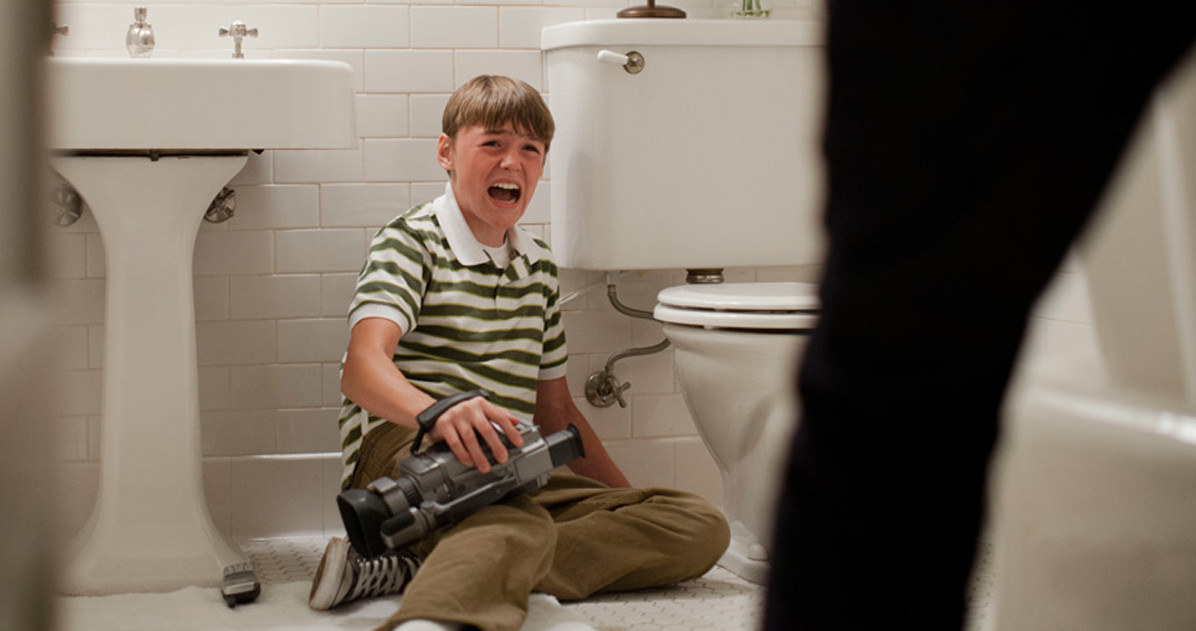 Far more interesting than either of these movies, if somewhat imperfect all the same, is “Mockingbird,” directed by Bryan Bertino, who had a sizable genre hit in Universal’s “The Strangers” way back in 2008. “Mockingbird” is one of the movies that had been left rusting in the vaults the longest; it was finished in May of 2012. It is, however, one of the very best movies to be released in this mini-deluge (it’s also available to stream on Netflix). The movie is set in 1995 and concerns what happens when three strangers are gifted with an oversized camcorder that’s attached with a simple instruction: keep filming, no matter what. The movie is structurally ambitious and truly terrifying, like if Robert Altman had decided to direct one of the “Paranormal Activity” sequels. It is, however, marred by an ending that simultaneously wraps things up too tidily while also leaving room for further installments. In those last few moments you can feel the push-and-pull of the Blumhouse model in the actual film. Spurred on by the success of the “Paranormal Activity” and “Insidious” movies, you can tell that Blum and company were looking upon each new film, even one as idiosyncratic and weird as “Mockingbird,” as a potential franchise-starter. Instead, it’s just one film, although one that is so good that its status as a “cult classic” is, at the very least, assured. 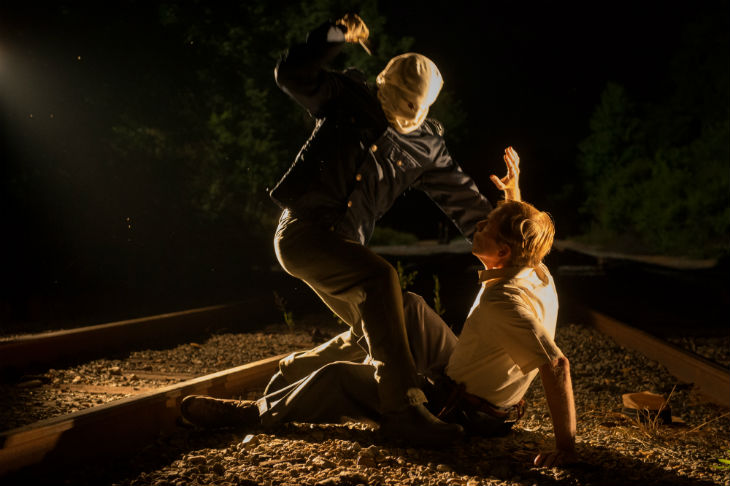 Even more interesting, although plagued by similar problems, is “The Town That Dreaded Sundown” (available on iTunes and Amazon Instant), a film that acts as both a sequel and a remake of the 1978 cult horror film (that itself was based on a string of real-life murders on the Texarkana border). Alfonso Gomez-Rejon, who has directed some of the loopiest, most stylistically distinct installments of Ryan Murphy’s “American Horror Story” (Murphy also produced this film), clearly relishes the material (the script, by Roberto Aguirre-Sacasa is ambitious, disgusting and hilarious), toggling back and forth through time and intercutting footage from the original film.

There are a number of notable performances in “Town That Dreaded Sundown,” too, with everyone from Gary Cole to Veronica Cartwright contributing gamely. I first saw the film at Fantastic Fest in Austin, Texas, and the crowd reaction was noticeably muted. This could be because, for all of its technical wizardry and cleverness, it’s also sort of exhausting, and by the end of the movie, things become a fairly standard muddle. (I asked Gomez-Rejon about how close this one to his original vision, and he disappointingly shrugged and said that at least 15 minutes was removed and the ending radically altered. But hey, at least people are seeing the fucking thing now.) “The Town That Dreaded Sundown” is a much more sophisticated movie, both technically and narrative-wise (imagine if Charlie Kaufman had written “Scream”), than most will give it credit for and it will surely have its second wind sometime down the line. But it still feels like a near miss, something that was tampered with in its final stages and robbed of its essential power. It also begs the question – if so few people were actually going to see this thing, why not just release the version Gomez-Rejon intended?

Finally, the very best of this bumper crop (and the reason for The Hollywood Reporter story in the first place) is Carnahan’s “Stretch.” A raucous, full-throttle R-rated comedy that makes “The Hangover” films seem like a Saturday morning cartoon, “Stretch” concerns a limo driver (played by Patrick Wilson), who is having the undeniable worst night of his entire life. At various points “Stretch” resembles both “Holy Motors” and “After Hours,” with a revolving door of starry cameos (James Badge Dale, Chris Pine, Ray Liotta, Brooklyn Decker) and a WTF-worthy narrative that ping-pongs around modern Los Angeles with reckless abandon. It’s also the one movie in this bunch that is seemingly engineered with an audience in mind.

You can practically feel the gasps and nervous bolts of laughter that would have emerged from a crowd at either a film festival or a well-informed art house. This is fairly commercial material that is more artfully handled than most films like it; there’s no reason that it could have eked out a healthy profit on the circuit, before being delivered to home video with a little more pomp and circumstance. Carnahan is an exciting director and one whose films deserve at least a modicum of attention, the fact that, without its cheerleaders, “Stretch” could have been conceivably lost forever, is a dire comment on how faulty this release schedule was (like many of the other films, it’s available on Netflix). Thankfully, “Stretch” is too rude, too fun, to joyously profane, to drift quietly into obscurity. It just would have been nice to have seen it in a movie theater with other human beings, instead of viewing it alone on my Playstation 3.