Exclusive: John Turturro and Michael B. Jordan to Participate in Free Black Friday Reading of 'Do the Right Thing' in New York 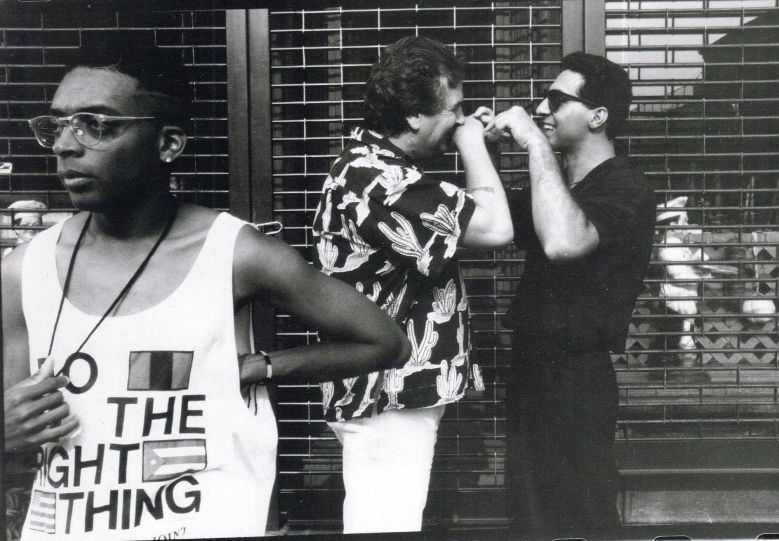 Black Friday’s meaning is about to change. The post-Thanksgiving day of excess, discounts and sales is being redefined in light of recent events that have taken place in this country. The film industry is helping to make that happen.

This Friday, November 28, indie directors and actors will come together for a special screenplay reading of Spike Lee’s “Do The Right Thing,” organized by filmmakers Ryan Coogler (“Fruitvale Station”) and Shaka King (“Newlyweeds”). The classic, which was released 25 years ago, will be read by prominent actors, including John Turturro (who played Vito in the 1989 film) and Michael B. Jordan, in order to raise awareness for human rights violations against Americans.

This free event is being organized in coordination with Blackout for Human Rights, a network of concerned artists, activists, and citizens who committed their energy and resources to immediately address the staggering level of human rights violations against fellow Americans throughout the United States. In a statement, Blackout said “We have witnessed enough. An affront to any citizen’s human rights threatens the liberty of all. So, we participate in one of the most time honored American traditions: dissent. We demand an immediate end to the brutal treatment and inhumane killings of our loved ones; the lives of our friends, our parents and our children have value and should be treated with respect.”

Coogler said, “In keeping with Blackout (for Human Rights’) theme of making Friday November 28th a day of activism over consumerism, we thought that doing a screenplay reading Spike Lee’s classic with a contemporary cast would be a great way to give people an alternative to shopping. New York is the city the whole country looks to for cultural leadership and with the recent human rights violations committed against New York citizens Eric Garner and Akai Lupica, we felt that this story of how New Yorker’s viewed and treated each other 25 years ago is just as relevant now as it was then.” The event is being dedicated to Garner and Lupica’s memory.

This free event will take place at the Film Society of Lincoln Center’s Elinor Bunin Munroe Film Center Amphitheater in New York at 7:00 PM. Free tickets for the reading will be distributed at the Elinor Bunin Munroe Film Center box office (144 West 65th Street, between Broadway and Amsterdam) on a first-come, first-served basis starting one hour prior to the screening. Limit one complimentary ticket per person, subject to availability.

READ MORE: Sundance 2013: Behind the Scenes as ‘Newlyweeds’ Does the Sundance Scramble