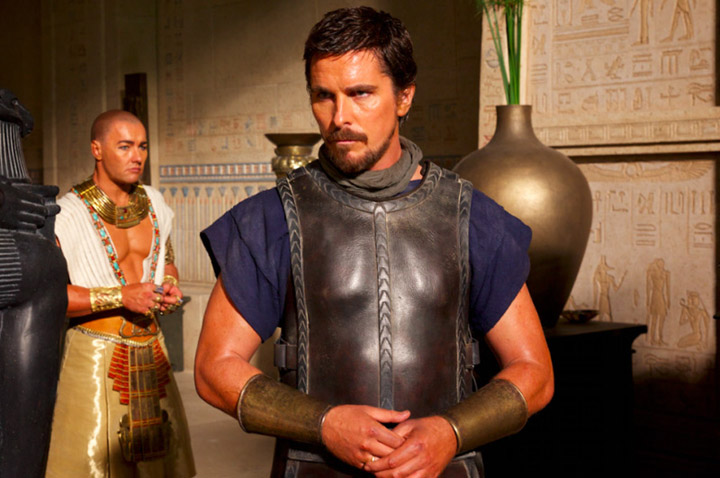 Ridley Scott has excelled at visionary science fiction, but the historical epic hasn’t suited him quite as well. With the Crusades-set “Kingdom of Heaven,” the sullen “Robin Hood” and now “Exodus: Gods and Kings,” the director depicts seminal mythological events in bland, matter-of-fact terms. While there’s a certain academic curiosity to wielding this approach to interpreting the Bible, Scott’s overlong adaptation of the Old Testament’s second book with a squinty-eyed Christian Bale in the Moses role feels like a missed opportunity for the director to flex his fantastical tendencies. After all, what are the 10 plagues if not an alien invasion story?

Instead, this telling of Moses’ deflection from the Egyptian kingdom that raised him in order to take on God’s orders and free the Israelites from slavery is strictly by the book. Still, there’s no doubting its impressive scale: With no shortage of fire and brimstone, it borrows heavily from the Cecil B. Demille playbook, presenting a CGI-filled ancient Egypt with appropriate grandiosity.

10 Commandments That Led Christian Bale to ‘Exodus: Gods and Kings’

But it takes a full hour of stone-faced dialogue before Pharoh’s adopted son (Bale) faces off with the king’s natural inheritance Rhamses (Joel Edgerton) about the Hebrew’s problematic lineage. “Exodus” doesn’t even try to liven up its material. By the time the plagues erupt in the penultimate act, they’re almost like an afterthought — a nuisance to the characters and a handy device to speed up the plot as it careens toward its prolonged final chase sequence.

That’s a shame, because the ornate screenplay (which sports four credited writers) regularly distracts from some admittedly impressive visual achievements: The sight of locusts swarming the kingdom from afar, the insects captured in swooping virtual camera, finds its match in the thundering approach of the Egyptian chariots nipping at the heels of the Israelites moments after they leave town. However, Scott can’t match the inherent excitement of these images with a similarly awe-inspiring story. When Moses encounters an aging slave (Ben Kingsley) who reveals the younger man’s origins as an Israelite abandoned by his mother, Moses bluntly replies, “The truth is that it’s not even a good story.” 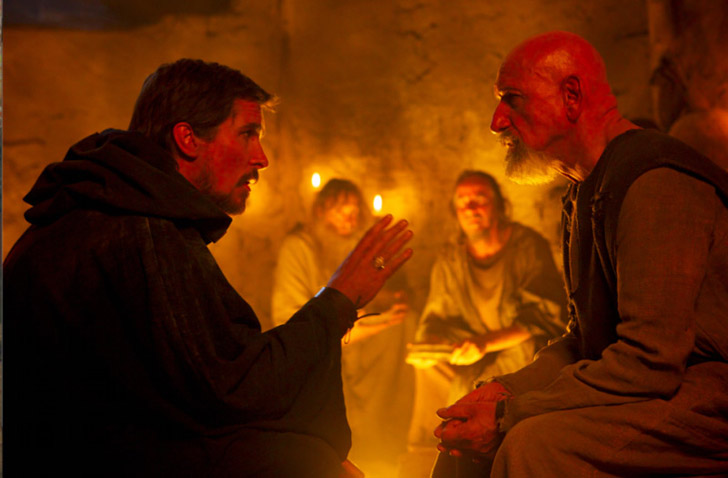 Unfortunately, he’s right. “Exodus: Gods and Kings” illustrates a typical contradiction of commercial entertainment: By playing it safe, the movie fails to enrich the material, and never captures the energy that has made its narrative so captivating for millennia. The vast ensemble, which includes  a conniving Sigourney Weaver as Ramses’ scheming mother and a bearded Aaron Paul as Moses’ right-hand man Joshua, never gets the chance to develop much dimensionality. Scott’s narrative drifts from one incident to the next with a largely ponderous air. (One might leverage a similar complaint against the Bible itself, but that’s hardly an excuse note.)

God’s childlike appearance, only visible to Moses, registers in ridiculous terms rather than suggesting anything ominous or powerful. A workmanlike quality hangs over the proceedings, the story more clerical than exciting as the plagues seep in. “From an economic standpoint, what you’re saying is problematic, to say the least,” Moses tells God of his plan to persecute the Egyptians until Rhamses lets the people go. Later, defending the plagues to a colleague, Moses asserts that “wars of attrition take time.” It might be the most blatant case of turning otherworldly events into administrative proceedings since “The Phantom Menace.”

As a whole, Scott’s version of this ancient tale feels oddly toothless — neither religious or secular viewers will find much substance beyond the basics of the spectacle in play. By contrast, Darren Aronofsky’s wildly uneven “Noah” looks like a visionary masterpiece — or at least an innovative attempt to shake up the familiar ingredients in play. By dialing down the imaginative potential of the story, Scott makes his narrative as appealing as a didactic Sunday school lecture.

The strongest moment arrives with the credits, which open with a heartfelt tribute to the director’s brother — fellow filmmaker Tony Scott, who committed suicide two years ago. Considering the story the precedes it, in which Moses and Rhamses form a sibling bond that tragically frays over the course of the movie, the tribute seems like an appropriate fit. While “Exodus” fails as a movie, at least its closing tribute hits its mark.