Review: 'Homeland' Season 4 Episode 6 'From A to B and Back Again' May Have Broken Carrie 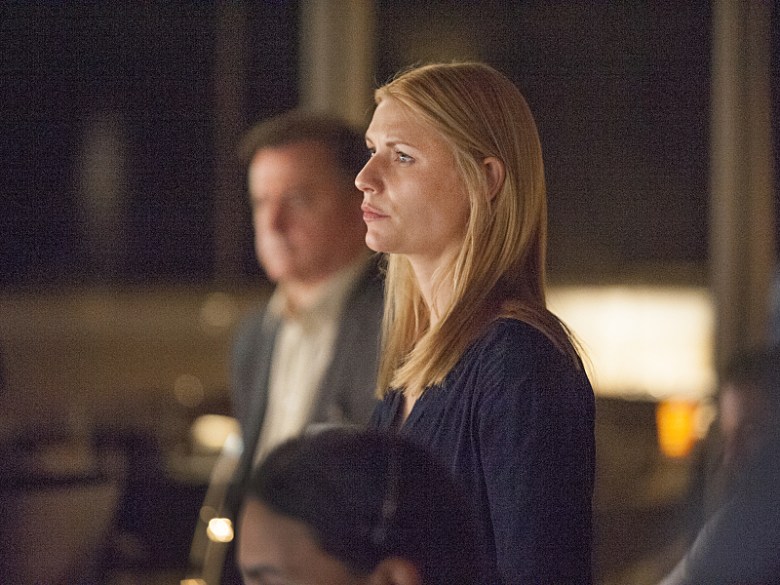 Quinn’s reaction to seeing Aayan killed, while a kidnapped and helpless Saul looked on, said it all about the sixth episode of “Homeland.” Episode 6, “From A to B and Back Again,” served as a miniature encapsulation of what’s happened in the fourth season so far. Early on, things seemed a bit slow, with Carrie and Aayan making (fake) plans we knew would never come to fruition and Quinn maddeningly spinning his wheels in regard to the abrupt disappearance of Saul and Farhad Ghazi. (To the latter, I get why Quinn wouldn’t be panicking until he heard Saul never boarded the plane, but shouldn’t he have put two and two together when both people went AWOL at the same time and from the same location?)

Then things kicked into gear. From the moment Carrie staged a fake kidnapping and forced Aayan to go on the run, things moved at rapid speed. Aayan embarrassed Carrie in front of her peers by confessing his love for her over the phone (!), and then Dennis (Mark Moses) exposed Carrie’s safe house and bipolar disorder to Nasneem (Nimrat Kaur). All of this took place before the mother of Season 4 twists, which obviously leads us to: 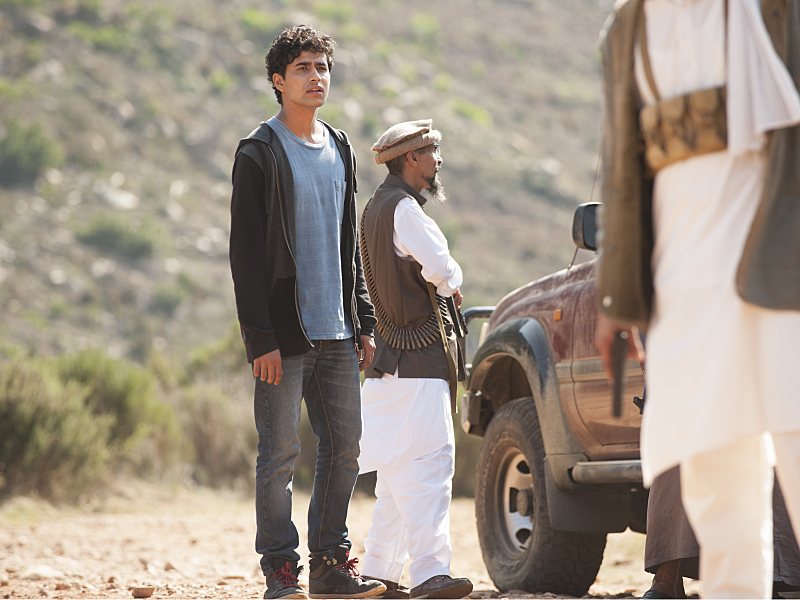 In the last 10 minutes, almost everything so far established in Season 4 was turned on its head, starting with the execution of Aayan by his uncle in front of his men, Carrie’s drone, and the man we’re most concerned for, Saul Berenson. Things weren’t exactly looking up for Aayan at any point in “From A to B and Back Again” — the episode’s playful opening, with him and Carrie laughing in bed together, feeling like such torturous foreshadowing now. Carrie trusted him to be resourceful, which proved somewhat true when confronted by crooked soldiers, but even then we could see this wasn’t a man capable of saving himself. He was a boy, just looking for help.

Last week, I argued Aayan was a double agent, working for his uncle to lure Carrie close enough to be killed. While that theory obviously didn’t work out, the young man was used for a nearly identical purpose: He brought Carrie, via her drone, to Haissam Haqqani so she could see who he’d taken and who she’d have to kill in order to take him out. The gamble worked for Haggani, but not because of Carrie’s lack of conviction. It was hard enough to hear her give the order to take out Aayan after just moments before telling the lost lad she loved him, but then she gave the order to kill Saul — an action so heartless we had to do this: 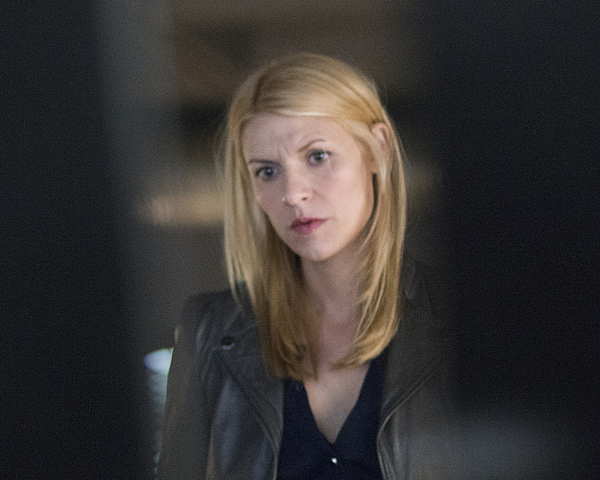 Carrie may have finally reached her breaking point in “A to B and Back Again.” While I’m not sure the title is a direct reference to Carrie’s redundant asset tactics — seduction, sex, death — it certainly covers the gamut. Without Quinn there to stop her, Saul could be dead right now, and Carrie would be justifying it to her superiors by saying she murdered someone she claimed to have already killed once before.

Earlier in the episode, John Redmond, the would-have-been station chief, told Carrie, “I don’t think you care what anyone thinks.” The way he said it, though, almost implied the opposite, or at least the hope she would correct him. When it came down to it, she said nothing and tried to do everything — she tried to kill Aayan and Saul, just to get to one target on an ever-growing kill list.

At that moment, with the full knowledge of Carrie’s medical history — including her institutionalization — Quinn tried to override her orders, screaming at his former friend (and now possible romantic interest), “Are you out of your mind? That is Saul down there. Saul.” She might very well be, but the scariest part is that she hasn’t yet reached her peak level of madness. 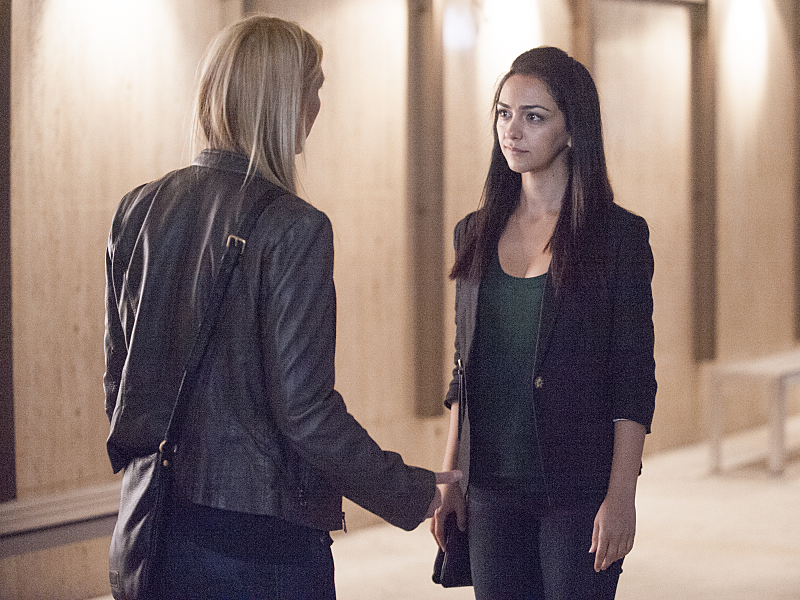 “Homeland,” in its new skin, has become very much a show about questions more than answers. Sure, twists are resolved and justified by season’s end, but this year the writers are focusing on whether or not Carrie has crossed over. Does her job and the demands of it cause more harm than it does good? As the episodes continue to stack up, the answer keeps coming back “yes.” What this means for the future of the show is unclear, especially when considering how far gone Carrie is right now.

Outside of her horribly misguided orders at the episode’s end, let’s take a moment to consider her conversation with Fara (Nazanin Boniani). Carrie, immediately on the offensive, took Fara’s lack of enthusiasm regarding Carrie’s conversion of Aayan in the worst possible way, calling her out for not being a team player and chastising her for failing to recruit Aayan herself. Fara, who’s been the most passive CIA agent depicted so far, reached her limit. “There wouldn’t be an operation if it wasn’t for me,” she said, shoving Carrie’s own slip-ups back in her face. “So don’t treat me like the enemy.”

Despite her lack of apology (big surprise), anyone could see these words stung Carrie. She’s not so far gone that she’s beyond feeling — not that she’s done anything about them — and we saw that again in the episode’s closing moments. Carrie, upset over everything that had happened, swept her desk clean and wept on the side of it, alone once more. The question now becomes, “What was she crying about?” Was it that her mentor’s life is at risk and her last lover is dead in the fields of Afghanistan? Or, was it that she failed yet again to kill her target? It very well could have been both, but where the balance breaks between the two may decide if Saul lives or dies.

Quote of the Night: 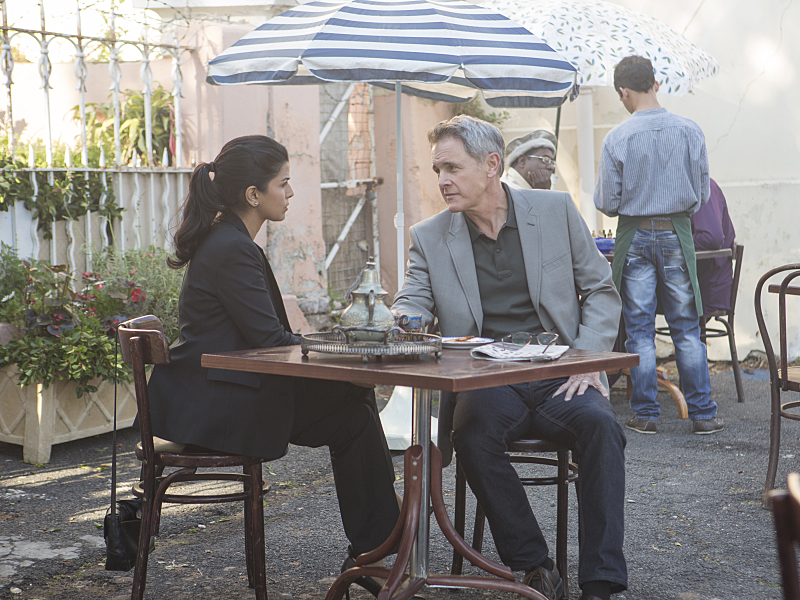 “I guess everyone has to be good at something.” – Dennis Boyd

While Dennis’ words to Nasneem certainly weren’t targeted at anyone other than himself (do we detect a bit of self-loathing in his voice?), the line speaks volumes for “Homeland” as a whole in Season 4. Carrie’s most relevant crisis is how she can function in the life she’s built for herself. Is her job as necessary as she’s made herself believe it is? Is she as smart as she thinks? Are her choices as sound as she needs them to be? All of these questions were put to the test in a matter of seconds as we saw Aayan be executed and Saul held hostage, the culmination of Carrie’s actions this year.

“Homeland’s” star has been knocked down to possibly her lowest level. Her instincts and devotion have betrayed her, and now she’s facing her greatest threat yet — yes, even more than when Brody was killed. Whether Saul lives or dies not only matters to Carrie because he’s her best friend, mentor, and father figure, but his fate will also determine if Carrie can continue on in the CIA. If Saul dies on her watch, she’s done for emotionally and professionally, the latter of which she’s always held at a higher value.

Carrie is on the verge of losing everything she’s worked for, just when she thought she was about to have it all. When Aayan escaped the soldiers who carded him at the bus, Carrie had to think things were in the clear. Her operation was moving smoothly. Her plan was working. Her life was in order. Now, it may very well be about to end.

[Editor’s Note: This story originally stated there are only four episodes of “Homeland” left in Season 4. That was incorrect. There are six episodes remaining (12 episodes total). We apologize for the error.]

This Article is related to: Television and tagged Homeland, Showtime, Television, TV Reviews