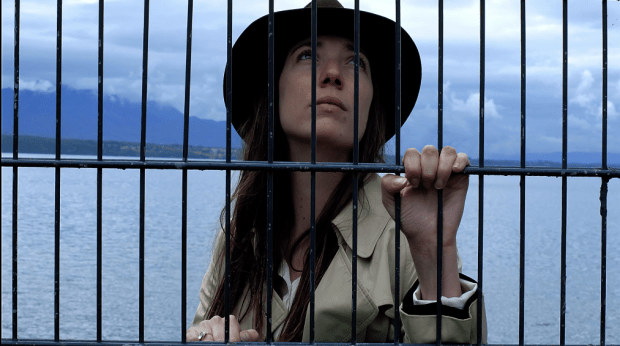 October turned to November this weekend, and with it came 84 year old cinematic legend Jean-Luc Godard finding impressive numbers for his “Goodbye To Language,” as well as the continuing success of a group of October releases, namely “Birdman,” “St. Vincent,” “CITIZENFOUR,” “Dear White People” and “Whiplash.”  Here’s our break down of the weekend’s specialty box office:

Jean-Luc Godard has become known for many remarkable things over his nearly 60 year career, but U.S. box office sensation has never quite been one of them. His last film released here, 2011’s “Film Socialisme,” grossed $32,977 over its 20 week run. But this weekend saw Godard’s 3D “Goodbye To Language” — which debuted at Cannes earlier this year — pass that mark after just five days on two screens.  Grossing $27,000 over the weekend thanks at the IFC Center and Film Society of Lincoln Center in New York, the film averaged $13,500 as it took the overall total to $38,448 since opening Wednesday.

Thompson on Hollywood had reported on Friday that the film had been having trouble booking 3D theaters.  Distributor Kino Lorber is hopeful this weekend’s performance might change that.

“We’re ecstatic and hoping that these socko numbers will catch the attention of our exhibition partners—particularly at Landmark and Pacific Theatres–and lead to additional 3D playtime in major markets, especially LA, in the coming weeks,” Kino Lorber’s Gary Palmucci said. 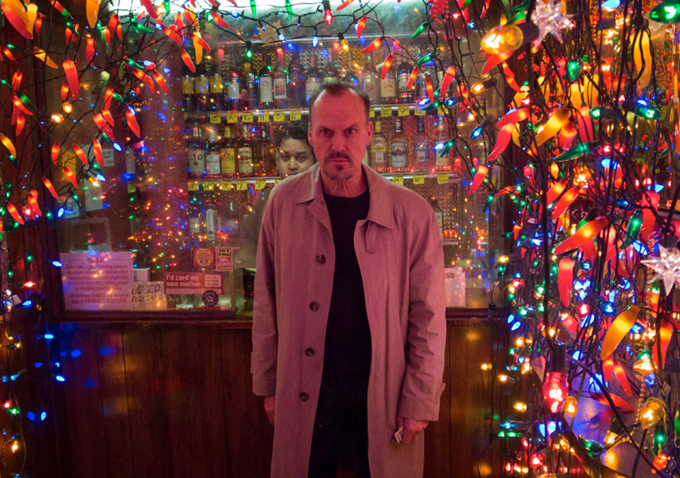 Not having any trouble finding new theaters was Alejandro González Iñárritu’s Oscar hopeful “Birdman,” which Fox Searchlight sent from 50 to 231 theaters on Friday to much success.  Grossing $2,510,000, the film managed a $10,866 average — the best of any film in release other than the aforementioned “Goodbye.” Notably the grosses jumped a huge 143% on Saturday, suggesting the film suffered from the typically low moviegoing that occurs on Halloween. Either way, it has now totaled $5,004,258 — putting it about $100,000 away from outgrossing Iñárritu’s last film “Biutiful” which clearly a lot more where that came from.

“We are very pleased with this weekend’s outcome as it has shown us that
the film has the ability to crossover to commercial audiences,” Fox Searchlight’s SVP of Distribution Frank Rodriquez said. “We have
always known that the Cinephile crowd would come out for the film but we
have questioned how easily we would be able to broaden out to a
mainstream audience. We have now answered that question and it seems
that there is no apparent ceiling as far as our success in upscale
multiplexes is concerned.”

Next week, “Birdman” will find its way to a total of 100 markets as they open in another 45 new cities. It will also expand in already opened markets. Searchlight’s plan is to get to between 425-450 theaters for November 7. 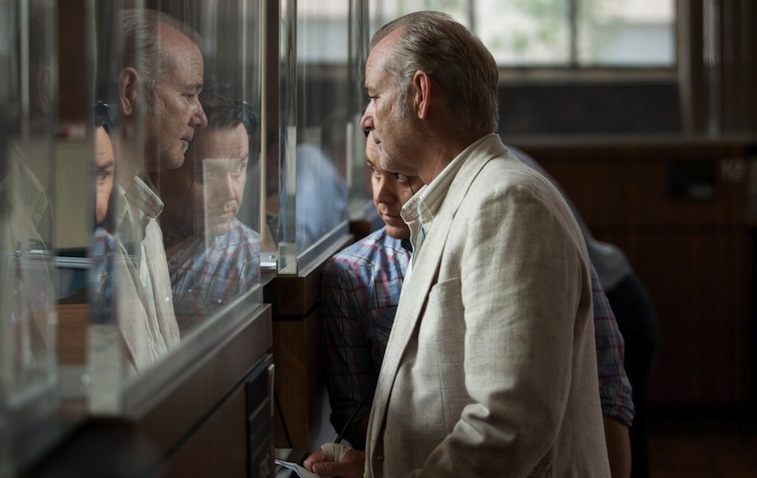 After a massive expansion last weekend that added over 2,000 theaters shot it into the overall top 10, The Weinstein Company continued to push Bill Murray and Melissa McCarthy-led
comedy “St. Vincent” out into the mainstream, adding another 270 theaters to bring its total to 2,552. The result impressively saw the film hold on to its impressive numbers from last weekend, dropping less than 1% as it took in $7,752,000 and brought its total to $19,526,877.  By Monday night it should become only the fourth specialty release of 2014 to cross the $20 million mark, after “The Grand Budapest Hotel” (which notably also featured Murray), “Chef” and “Boyhood.”

In its second weekend, Laura Poitras’ critically lauded documentary “CITIZENFOUR” went from 5 to 37 theaters and jumped 66%. Offering remarkable insight Edward Snowden and the NSA spying scandal,
the film grossed $210,049 to average a very healthy $5,677 as it continues its expansion. After 11 days, the film has grossed $391,177 and it seems already poised to become one of the few 2014 documentaries to cross the $1 million mark.

In its third weekend, Justin Simien’s “Dear White People” expanded slightly after an aggressive rollout last weekend, going from 382 to 393 theaters. It dropped 40% as a result, and while that suggests the film has clearly peaked, its $755,830 gross and $1,923 average are still certainly respectable.  “Dear White People” has now grossed $2,854,379.

One of “Dear White People”‘s fellow Sundance breakouts, “Whiplash,” continued a much slower expansion this weekend as Sony Pictures Classics took the potential Oscar contender from 46 to 61 theaters in its fourth weekend. The film has slowly been improving its overall box office potential each weekend, as this was no exception as it jumped a promising 11% in grosses, taking in $275,346 for a $4,514 average. The film’s total stands at $1,111,112. If Sony Classics can keep the films’ ball rolling long enough for it to benefit from some awards season love, the film could end up doing quite nicely.

And finally, The Orchard found a decent debut number from Marshall Curry’s documentary “Point and Shoot.” Coming off of nominations at both the Gothams and IDA Awards, the film was the top grossing film at NYC’s Landmark Sunshine this weekend, taking in $7,516 from its exclusive engagement.

“Marshall Curry’s ‘Point and Shoot’ is a fascinating glimpse into the mind of one man’s quest for manhood that is both captivating viewers and capturing significant word-of-mouth in the marketplace,” said The Orchard’s SVP of Film & TV, Paul Davidson.  “We couldn’t be more pleased with the accolades and are excited for the film’s potential in the impending awards season.” 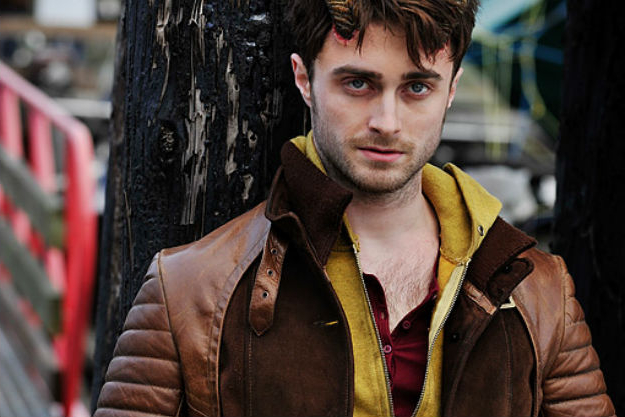 RADiUS-TWC might have continued to find success with “CITIZENFOUR,” but that wasn’t the case for the debut weekend of Alexandre Aja’s “Horns,” which they clearly hoped might benefit from the Halloween spirit of filmgoers. It’s quite possible it did much better on VOD (where it was also released), but theatrically it took in only $104,357 from 103 theaters, averaging a weak $1,013. Starring Daniel Radcliffe as a man who wakes up with two magical horns on his forehead, the fantasy thriller marks another somewhat disappointing attempt from Radcliffe to draw specialty audiences. “What If” and “Kill Your Darlings” — while both finding very strong reviews — underperformed recently as well.

Head over to the next page for a chart of the weekend’s 10 best per-theater-averages. 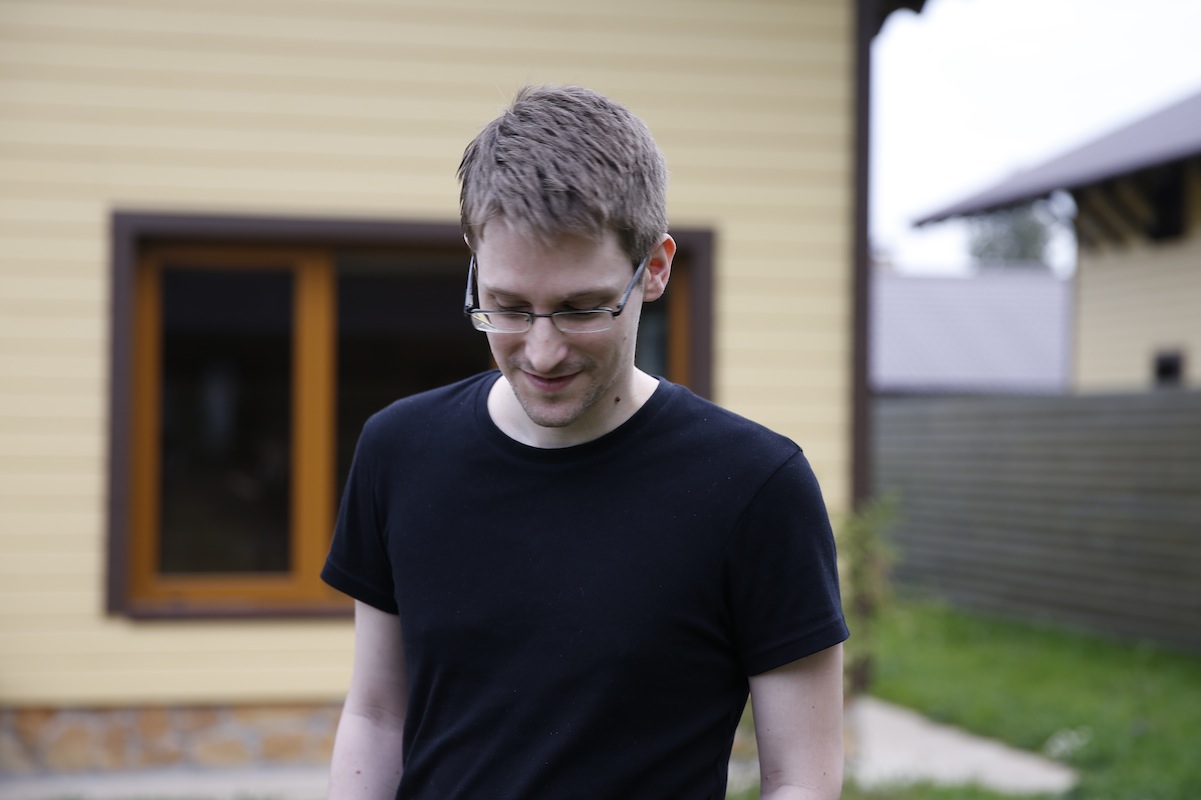 The Weekend’s Specialty Top 10 (ranked in order of
per-theater-average, and only including films that both submitted
estimates and initially opened in under 500 theaters):

Peter Knegt is a contributing editor at Indiewire and our box office columnist. Follow him on Twitter.