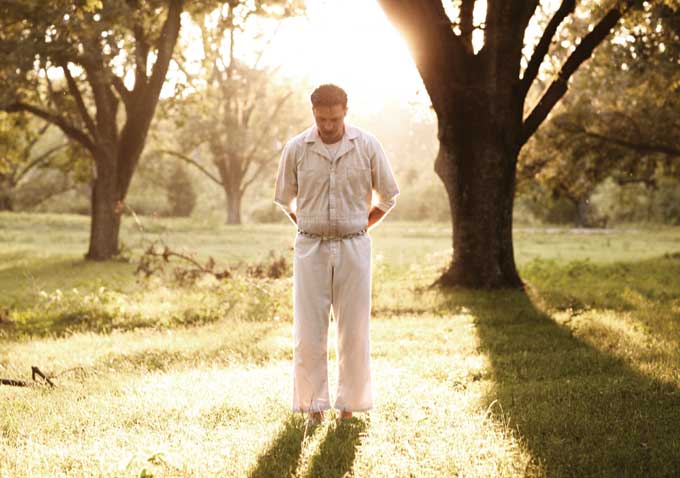 SundanceTV is moving ahead with more original content in what could be their most ambitious gamble to date.

Today, the network owned and operated by AMC announced plans to move forward with “Hap and Leonard,” a drama series set in 1980s East Texas about two best friends — and martial arts experts — who struggle to stay on the right side of the law in a series of misadventures. What might make things harder on the pair is that while Hap is white and working class — perfectly acceptable descriptors to the mainstream citizens of Reagan-era Texas — Leonard is black and gay, adjectives that didn’t (and still don’t) fly in the less-than-progressive South.

“Equal parts shocking and hilarious, ‘Hap and Leonard’ will cut through in a crowded TV landscape as irresistible southern pulp noir,” said SundanceTV President Sarah Barnett in a statement. “Jim Mickle and Nick Damici have a delightfully fresh approach to storytelling, creating vivid characters set in a picaresque world of deep friendship and occasional blood curdling incident. What’s more, Jim and Nick are true Sundance voices, having made a splash in recent years at Sundance Film Festival with their feature film [“Cold in July”]. We couldn’t be happier to add ‘Hap and Leonard’ to our line up of daring scripted shows.”

The series is based on Joe Lansdale’s popular series of novels and is scheduled to begin shooting in 2015. In addition to Mickle and Damici, the team behind “Hap and Leonard” includes executive producers Nick Shumaker (“Still Alice,” “Another Earth”) and Jeremy Platt (“The Walking Dead,” “The Lords of Salem”), along with co-EPs in Lansdale and Lowell Northrup. No announcement has been made regarding casting. The series is slated to premiere in 2016.

Read the full synopsis of the show below, courtesy of SundanceTV:

Hap Collins is a white working class laborer who spent time in federal prison as a young man for refusing to be drafted into the military and serve in the Vietnam War. Now in his late thirties, he is just barely making ends meet picking roses on an East Texas plantation. His colleague and lifelong best friend is Leonard Pine, a six-foot five, gay, black Vietnam vet with anger issues. Leonard was raised by his uncle who shunned him after learning he was gay leaving Hap as his only support in the not so progressive rural South. By turns funny and shocking, “Hap and Leonard” provides an unpredictable and side-eyed look into race, class and friendship.

READ MORE: How to Launch a TV Show, Whether it’s for SundanceTV or ABC

This Article is related to: Television and tagged Hap and Leonard, Jim Mickle, SundanceTV, Television