The Orchard Acquires Comic Documentary 'The Yes Men Are Revolting' 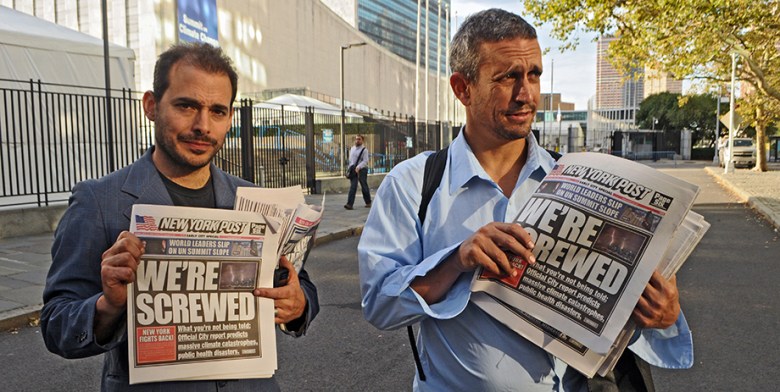 The Orchard has acquired all North American distribution rights to the comic documentary “The Yes Men Are Revolting,” the third entry in the “Yes Man” trilogy following 2003’s “The Yes Men” and 2009’s “The Yes Men Fix The World.” “Revolting” premiered earlier this year at the Toronto International Film Festival and will have its New York premiere as the closing night selection of the DOC NYC film festival.

Co-directed by Emmy-nominated Laura Nix and returning prankster-activists Andy Bichlbaum and Mike Bonanno, “The Yes Men Are Revolting” finds the eponymous duo tackling issues of global warming and middle-aged activism with their unique, uproarious flair. Bichlbaum and Bonanno shed light on the attitude and malpractice seen by greedy mega-corporations, corrupt governments and complacent media in regards to our current ecological crisis.

“‘The Yes Men Are Revolting’ continues the glorious tradition of hilariously duping the media and government while also remaining socially relevant,” said The Orchard’s SVP of Film & TV, Paul Davidson, in a statement. “Andy, Mike and Laura have delivered a unique film – one that entertains and inspires audiences to make a difference.”

The Orchard plans to release the documentary theatrically and digitally across North American in 2015.

This Article is related to: News and tagged Acquisitions, Laura Nix, The Orchard, The Yes Men Are Revolting