The Ultimate Homecoming: 'The Overnighters' Jesse Moss Brings His Movie to Williston 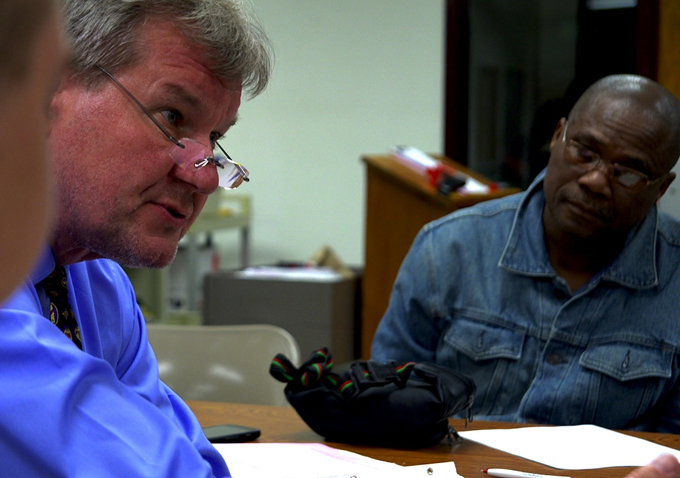 A little over a year after leaving Williston, the tiny oil boomtown in Western North Dakota that provides the setting for my documentary “The Overnighters,” I returned to screen the film for the community.

The film presents a portrait of community resistance and fear, in reaction to the influx into Williston of thousands of desperate Americans seeking work in the oilfields. The story centers on a Lutheran Pastor whose decision to harbor these migrants in his Church puts him in conflict with his congregation, his neighbors, the city government and the local newspaper.

I’d been eager for the community to see the film but fearful of returning and confronting the possibility of local hostility.

But with film expanding into theaters across America and attendant national publicity, and curiosity building within Williston, it seemed cowardly to withhold it.

With the blessing of my subject, Jay Reinke, we began the search for an appropriate local venue. After numerous enquiries, the Grand Theater, Williston’s historical movie palace (where the marquee reads, “Our Screen Talks”) agreed to present the film.

Drafthouse Films founder Tim League, who is distributing the film, joined me on the journey north. A true adventurer of cinema, Tim told me about a screening of “Deliverance” he staged on a canoe trip down the Georgia river where the film was shot. The film conjures dark images of Ned Beatty’s redneck violation, and did little to settle my frayed nerves. But Tim seemed like a guy who’d back you up in a bar fight, so that made me feel better. 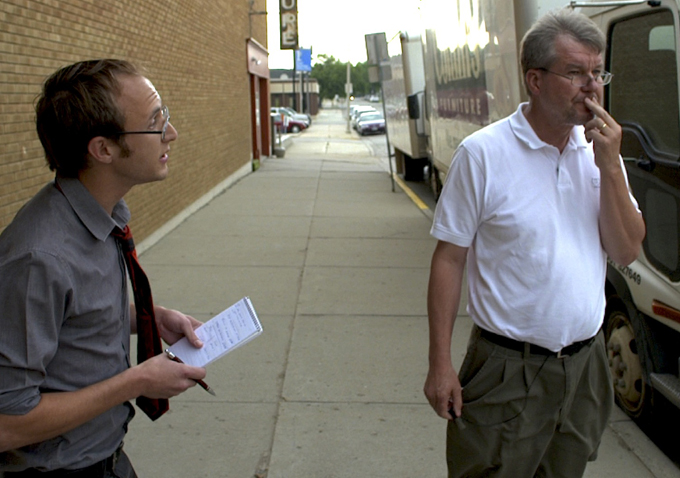 We organized a community forum after the screening. To our surprise, the Williston Herald – Pastor Reinke’s nemesis in the film – agreed to cosponsor the event and Managing Editor Jerry Burnes offered to join the conversation.   The weekend before the screening, the paper published a promotional giveaway — a “Golden Ticket” to the screening — hidden in ten copies of the Sunday paper.

But we wondered: Would anyone come?

We planned to videotape the forum, so I dragged four cases of camera equipment with me.  It was a painful reminder of the arduous 18 months I spent in Williston shooting the film alone. I stared at the mountain of equipment with something approaching dread.

As the plane descended over North Dakota, I could see the gas flares burning across the horizon – a starkly visible reminder of the extraordinary transformation of this once quiet, agricultural state into a major oil producer. Revisiting Williston is like returning to your old elementary school as an adult. It was just a little smaller and shabbier than I remembered, despite its powerful place in my memory.

The film was a life changing experience for me. It was a reckless, impulsive and financially risky proposition: I spent six months sleeping in Pastor Reinke’s Church, which provided an extraordinary window into his public and private battles and the raw hardship of so many desperate Americans who travelled to North Dakota in search of opportunity and redemption. The film evokes the fragility of the American Dream and the limits of compassion, ultimately less a story of oil than of the cold, hard realities of surviving in America today.

Now the film has been to Sundance, found favor from critics, and been backed by the cinematic renegades of Drafthouse. These things matter. But until this week, the judgment of the community had not yet been rendered.

The theater, a place I remember sneaking into on a slow production day to watch David Ayer’s “End of Watch,” is now screening Ayer’s new film “Fury” with Brad Pitt. Ayer has the movie star, but we were on the theater marquee: “The Overnighters.” It was positively surreal. 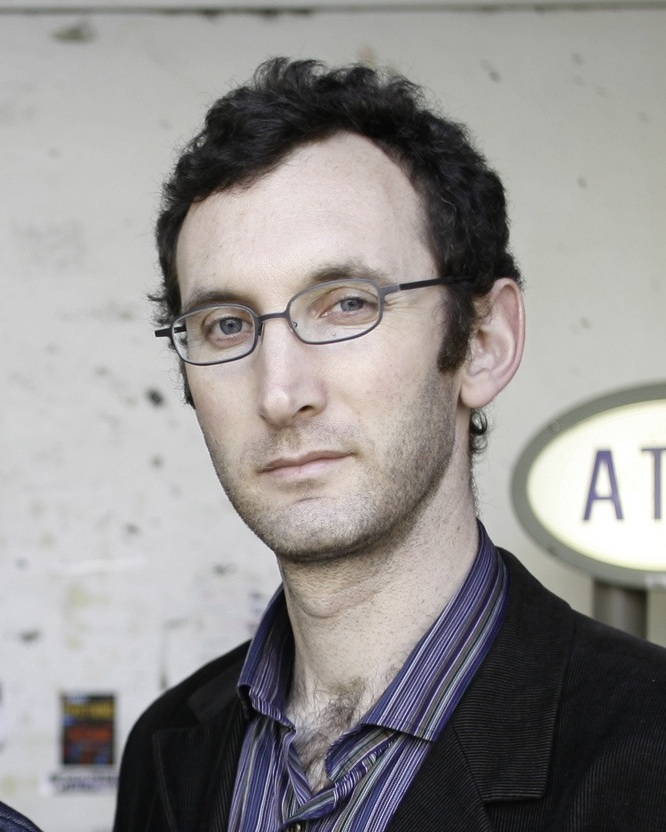 Slowly people began to file in.  I met Pastor Reinke in the lobby and we embraced. He’s seen the film and watched it with audiences across America, and like me, is now both anxious and curious to see how his neighbors, his friends and his enemies respond. He slipped out quietly before the show, a gesture of humility that is characteristic of Jay. This wasn’t his moment;  it’s Williston’s.

As Jay slipped out, the town began to arrive. The theatre buzzed. People bought popcorn and slowly filled the theater until there wasn’t a single empty seat in the house. Suddenly, the police arrived and shined their flashlights in the darkened room. They escorted a man out of the theater – apparently there was a restraining order against him. It was a reminder of the volatility of Williston – a town that resembles the closest thing we have to a modern-day “Deadwood.”

I saw a member of Jay’s congregation in the audience – someone who actively opposed the Overnighters program. I felt glad he was there. I was also glad to see several men who slept in the Church – former Overnighters.  We embraced, like veterans who had passed through some profound and indescribable place or battlefield – a small plot of floor space that is the closest thing to sacred ground that I (not religious) have ever experienced.

I found my seat as the lights dimmed, then felt relief as the audience began to laugh.

They were watching not just Jay’s story, but their own as well. No one grabbed me by the scruff of my neck or walked out in a huff. They watched, laughed, and cried.  And I thought: “This is one of the most unforgettable nights of my life” – comparable only perhaps to the film’s first public screening at Sundance in terms of sheer terror and exhilaration.

After the screening, the audience slowly shed its Midwestern decorum and found its voice. The reactions were respectful, compassionate, emotional and surprising. They seemed to have a new appreciation for Jay’s struggles, and their own, as a community.  The film’s core message of the battle for a better life resonated with both fourth generation Williston natives who paid tribute to their homesteading ancestors and the many newer residents in the audience.

The conversation renewed our faith in each other and the strength of a community willing to engage diverse points of view. Even Jay’s most determined critics approached me afterwards to talk.

Afterwards, we walked out into the street, where an early fall chill offered a reminder of the brutal winter to come.  As we walked down Williston’s deserted main street, I spotted a man sleeping in his parked car, the motor running to keep him warm. He was an Overnighter – with no Church floor to sleep on.

READ MORE: How I Shot That: Confronting Dangerous Townspeople While Shooting Sundance Documentary ‘The Overnighters

This Article is related to: Features and tagged Jess Moss (documentarian), The Overnighters