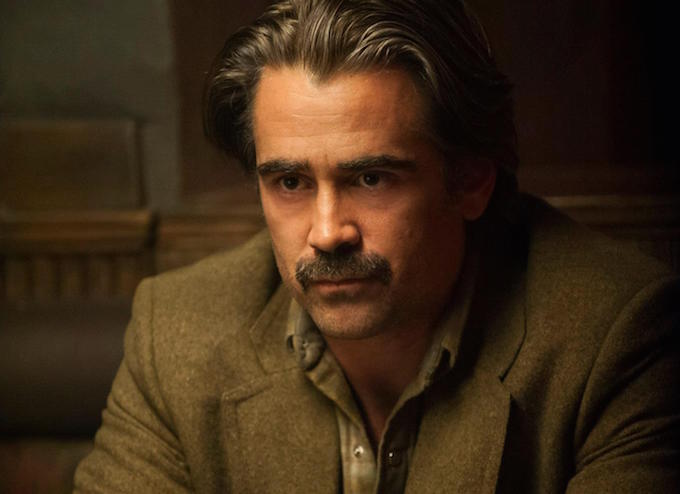 From HBO:
A bizarre murder brings together three law-enforcement officers and a career criminal, each of whom must navigate a web of conspiracy and betrayal in the scorched landscapes of California. Colin Farrell is Ray Velcoro, a compromised detective in the all-industrial City of Vinci, LA County. Vince Vaughn plays Frank Semyon, a criminal and entrepreneur in danger of losing his life’s work, while his wife and closest ally (Kelly Reilly), struggles with his choices and her own. Rachel McAdams is Ani Bezzerides, a Ventura County Sheriff’s detective often at odds with the system she serves, while Taylor Kitsch plays Paul Woodrugh, a war veteran and motorcycle cop for the California Highway Patrol who discovers a crime scene which triggers an investigation involving three law enforcement groups, multiple criminal collusions, and billions of dollars.

There have been rumors and discussion about various storylines — including, but certainly not limited to, the death of a corrupt city manager and how the ensuing investigation leads to the detectives discovering the secret occult nature of California’s transportation system — but why overwhelm yourself with knowledge about a show you already know you’re going to watch every week?

Part of why “True Detective” Season 1 worked so well was that no one knew what to expect. So we here at Indiewire have chosen not to reveal anything deemed “too spoiler-y” for our readers. What makes something too much of a spoiler? Well, there are certain things you want to know, and other things you want to know but don’t need to know.

Knowing, for instance, that Rust Cohle and Marty Hart won’t be returning for Season 2 is important. Knowing character names and who’s playing who is also kind of important, because it allows fans to get excited about seeing certain actors pop up in one of their favorite shows (and warns them about least favorites popping up, as well). That’s why we’re here—for the big stuff. For the rest, we’re merely encouraging you to watch, enjoy, and discuss plot details after you experience them as the writer and director intended—post-airing. 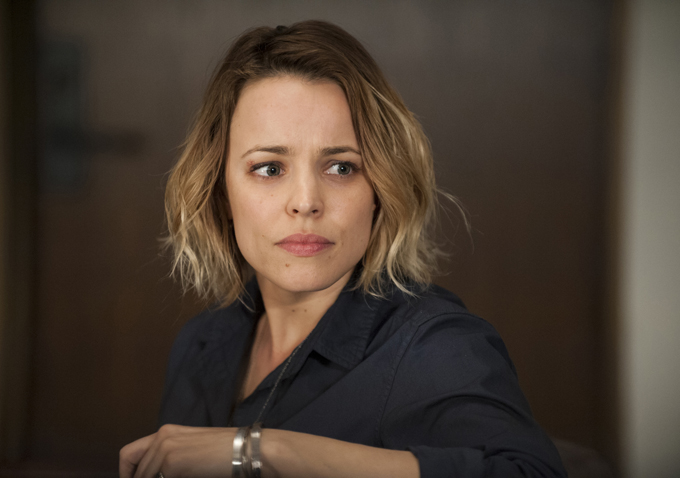 Main Cast:
Colin Farrell and Vince Vaughn remain the only two cast members officially enlisted for “True Detective” Season 2. While many other names have been tossed around during this long process, HBO has yet to confirm any other actors for the hotly-anticipated follow-up season.

Farrell will play Ray Velcoro, “a compromised detective whose allegiances are torn between his masters in a corrupt police department and the mobster who owns him.” Vaughn, meanwhile, stars as Frank Semyon, “a career criminal in danger of losing his empire when his move into legitimate enterprise is upended by the murder of a business partner.” Both descriptions are courtesy of HBO, hence their relevancy here.

Rachel McAdams and Taylor Kitsch have now been confirmed for Season 2, as well. After being long-rumored, the two were confirmed Monday, November 24 by HBO. McAdams was given a big, exclusive write-up in Variety back at the end of September claiming HBO had offered her the role. The actress remained personally mute on the subject, as well, an idea foreign to both Farrell—who confirmed his involvement in an interview two days before HBO officially announced it—and Kitsch, who also went as far as to nod in agreement with an interviewer who said he had the show “coming up.”

McAdams will play “Ani Bezzerides, a Ventura County Sheriff’s detective whose uncompromising ethics put her at odds with others and the system she serves.” (from the HBO release). Kitsch will co-star as Paul Woodrugh, “a war veteran and motorcycle officer for the California Highway Patrol, running from a difficult past and the sudden glare of a scandal that never happened.” 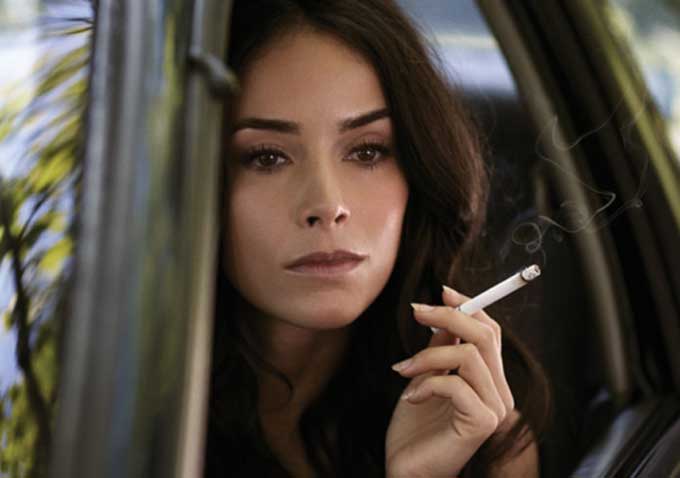 Others:
Going along with the aforementioned plot details we chose not to mention, there has been a slew of C- and D-list cast members reported to be attached for Season 2. It’s not important you know who they’re playing in as much detail as some have chosen to divulge—again, you’ll be watching the show anyway, so just wait—but if you want the names, here you go.

• Rick Springfield – Based on a tweet from the singer himself, we know Springfield will play a part in the upcoming season. How big a part is yet to be determined.
• CS Lee – best known as the lab assistant on “Dexter,” Lee joins the cast as Richard Geldof, a morally-sound state’s attorney general.
• Lolita Davidovich – a prominent character actor in everything from “NCIS” to “Curb Your Enthusiasm,” Davidovich will be playing Paul Woodrugh’s (Kitsch) mother, Nancy Simpson.
• James Frain – most recently in “Intruders,” Frain will be starring as a ruthless police lieutenant named Jeff Hunt. (get it? he’s ruthless, so he hunts).
• Kelly Reilly – the “Black Box” and “Sherlock Holmes: A Game of Shadows” star will play “Jordan, Frank Semyon’s wife, a former D-list actress who is a full partner in his enterprises and ambitions.” (from the press release) Reilly has also been confirmed by HBO.
• Michael Irby – everyone’s favorite veteran of “Almost Human” and “The Unit” returns to cop shows as Ani Bezzerides’ (McAdams) partner, Elvis.
• Abigail Spencer – the knockout from “Rectify” will play Alicia, the survivor of a sexual attack
• Leven Rambin – a well-known face thanks to “The Hunger Games” and “Grey’s Anatomy,” Rambin will be playing the drug-troubled Sophia.
• Riley Smith – the “True Blood” actor will play McAdams’ boyfriend, Steve Mercier
• Adria Arjona – soon to be seen in the Michael Bay/Jerry Bruckheimer TNT (Boom!) pilot “Narcos,” Arjona will play Kitsch’s “girlish but practical girlfriend.” 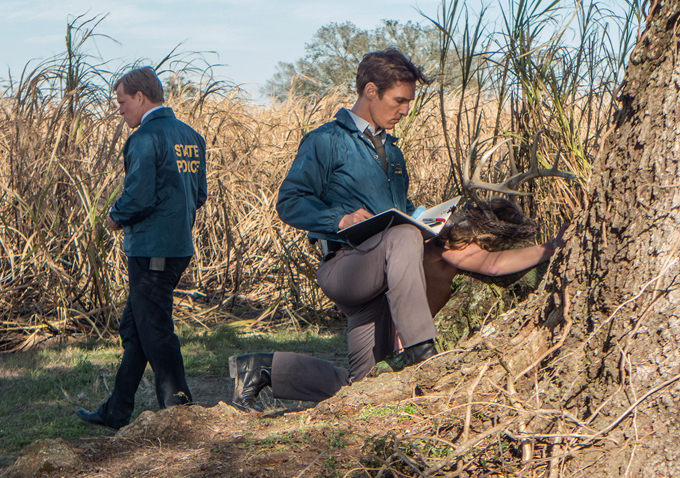 HBO confirmed what we all suspected in its one and only press release on the subject: Creator Nic Pizzolatto is writing Season 2, just as he did Season 1. No matter your thoughts on the man himself, I think we can all agree there’s no one else we want writing seasons of “True Detective.”

Good question. Justin Lin has been confirmed to direct, but only for the first two episodes. Unlike when Cary Fukunaga helmed all eight episodes last year, it looks like Season 2 will be divvied up among a few different directors. Who else will be behind the camera? We have no idea, but as with the rest of this production, HBO better make some decisions right quick if they want to get start shooting before 2015.

When Did Shooting Start?

HBO announced on Novemer 24 production has begun on “True Detective” Season 2. Courtesy of Colin Farrell himself, we know it will be about a four-to-five month shoot and take place along the coast of California, near Los Angeles. 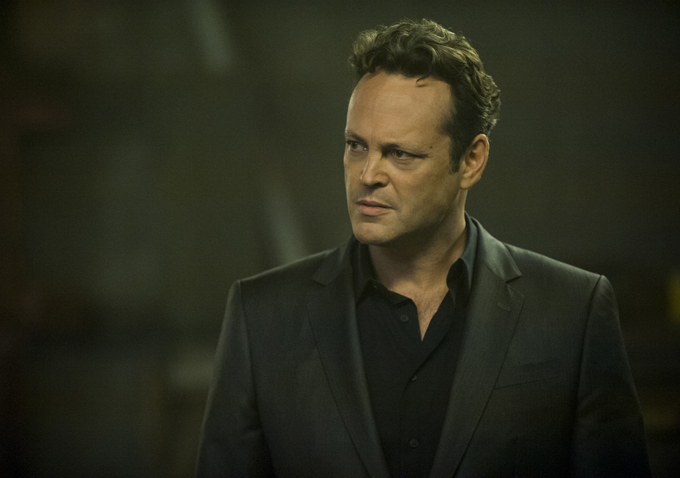 • Season 2 will consist of eight episodes.
• Each episode will be an hour-long.
• Taylor Kitsch took a year off of acting so he could better his chances of landing this role.
• Colin Farrell is very, very excited to be moving into TV.
• Vince Vaughn (6’5″) is half-a-foot taller than the next-tallest member of the cast (Taylor Kitsch at 5’11”) and more than foot taller than Rachel McAdams (5’4″), who he co-starred with in “Wedding Crashers.” Does this mean we should expect a similar finale to Season 1?

Are We Bound to Be Disappointed by ‘True Detective’ Season 2?

‘True Detective’ Emmys Loss: Why the TV Academy Got It Wrong (and HBO Had It Right)