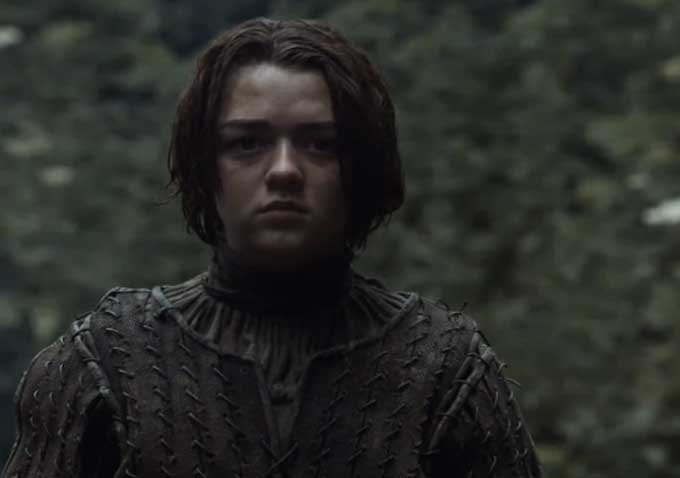 So my son Sammy, he’s the one who got me into “Breaking Bad,” but he loves a lot of other shows, including this one on HBO, with the swords and the dragons. Sammy says it’s not because of the naked ladies, but I’m not sure, and don’t really have any way of knowing. I didn’t get HBO for the apartment. It just felt like a waste, with only me there to watch it.

But anyways, today at work I was on the Internet looking up news about TV shows, so that when I take Sammy and his sister Jessie to Olive Garden on Friday we have something to talk about. That’s how I found this new trailer for “Game of Thrones” and I gotta say, I’m confused. I mean, AMC’s been real stingy with showing any actual proof that they’re actually making this “Better Call Saul” show I’m pretty excited about. But man, what the heck is this thing?

It’s 10 seconds long? And that little girl stabs someone? And then there’s a door? Damn thing is so dark I can barely even tell what’s happening. I’m worried about that little girl, though. She reminds me of Jessie a little, with that dark hair.

Dunno if I should watch that show. Though I remember hearing that the kids all have dogs? I like dogs. Hope nothing bad happens to the dogs. God, I remember when my buddy Tomas, when we were stationed in Riyadh, he found this mutt playing… Oh man, we had the best time teaching Homer tricks. We named him after Homer Simpson. It was 1991, that’s the sort of thing we did then.

Anyways, I guess I can’t blame HBO for getting all excited about “Game of Thrones,” even though I looked it up and the next season doesn’t start for months and months. Who knows, I could be back home by then. Back in my house, with my family and my premium cable.

In the meantime, maybe I’ll check out whatever this website is they’re linking to, in case this is just HBO hinting that this is just the beginning. Show Sammy that his old man knows a little bit about what’s going on in the world. Or, at least, on television.

Rob T. Jenkins lives in Richmond, Virginia and is definitely a real person. “Game of Thrones” Season 5 premieres sometime in 2015.