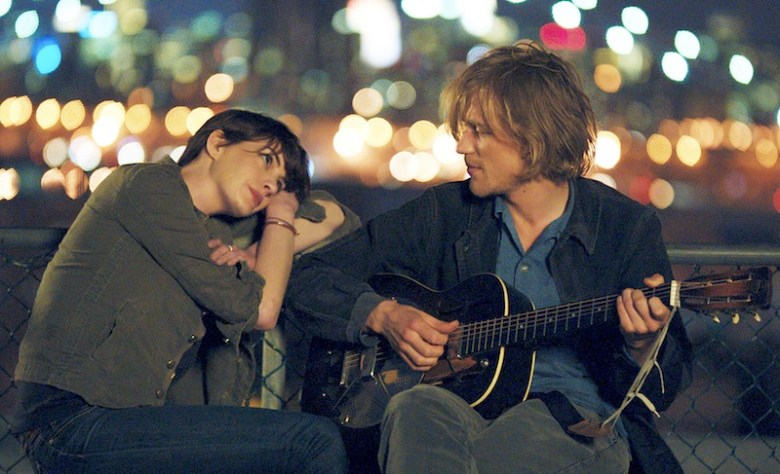 In Sundance-premiered “Song One,” Anne Hathaway plays Franny, an anthropologist whose brother falls into a coma after being hit by a car. Franny hadn’t spoken to her brother six months before his accident; they had been in an argument about his decision to drop out of school and pursue a career in music. In the trailer, Franny reads her brother’s journal and explores his Brooklyn haunts, such as the Music Hall of Williamsburg. Eventually, she meets her brother’s favorite folk musician and they strike up a relationship.

If you were bothered by Taylor Swift’s “Welcome to New York” moment, this might not be the film for you. The Indiewire review describes the film’s characters as “manufactured Brooklyn bohemians,” and their faux-retro accouterments (e.g. a gramophone record player) as “empty signifiers that deprive the movie of its realism.” Critics often point to the music as a strong point of the film;  it was written by Jenny Lewis and Jonathan Rice.

“Song One” was produced by Jonathan Demme and hits theaters and VOD January 23. Check out the trailer below:

READ MORE: Meet the 2014 Sundance Filmmakers #29: Kate Barker-Froyland Shows Us the Power of Music with ‘Song One’