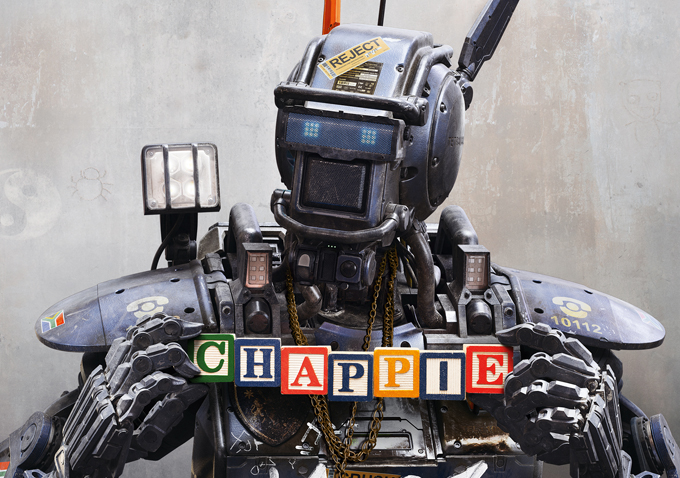 “District 9” director Neill Blomkamp’s new robot movie “Chappie” looks a little bit “Wall-E,” a little bit “Short Circuit,” an little bit “E.T. the Extraterrestrial” and well…a little bit “District 9.” Those are all good things.
The film is presumed to be a feature version of Blomkamp’s 2004 short film “Tetra Vaal.” “Slumdog Millionaire”‘s Dev Patel stars as a scientist who invents an artificially intelligent life form who is both sentient and emotional. The rest of the cast includes Hugh Jackman, Sigourney Weaver, and Blomkamp frequent collaborator Sharlto Copley as the voice of Chappie. From the looks of the trailer, what starts out as a remarkable, scientific discovery quickly turns into what is perceived as a dangerous advancement. That seems to happen a lot, when those pesky humans get involved. Also, how adorable is it that Chappie is watching “He-Man”?
“Chappie” is set to hit theaters on March 6, 2015. Check out the trailer below:

READ MORE: Neill Blomkamp Says ‘Chappie’ Will Be Like A “Hilarious” Mix Between ‘RoboCop’ & ‘E.T.’

This Article is related to: News and tagged Chappie, Neill Blomkamp, Trailers