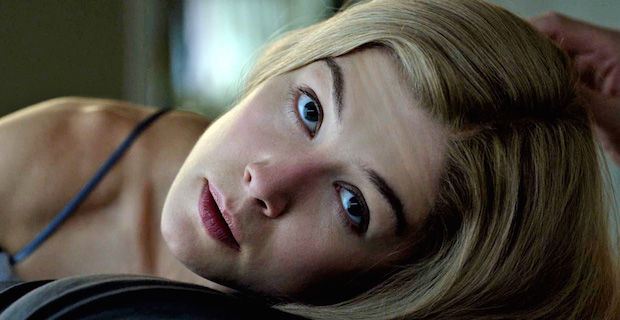 It’s been four in a row that I’ve done digital. There is still something inherently magical about shooting on film, and to some degree, it’s mysterious and you get to be the wizard behind the curtain that makes everything happen, which I kind of love. But also, with digital photography, you’ve eliminated some of the things that could become problematic, both photochemically and technically in labs with scratches and all kinds of mysterious things that can arise. There’s not many surprises with digital, but there’s more risks you can take. You certainly sleep better at night because you don’t have to wake up at 4 am and call the lab to see if there’s still a job for you to do that day. But that doesn’t mean it’s any less work, you still have to put the lights in the right places and you still have to make good choices and fight continuity along scenes.

You have to be a smart filmmaker either way. It’s opened the door a lot in that it allows directors to work longer with the performance, you can get actors into a routine and force things out of them in a way. You watch David and after four takes in a row it sort of breaks the mold and you get something new out of what might otherwise be a safe performance. That’s really magical. I like the fact that you ultimately have more control. Back in the day you spent so much time, down to the tenth of the stock, in order to expose something, and there were all the lenses coming with it, be it Panavision or Aeroflex. You’d go to the lab and they would try and get as close as they can, but then you’d walk into one theater and it’d be green, and then in another theater it’d look blue, so all of that work seemed to disappear when you finally got to the presentation.

Now, everywhere you go with digital, it all looks the same, which is somewhat comforting. You’ve given up a little magic, and you’ve given up a little texture, but you can work on that. There’s ways of making a lot of that come back if you have enough time. And there’s still piracy and environmental concerns, given the prints and chemicals, but that’s just the evolution of cinema. There’s still a lot to be discovered, and it’s still super open, which is kind of what the industry has always done.

Digital is nice because you can see what you’re getting. But I’m always strategizing and planning which film is going to be the right one where everybody sits at the table and says, “You’re right. This has to be shot on film,” but that hasn’t happened yet. It’s no loss to the films that we shot them digitally. Actually, I think it freed us up in some ways that helped the process, helped us see things that we may not have been so certain about. We shot on such a tight schedule that with film, just waiting for dailies, because labs have closed, now you have a couple of days where you don’t see dailies, that can hurt you. The environment where you don’t have all the infraststructure to support shooting on film, it doesn’t allow you to be as responsive to the material like you are when you’re shooting digitally. With these two films, it just helped. It didn’t hurt at all. And I tried to color the films and patina the films in a way that felt filmic anyway. I’m a fan of digital so I’ll take it both ways, but I definitely am a student of film for sure. 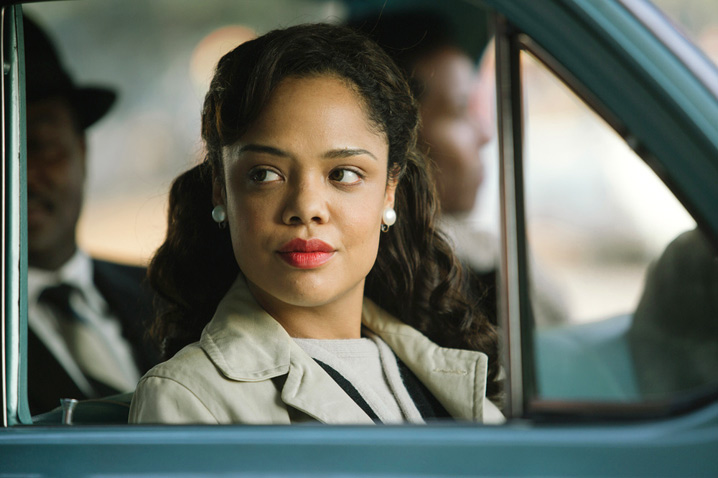 I love the fact that I was sitting in my head for twenty-something-odd years shooting negative, shooting it from emulsion, and along came a tool out the clear blue sky, put in my hands for me to devise a way to use it. I just feel it’s so interesting to have another brush in your hand. “Rampart” with Oren [Moverman] was the first time I shot digitally. We were using the Alexa for the first time, which right now is definitely my preferred camera. Arri Alexa is the camera I like to use now. That film, “Rampart,” was taking place a lot downtown at night in Los Angeles and inside a cop car and we were very interested in exploring not lighting the film much. The idea was that the camera was so fast. We were able to use little or no light and it just really informed how light on our feet we were in terms of making the film, which really translates to the energy of the film. I had my first experience with digital on that, which was a very positive experience. It informed my subsequent experiences digitally. I feel like it’s not a question of film or digital, but for me it’s like, ‘Let’s make films. We don’t have to shoot films on film to make them films.’ 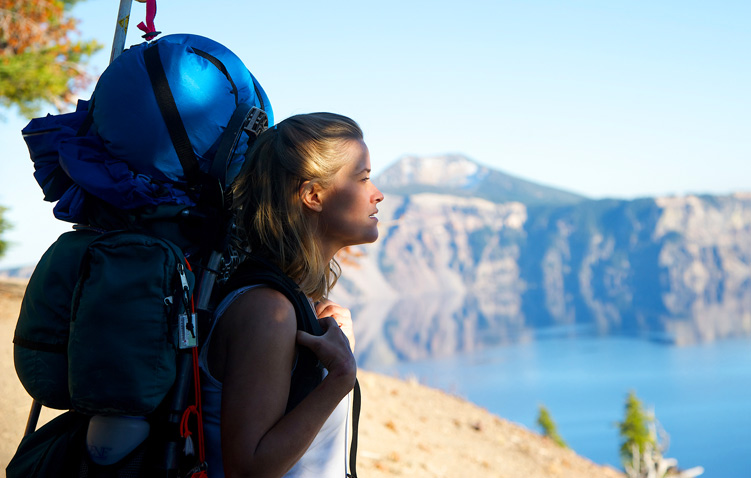 A lot of DPs in my generation still say for landscape and things like that you have to shoot film, because it’s true that the last film stock had a lot of overexposing or underexposing part of the image, and it’s softer and everything. But with Alexa, I thought it would react the same way as film stock. The camera can take a lot of details in the bright part of the image and the dark part, so I could overexpose or underexpose without being scared I would lose all the detail. And we shot digital because Jean-Marc [Vallée] a lot of the time wants to shoot more than 10 minutes without cutting. With the film stock you can only shoot 10 minutes. And with digital sometimes, you can shoot 42 minutes if you want to without cutting. 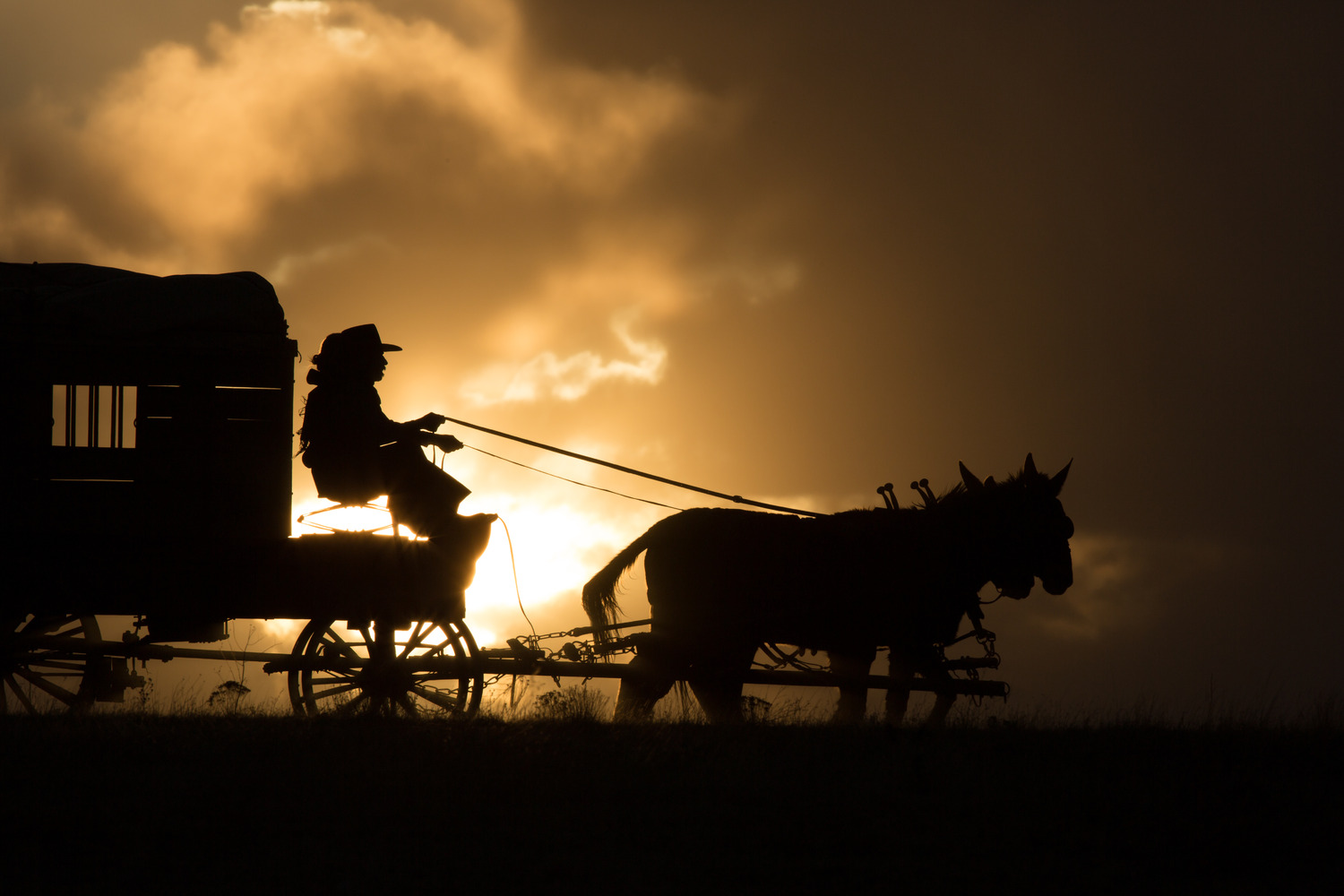 It’s more about the texture that fuels the story. For each different project or scene, I try to find what color, what texture, what will work. And definitely the format you shoot affects that. Digital has a certain look to it. Let’s say it’s more clean. It doesn’t have the movement of the film grain. It doesn’t have that sensation that film gives you. And there’s certain things that digital cameras can do — with a shutter, for example. On a film camera you can’t go with a wider shutter than 180 degrees. So, I used that on “The Wolf of Wall Street” for certain scenes. I used the shutter nearly 360 degrees to blow the images. I like both. I like the depth of film. I love the film grain. It’s something that I do gravitate to, but I also appreciate the benefits of digital for certain things.

Well, all of my movies were film except for my last film that I did with Paul Feig called “Spy” which we shot last spring and early summer and it’s going to be released in May. That was my first digital movie. Everything’s been film except “Spy.” We actually wanted to shoot film on “Spy.” In fact, we went to the studio twice and got shot down by the studio. I think that’s just the way it is now, unless you’re Chris Nolan or Quentin Tarantino or Wes Anderson, you’re going to be shooting digitally. That’s kind of the new world. I mean the digital cameras have gotten much better. We shot with the Alexa on “Spy,” there were some situations at night when we were shooting in the tunnels at an old beer factory. There was very little light. The Alexa certainly performed really well in those situations, certainly better than film would have. But, given my choice, I prefer the process and the feel of film. But that said, digital keeps getting better and better. It’s here to stay, obviously!

Tami Reiker, “Beyond the Lights”

“Pieces of April” [directed by Peter Hedges] was my first digital movie, on a handycam. That was a camera that fit in the palm of my hand, that was the whole beginning of the digital wave. But it’s been interesting to switch. Parts of it I love and there’s been other parts that Gina [Price-Blythewood] and I just couldn’t bear. We can’t bear all this cable that you’re attached to. She’d say to me, “Come on, grab the camera! Let’s go!” And I’d be like “Ugh, those days are over! I can’t grab the camera, we need seven other people to come along!” [Laughs] 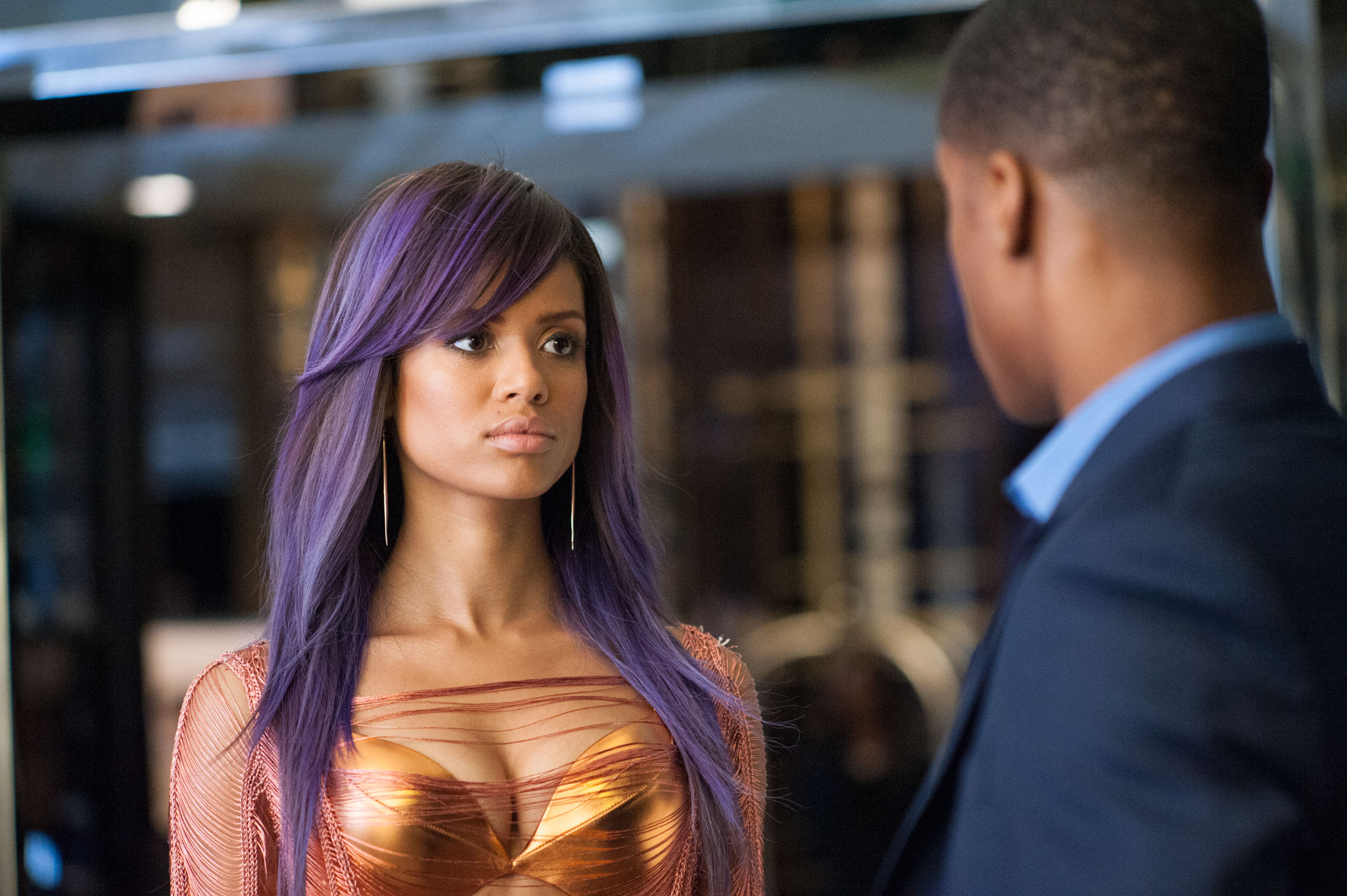 I want to carry on working in the business so I had better say something very, very positive about digital. [Laughs] It’s part of the life. It’s an inevitability. I was part of that system in the sense that I finished off “Attack of the Clones” and “Revenge of the Sith” and so I was with George Lucas and Rick Mccallum when they were developing the systems…Ultimately, George [Lucas] was the spearhead for all digital systems and the shift from film to digital. So in some ways I was part of that revolution, so I can’t really deny the value of digital being part of that progression. But as a DP all I can say is that I’m more stimulated by film images when I see them on a big screen. The actual process of working, maybe because I’m very familiar with a film camera, is much easier, faster, more flexible and a much more creative process.

But that doesn’t mean that digital cameras don’t have a huge value. For instance, the Alexa is an amazing-looking camera…I just finished a Jack Black movie [“D-Train”] earlier this year and we just timed that film, and it was shot on the Alexa and all on anamorphic lenses and it looks fantastic, the film looks fantastic. I mean, occasionally it looks a little digital — you know, 50 percent of it looks just like film, but a little sharper.

The quality of the images now coming out of digital cameras is getting better every year. The Alexa is better this year than it was the last year. It’s moving at such a rate that supporting film just on the idea that I just happen to like those type of images is not really very practical within the film world. So I accept digital, I accept we’re moving on, I accept that I think that general level of photography will increase with the quality of photography — that it must increase with digital, you know, the ability to just look at what you’re actually going to get should move us a long way.

This Article is related to: Toolkit and tagged Cinematography, Digital, Features, Toolkit