8 Predictions for the Future of Film in 2015 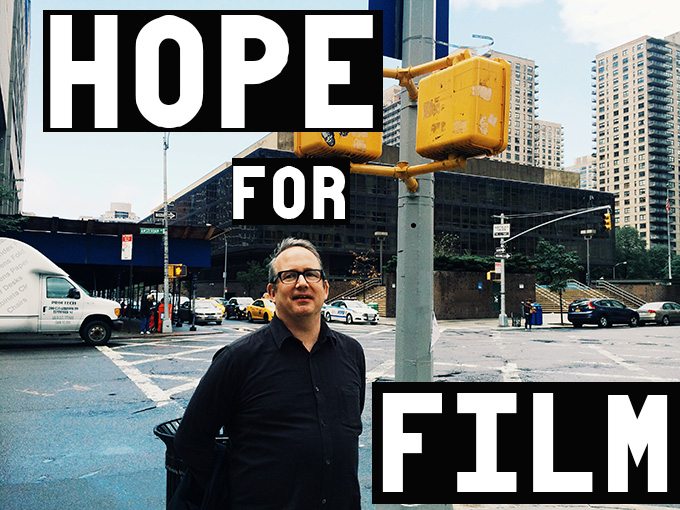 Okay, I did not get it all right last year. Perhaps you think my crystal ball had a crack in it. But I did not say they would all hit this year. Check back on 2014’s predictions come the 2020’s and you might be surprised how right I am. Or not, but still if we don’t look at where we think we are going, how are we to pave the roads to take us there?

So what I do I predict this year for the years ahead? In examining this list, take in mind that I am not advocating for these developments, nor am I ranking them. I just took the moments needed to examine where we are today, what’s been said, and where it may all lead. I’d love to hear your thoughts on this and where you think it may go too.

READ MORE: 7 Really Bad Things About the Film Business in 2014

1. Nonprofits across the globe will take the lead in plotting the new film ecosystem.

Never before have we been able to conceive, of let alone strategize, what a total reboot might resemble — but now we can. Now recognized, we need to get down to the brass tacks of organizing it. Who’s going to do it? It won’t come to the power brokers as they have no motive to put more independence in the artists. It can’t just come from one country because everyone is affected and needs to work together. Watch Sundance and BFI and Screen Australia find their counterparts in Asia, Latin America, India and Russia and start to really make this film ecosystem work for all of us. To me, it seems so obvious that is what they should be doing, I have to imagine that is what they are doing.

2. The industry will wise up about what is said on e-mail.

The Sony Hack will be the final straw. In the age of Wikileaks, Snowden and posting of private photos of celebrity, corporate espionage will surely be going mainstream. When executives feel the need to curse other folks out, they will return to doing it to their faces. Expect corporate employment manuals to outline the proper way to misbehave and curse others out.

3. Tweeting on screen with the movie.

Okay, this will be hell for some, but for others…  it may even be divine. And if the theaters can make money from it? Wow. How could it NOT happen? It seems to be working in China. Stateside, filmmakers should put it in their contracts to prevent it, if they don’t like it — but I think all experiments reveal something. And the Chinese have certainly given us some great innovations before, like gunpowder. At least it seems like no one is running out of ideas to appeal to the kids, right?

4. It will be “cool” for cinephiles to buy DVDs, like music fans buy vinyl.

We have an availability gap. It is currently challenging for SVOD services to license great films and our corner video stores have all closed. If you think you want some time to watch the great films of our time, if it is not a blockbuster, you better buy them when you can. And just think: when friends visit, won’t they be impressed by your etchings — I mean Blu-rays.

5. Short features will become popular with artists and audiences.

70 is the new 90. We have less available time than ever before and thus, value our time more than we used to. The dominance of the 90-minute feature form was driven by the economic model. Theatrical release has become less of a necessity for filmmakers, whereas online opportunities abound. The internet is length agnostic. You add in the fact that the shorter the film, the less it should cost (both to make and consume), and you have to wonder what’s taking so long for the new hour length indie film to take hold.

6. More films will be available on SVOD & TVOD internationally alongside their U.S. theatrical release.

The Weinstein Company may have started a trend with “St. Vincent” and “Eleanor Rigby,” opening in on SVOD in France simultaneously with the U.S. theatrical. This not only should reduce piracy but confronts some of the challenges of cultural abundance head on, while capitalizing on the global media hit a U.S. release offers.

7. Having unbundled, we will bundle up in different clothing.

Cutting the cord has been seen as a boon for consumers. More choice. Different options. But the huge wave of new SVOD services is going to drown us in options again. So people didn’t like having to take sports with their other channels (or was it the other way around) in the days of cable dominance? Well, how are they going to decide which of the 25 SVOD options to subscribe to? One can imagine it is only a short walk away from when many of those SVOD options starting banding together to offer discounts on bundles of their own. Or perhaps it will come from the hardware manufacturers… as that seems to be what Sony is doing.

It will be chump change for them. You’ve got to think that a tech company would do a better job monetizing the library and other assets than the studios do themselves these days. And the brand recognition that the studios offer would be more expensive to build. It is only a matter of time. When?

Read 8 more of Ted Hope’s predictions over at his blog.

This Article is related to: Toolkit and tagged Fandor, Ted Hope