Attention, Filmmakers: Here's How to Self-Distribute Your Film

By Justin Schwarz and Laura Kleger 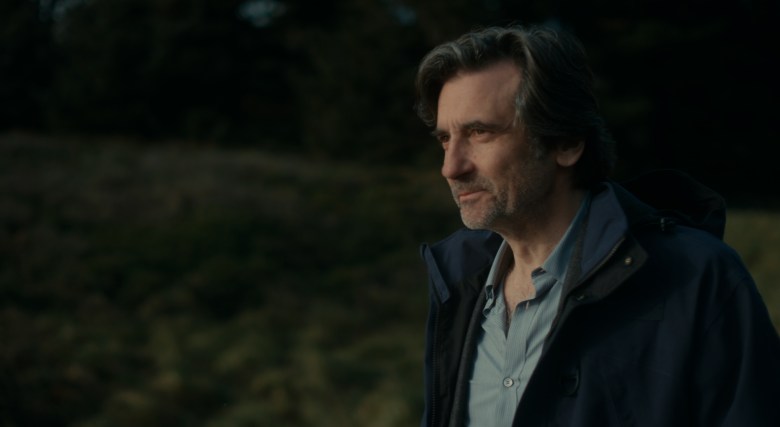 A year ago, we found ourselves in a situation most indie filmmakers will face: settle for uninspiring distribution opportunities or find an alternate route to bring your film to audiences. Last month, “The Discoverers” rolled out on iTunes, DVD and VOD, capping off a successful theatrical release across the U.S. and our adventure as film distributors.

We hope our tale will empower other filmmakers to choose their own path.

How Did We Do?

“The Discoverers” played in more than 25 cities, was in movie theaters for nearly six months and garnered great press. While we didn’t make waves in the specialty box office arena, we did outgross films by nearly every indie distributor. We were a New York Times Critics’ Pick, dubbed a “heartwarming and hilarious” “indie gem,” and critics universally praised our star Griffin Dunne’s performance.

We spoke with audiences at Q&As up and down both coasts; reunited with Kickstarter patrons, film festivals and friends who supported us along the way and met countless strangers who lingered after screenings to share how they laughed and cried and were moved by our film.

Our Path To Self-Release

While our sales agent Josh Braun had high hopes for a dream deal, there wasn’t a bidding war at our festival premiere. We played the regional festival circuit, aiming for broad geographic exposure, and, after picking up several awards, offers trickled in. Some guaranteed a theatrical window, but we weren’t enamored by how most smaller distributors position indies theatrically. And so, on the fortuitous eve of our eighth film festival in one month, we launched a Kickstarter campaign to crowdfund our distribution. Thanks to more than five hundred supporters, we raised $100,000 and found ourselves in the distribution game. 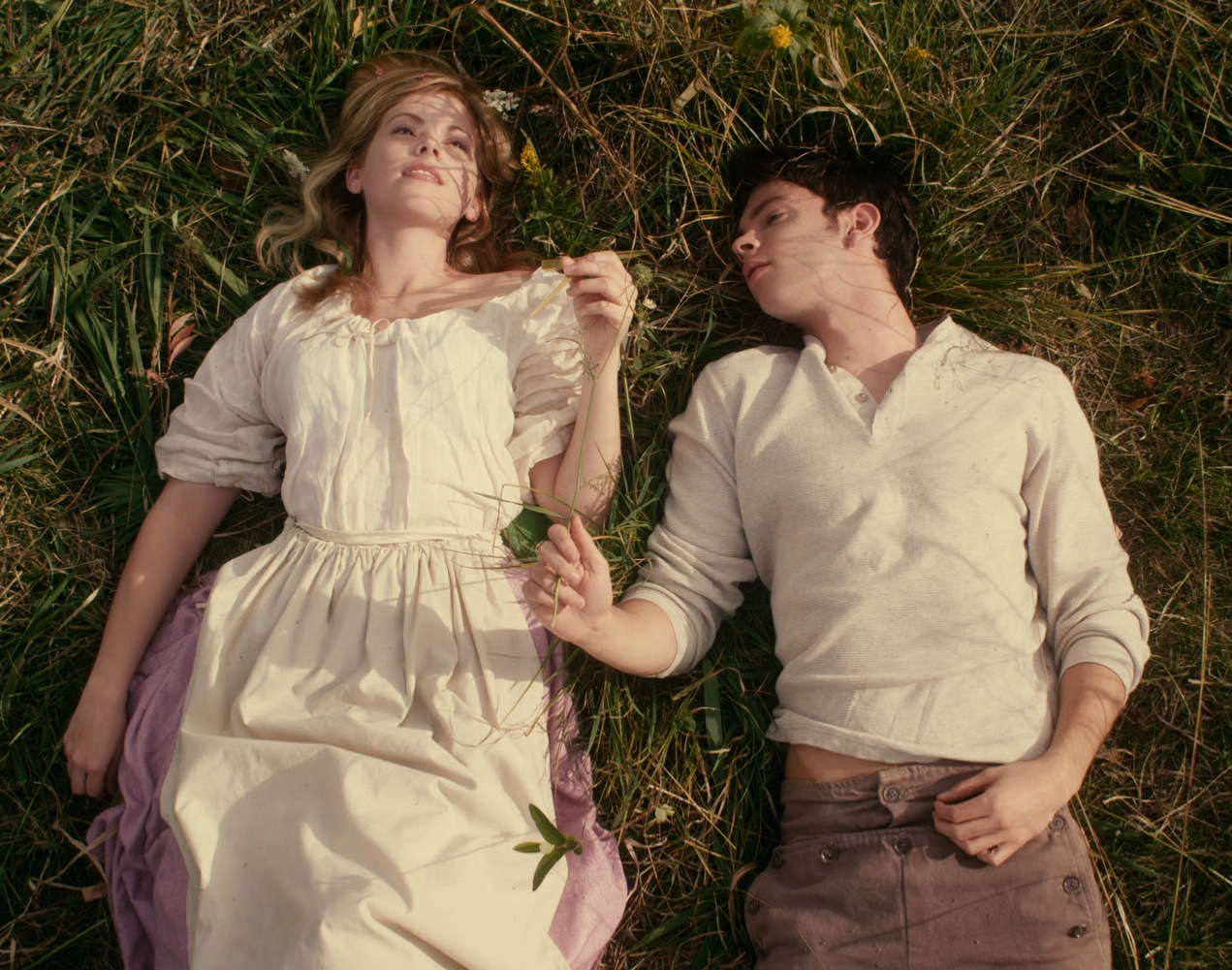 After refining our release strategy and crystallizing our core audiences, we looked for release partners. We met with theatrical service deal companies, but ruled them out as too costly. Instead, we assembled our own distribution team, culled from the same talent indie distributors utilize and shouldered the management ourselves.

A film’s trailer and key art shape how audiences perceive a film. They are usually created first, and become the cornerstones for a film’s marketing campaign. We wanted “The Discoverers”‘ key art to convey the film’s mix of comedy and pathos, showcase our comic ensemble, tease the film’s unique take on a road movie and tap into the artisanal spirit of the historical re-enactors portrayed in the film. Andrew Percival was the creative force behind the campaigns of several tonal cousins to our film (“Away We Go,” “The Descendants”) and offered great insight on distilling our movie down to a single image. Stephen Garrett at Jump Cut Creative helped us understand what’s possible to convey in the short form and how to cut for feeling. We went through scores of revisions on these materials, using surveys and focus groups to ensure our campaign message resonated.

A theatrical booker programs the film with theater buyers, facilitates one-sheets, prints and trailers, collects receipts, and helps place ads. We investigated crowdsourcing platforms like Gathr and Tugg, but went the traditional route, partnering with Rob Lynch at Eammon Films. After a lot of debate, we forwent a day and date release in favor of a slow-build platform release, which offered the most flexibility and widest reach on our budget.

Rob’s first task was to secure a premiere date. We avoided the fall Oscar glut, planting ourselves in the beginning of summer and symbolically opening against Godzilla. We had one rule: no four-walling, only traditional booking. Larger distributors pushed us out of several venues (something that continued throughout our run), but we were pleased to open at The Village East in New York and The Arclight Hollywood in Los Angeles.

Opening Weekend and Mapping Our Release

A film’s theatrical run lives or dies by its opening weekend press and box office performance. We were fortunate to get great reviews in the New York Post, New York Times, and The Village Voice and finish as the third highest specialty release at the box office. Q&As proved effective in generating turnout in New York and Los Angeles, where cast attended to lend support. We also held Q&As in smaller markets and found they worked best with a local moderator (ours ranged from a Hollywood Reporter columnist to Public Radio hosts).

While our opening weekend success enabled Rob to book the film across the country, we were constrained by limited resources. Theaters expect distributors to support films with advertising and publicity promotion, which impacted our theatrical footprint. We quickly had to decide how we allocated resources across the country. New York and LA are costly, but drive national press. Radiating out, we focused on cities with regional interest, core audience concentration, and markets where we had festival support. We played a mix of calendar runs and traditional bookings, ranging from small arthouses to national chains. Revenue share varies, but the typical splits are 35% distributor / 65% theater, with non-profit theaters providing the most advantageous splits.

Rob reminded us often that if we had more resources, we could book much wider and in turn drive up our box office. He further explained how the Specialty Box Office rankings are driven mathematically by P&A spends – something to keep in mind when you see the trades trumpeting box office numbers without correlating marketing dollars. 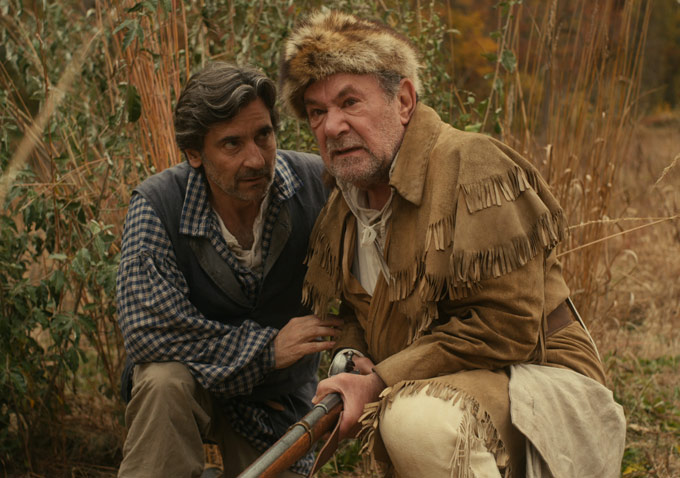 Publicity is one of the key awareness drivers for indie movies. We started working with Adam Kersh at Brigade during our festival premiere and were continuously impressed with his team’s tireless pursuit for press exposure during our theatrical campaign. Brigade placed features in major newspapers, booked radio, television, and podcast interviews, and ensured the film was reviewed. They also organized press and tastemaker screenings to build word-of-mouth buzz. In smaller markets, we added local and in-house publicists. We were fortunate to get a lot of press for a movie of our size and release budget, which was crucial in driving audiences to theaters (see a sampling at discoverersmovie.com/press).

Nevette Previd ran outreach and ticket giveaways to promote our New York, LA, and Philadelphia premieres. Partners and film festivals where we had screened blasted their membership and we canvased coffee shops and bookstores with postcards and posters. We also invited our alma maters to co-host our Q&As, which translated into direct email support. Constrained by limited lead-times, we had mixed results and enjoyed the most success with organizations where we already had existing relationships.

We maintained our social media channels and direct email list ourselves, augmented by support staff close to our premiere. We built a prodigious email list during our festival run and messaged fans during release. We employed a Twitter follow-back campaign to grow our audience. Facebook advertising had netted our biggest Kickstarter supporter, but we found Facebook’s recent changes have made it more expensive and less potent. On a limited budget, however, social media and direct email remain extremely effective, and should be established early as they take time to build.

Our Kickstarter supporters were an integral part of our release. In addition to financing distribution, they became our vanguard, helping spread the word about our theatrical march across America. Many pitched in along the way, joining focus groups to refine our key art and trailer, blasting their social channels, and corralling friends to the theater.

Where We Spent Money

“The Discoverers” just launched on iTunes, VOD, and DVD. After evaluating a number of options for this phase, we decided to partner with Brainstorm Media and FilmRise for North America and Screen Media for international. The film is now on nearly every digital platform and cable provider and we’ve secured domestic and international television deals. Given the complexity of the platforms and release windows, combined with the importance of relationships and networks, getting the best results did not seem like something we could bootstrap for ancillaries and foreign in the same way we did for theatrical.

There is a reason why even the smallest distributors have staffs and infrastructure: film distribution is an enormous amount of work. “The Discoverers” was a truly indie production and our 200+ creative collaborators didn’t want us to hand over our blood, sweat, and years of work to a company who ultimately wouldn’t bring the same passion and commitment to our big screen rollout. We feel extremely fortunate to have driven the project from the first seed of an idea through production and distribution.

Our biggest lesson throughout has been to define success for yourself, not based on the metrics applied to projects that have nothing in common with yours except a runtime and projection format. We took special pride in our large hometown turnout; in playing at the ArcLight in LA, where we used to live and watch films and dream that one day our work would share the screen; in honoring our cast and crew by presenting their work the way it was intended; in the many friends who got on our bandwagon to trumpet our project and join our adventure; and in knowing that our story continues to unfold in front of strangers across the globe who go to movies to feel something, just like we do.

Watch the trailer to “The Discoverers” below:

Justin Schwarz is a writer/director/producer whose work has won awards and screened internationally. Laura Kleger is a producer spanning the worlds of film and interactive. They are founders of the multidisciplinary media lab, Quadratic Media, which produced and distributed “The Discoverers.” Partners in work and life, they live in New York with their dog and young son.

About “The Discoverers:” Oscar and Emmy nominee Griffin Dunne leads an award-winning ensemble in this hilarious, heartfelt road movie about a family forced on a Lewis and Clark historical reenactment trek, who discover themselves and each other as they journey across America. Learn more at www.discoverersmovie.com, Facebook.com/TheDiscoverersMovie, and Twitter.com/TheDiscoverers.

This Article is related to: Toolkit and tagged Filmmaker Toolkit: Distribution, The Discoverers