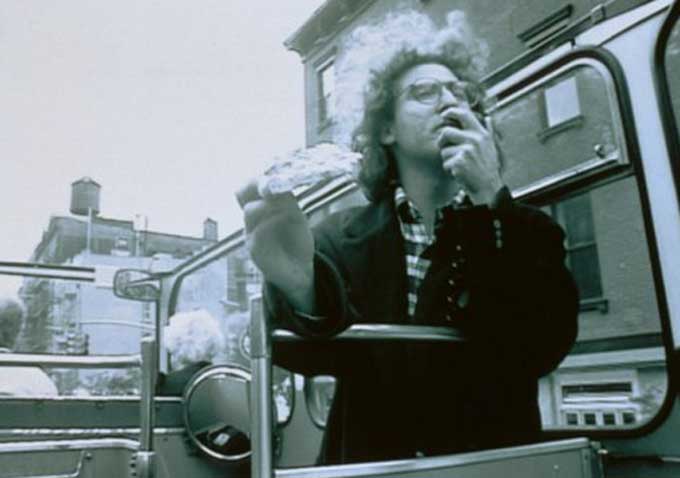 If there is one commonality between all four of Bennett Miller’s films, it’s his fixation on eccentric characters confined to a world in which they don’t belong. In 1998, Miller defined his central character aesthetic in his portrait documentary “The Cruise.” Entirely shot in black and white on 35mm, the film follows Tim “Speed” Levitch, a fast-talking Manhattan double-decker bus tour guide whose tumultuous relationship with his beloved and romanticized version of New York City is ever-changing. His bizarre demeanor only elevates his impassioned rants and raves on anything from the grid system to the orgasmic Terracotta architecture of the East Village.

SundanceNow Doc Club, an online documentary distribution service, held a special screening of “The Cruise” at the IFC Center on Tuesday night. Miller took a pause from promoting his latest acclaimed film “Foxcatcher” to discuss his breakthrough film with Ira Glass, host of “This American Life.” Here are just a few highlights of the evening:

“Part
of what made Speed so fascinating when I started this 19 years ago was that the form of
these rants would be colorful and inspiring, but the sentiment beneath all of
that is real and is connected to something that is very real,” Miller said. “His hostility
toward conformity and conventionalism and the homogenization and
commodification of all things is really horrible and deathly.”

“At the time, I had been pursuing my dream of being a
filmmaker, which was officially hatched at about 12 and had reached the age of
27 and had experienced nothing but frustration and rejection and was doing very
soul-sapping work,” Miller said. Being so attached to his ambition ultimately left Miller feeling crippled and after making a video for an American Foundation for Aids Research gala, he realized he wanted to do something to help people and “had an epiphany saying that I don’t have to do this. I could help people somehow and I want to get involved somehow with the problem of homelessness. It was an incredible relief. I felt so relieved and energized by this
letting go and this new idea, so I took a breath and in less than 60 seconds, I
felt that urge to create something and thought I wanna make a documentary about this
semi-homeless guy, Speed.” Obviously, given the scope of Miller’s career, “The Cruise” revived his ambition to direct.

“We shot 77 hours over the course of a summer, three months,” Miller said. “But
a lot of it was a little bit awkward. A lot was very performance-y. Self-conscious stuff. A lot of good shticks in there. I got to the fall and I
watched it through and I thought that the thing that drew me in isn’t really in
there. I threw away that footage and waited until the next summer rolled along. It
was basically a version of this film that didn’t pierce.” When Glass pressed Miller to reflect on what changed in between the first and second time filming, Miller said it was “self-consciousness fatigue. You just wear down.
Attrition. When the second summer came around, he must have begun to question
what this was about…His self-consciousness began making room. There is a
performance element to quite a bit of what he does. But there’s also a
genuineness.” 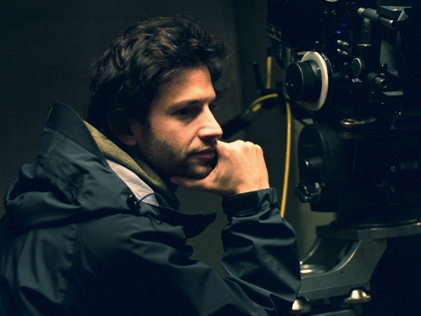 4. He Knew He Was Getting Good Material

“I
think there were a couple of things that when they happened I just thought that
those are fundamental pillars to the structure of this thing. Then it was a
hard thing to make work. Do you have the patience to listen to it and do you
care and does the metaphor resonate? While I was shooting it, I was moved by
it.”

5. Miller, Glass, and Speed Want to Change Their Audiences’ Lives

At the beginning of the film, as unwitting tourists climb to the top of the double-decker Grayline bus, Speed looks to the camera and says, “you cannot expect people to transform in an
afternoon. They’re not going to rewrite their souls, and redo every day
that they’ve lived thus far before they come onto the Double Decker Bus. And yet, I expect that. I expect the total transformation of their life,
the entire re-write of their souls. I am fighting minute to minute–every moment that they’re on the bus–for every day they’ve lived thus far to
seem as an abstract wreckage that might have happened, but is probably a
delusion, and that this is the first real day of their lives.” Both Glass and Miller admitted that they feel the same way about their audiences when making a film.

6. His Characters All Strive For the Same Thing

Miller acknowledged the easy comparison between all of his films — they are men living in worlds that don’t necessarily accept them. He also noted that “there’s
a great ambition that tends to be connected to these characters. They’re people who
think if they can accomplish some grandiose and impossible task, that it will
remedy the problems of their lives.”

7. What Speed Taught Him

“I would say if he’s an influence, it has to do
with finding your voice. Especially film, it is one of the hardest things because it’s a medium that requires a
lot of collaboration, cooperation, management. How do you really find your
voice and language? How do you find your vernacular when there’s a burden of
this very cumbersome medium? But if you can’t do that, then what are you doing?”

“The Cruise” is available on SundanceNow Doc Club as a part of Ira Glass’s collection of favorite films.

READ MORE: Why ‘Foxcatcher’ Director Bennett Miller Has Only Made Four Films in 16 Years