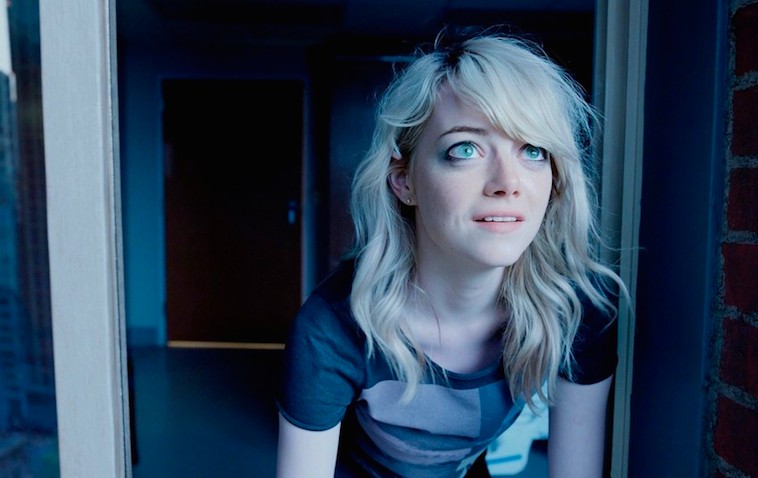 Best Feature
“Birdman or (The Unexpected Virtue of Ignorance)”

Best Documentary
“CITIZENFOUR”
Director Laura Poitras said of her subjects and her team: “I gave them all the option of stepping aside if they didn’t want to move forward and none of them did. We made them go through extraordinary lengths to be involved. We asked them to trust us, we showed them redacted versions…It’s been an extraordinary journey and I just want to acknowledge them.”

Bingham Ray Breakthrough Director Award
Ana Lily Amirpour for “A Girl Walks Home Alone at Night”
“I didn’t expect to be here either! It’s very shroomy!” Amirpour said. “This is my first kind of these things. Tilda Swinton is here! Goddess! Thank you so much for giving me this prize. I love making films. Maybe if I can say hi to Tilda Swinton and take a picture with her that would be really cool.” 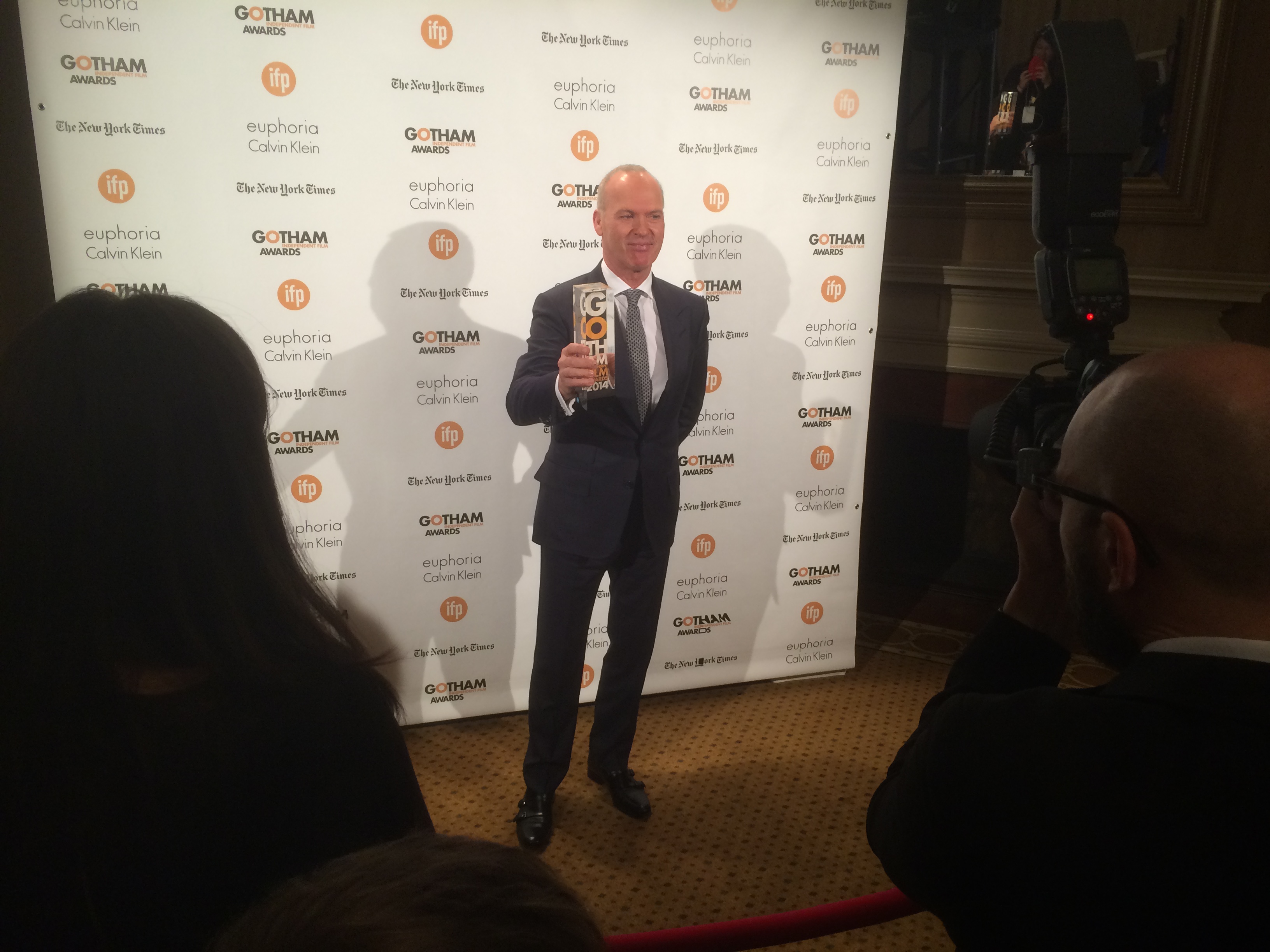 Keaton took the opportunity to embrace his comedic chops towards his fellow actors and his past roles. “Thanks! I want to say something about Steve Carell. The courage Steve showed to redo all that plastic surgery and go back to his original nose, says a lot about commitment. My folks at Gotham, feels good to be back home. I don’t wanna toot my own horn but when’s the last time you saw The Joker or The Penguin causing any problems? I gotta get back to Wayne Manor any minute so let’s wrap this up.”

Steve Carell accepted the award on the ensemble’s behalf and said, “They got Meryl Streep to come here and present us with this award, suck on that! I am so excited to be a part of this film and this ensemble. A higher compliment cannot be paid to an actor, unless of course he was singled out for his own work,” Carell joked.  “An Ensemble is like a family. Apparently the other members of my family couldn’t make it. This was not important to them. “My daughter is learning to walk, I don’t want miss that.” “I’m the Hulk, I don’t want to miss that.” 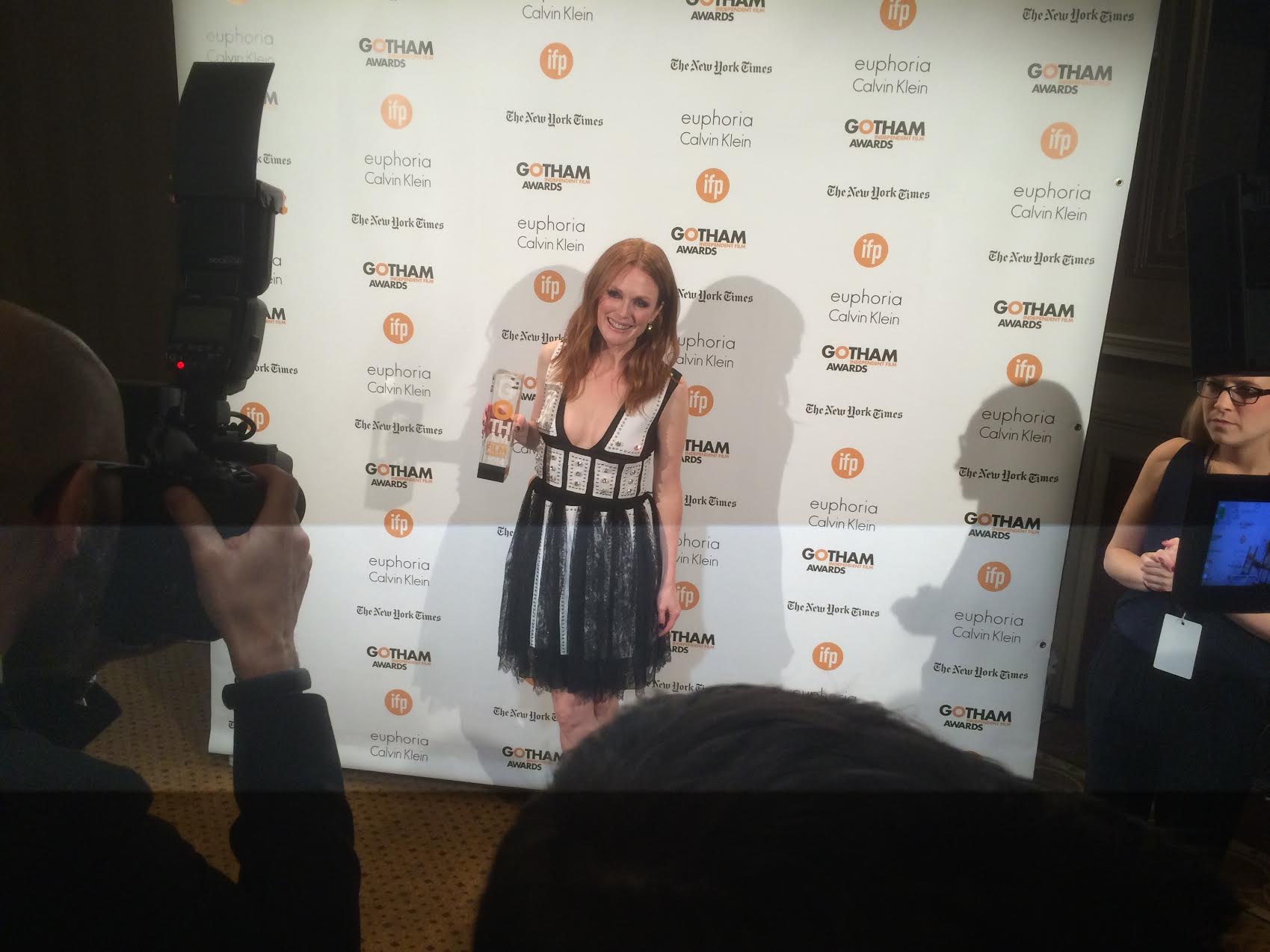 “It’s kind of crazy that in this extraordinary and diverse group of actresses that someone should be singled out, said Moore. “I love independent film. It was where I finally found myself as an actor and it means so much to me to be recognized in this way. Thank you very, very much for this.”

Breakthrough Actor
Tessa Thompson in “Dear White People”
“I’m just glad I didn’t trip!” Thompson said. ” I didn’t expect this to happen so I just made jokes about losing all week. Thank you Gotham, thank you Justin. Thanks to filmmakers that take risks because those are the ones that make me excited to do what I do.” 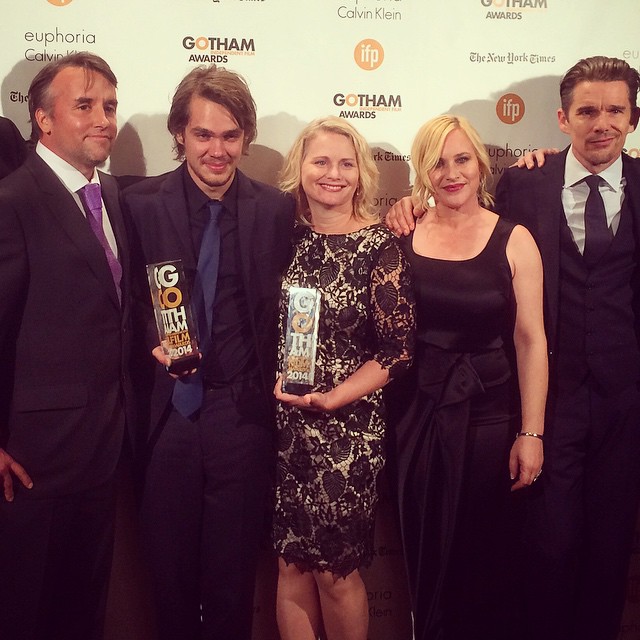 “Thank you so much Gotham Awards and IFP,” said Richard Linklater. “It’s a huge honor and it means so much to us.”

READ MORE: Who Will and Should Win at Tonight’s Gotham Awards