Today Chicken & Egg Pictures announced the grantees from its 2014 Open Call. Fourteen new films will receive grants totaling $330,000. Selected from over 640 submissions, grantees include women filmmakers from Libya, Egypt, the United Kingdom and India, as well as across the United States.

The organization has made it an ongoing priority to significantly increase their grant amounts, with some projects this year receiving up to $25,000; in past years, awards were typically $10,000.

In anticipation of Chicken & Egg Pictures’ 10th anniversary in 2015, this most recent Open Call launched a special Women & Girls On-Screen Initiative to elevate women and girls both behind and in front of the camera. The organization, which is the only nonprofit of its kind dedicated solely to supporting women nonfiction filmmakers, prioritized projects that featured women and girls as prominent characters and storytellers of their own lives and experiences. 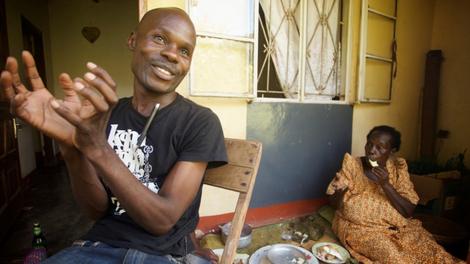 Founded in 2005 by award-winning filmmakers and producers Julie Parker-Benello, Wendy Ettinger, and Judith Helfand, the organization, which has offices in Brooklyn and San Francisco, puts funds directly into the hands of female documentary filmmakers during critical phases of the filmmaking process — from development and production through distribution and beyond. The company has awarded over $3.5 million in grants to over 186 film projects, including”After Tiller,” “Call Me Kuchu,” “Gideon’s Army,” “The New Black,” “A Place at The Table,” “The Square” and “Valentine Road.”

“This year’s Open Call was a remarkable experience for everyone at Chicken & Egg Pictures,” said Jenni Wolfson, who was named the organization’s first-ever Executive Director last September. “It is inspiring to be drawn into the worlds of so many incredible women all over the world who are taking risks and moving the needle, and to see them through the eyes of courageous women filmmakers who are taking their own risks and paving the way for so many others. As Chicken & Egg Pictures prepares to celebrate its tenth anniversary in 2015, we are even more committed to amplifying and celebrating women’s voices and stories. This Open Call truly embodies that commitment.”

READ MORE: 8 Female Cinematographers You Should Know About

Kirsten Johnson, a Chicken & Egg Pictures grantee in 2009, has been named the recipient of its annual Celebration Grant, supported by the Ravenal Foundation. Previous recipients of the award include Chris Hegedus, Barbara Kopple, Lourdes Portillo, and Julia Reichert.

“Kirsten Johnson is an extraordinary filmmaker who has been making films for the last two decades, both as a director and as a cinematographer. She has worked with some of the world’s greatest nonfiction storytellers, as well as with new and emerging talent,” said Judith Helfand, Creative Director and Co-Founder. “She brings an exquisite eye, an open heart, a fearless will, and an intuitive ability to listen to every project she works on—and then she comes home to work on her own unique voice and vision. We are giving her this Celebration Grant to celebrate her collaborative spirit, artistry, and courage to follow the story wherever it takes her.”

New projects by past Chicken & Egg Pictures grantees were awarded discretionary grants, including “Thank You for Playing,” directed by Malika Zouhali-Worrall (“Call Me Kuchu”) and David Osit, and “Out of Mind,” directed by Kristi Jacobson (“A Place at the Table”) received funds for completion and production, respectively. 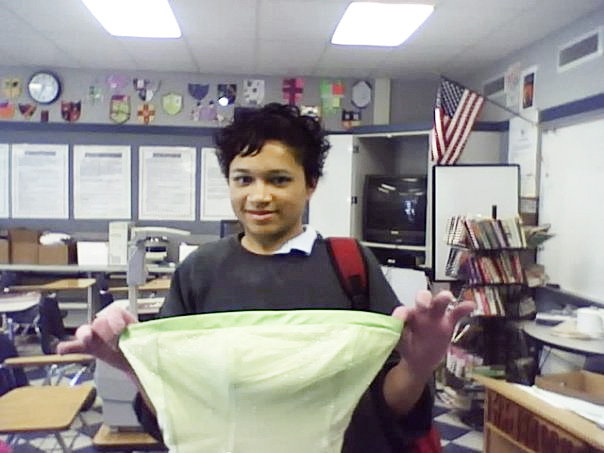 In 2011, Amina Arraf, a beautiful lesbian revolutionary blogger in Syria, captured the heart of Sandra Bagaria. The fervent love affair that developed between them would sweep Sandra into an international intrigue involving American secret services, some of the biggest media outlets, and countless supporters of the Syrian revolution. This is the story of an unprecedented media fiasco that Sandra was forced to live through, and that we invite you to experience with her on a journey around the world.

Canary in a Coal Mine
Directed by Jennifer Brea

Jennifer, a Harvard PhD student, was signing a check at a restaurant when she found she could not write her own name. Months before her wedding, she became progressively more ill, losing the ability even to sit in a wheelchair. When doctors insisted that her condition was psychosomatic, she picked up her camera to document her own story and the stories of four other patients struggling with the world’s most prevalent orphaned disease.

The feature documentary Care, now in post-production, exposes the deep flaws in the U.S. eldercare system by following the intimate and dramatic stories of three overworked and underpaid home health aides and one family struggling to find and pay for quality care. The film sounds the alarm about an exploited workforce, an aging population, and an impending crisis of care.

Councilwoman is about a Dominican hotel housekeeper who sits on the City Council in Providence, RI. The film follows her first term as she learns the ropes of political office, and is part of a spirited effort to win economic justice for hotel workers. She has two contenders in a tight race for her re-election. This is a story about civic participation and power in our democracy.

#Dalitwomenfight is a feature-length documentary that follows a courageous group of Dalit women who overcome unspeakable attacks and spearhead a bold national campaign to end caste and sexual violence in India. Their remarkable journey catapults them from their humble villages onto the center stage of Indian politics as they fight to heal not only themselves, but also the very soul of their country.

Even When I Fall
Directed by Sky Neal and Kate Mclarnon

Even When I Fall is the story of three remarkable young Nepali women, all survivors of human trafficking into corrupt big top circuses across India. Facing forgotten families and uncertain futures, the story begins in the often-overlooked aftermath of a childhood spent in captivity and forced labor. But these tough young women were inadvertently left with a secret weapon by their captors – their breathtaking skills as circus artists.

In post-revolution Libya, a group of women are brought together by one dream: to play football for their country. Freedom Fields is a film about struggle and sacrifice. At the new dawn of a nation once cut off from the rest of the world, this is a story of following your dreams and aspirations against all odds and at any cost. Through their eyes, we see the reality of a country in transition, where personal stories collide with history.

From This Day Forward
Directed by Sharon Shattuck

When filmmaker Sharon Shattuck’s dad came out as transgender and changed her name to Trisha, Sharon was in the awkward throes of middle school. Her father’s transition was difficult for her straight-identified mother to accept, but they decided not to divorce. Committed to staying together as a family, they began a balancing act that would prove even more challenging than expected. As the family reunites to plan Sharon’s wedding, she asks how her parent’s love survived against all odds.

In China, an unprecedented surge in African migration has led to a rise in marriages between Chinese women and African men. A Guangzhou Love Affair captures the love, heartache, and real life challenges of Afro-Chinese couples attempting to forge a meaningful future together in the face of racism and xenophobia.

The Movie About Anna
Directed by Alex Sichel and Elizabeth Giamatti

The Movie About Anna is a hybrid documentary that interweaves the real story of Alex Sichel, diagnosed with terminal cancer in 2011, with the fictional story of Anna Seashell (played by Lili Taylor), who manages to find the glass half-full when faced with the same diagnosis. The documentary follows Alex as she uses the film to explore what is foremost on her mind while confronting a terminal disease: parenting, marriage, faith, life, and death.

The Trials of Spring
Directed by Gini Reticker

The Trials of Spring follows the journeys of three Egyptian women from the early days of the 2011 Arab Spring until today: Hend, from a rural military family and awaiting a harsh prison sentence for protesting against military rule; Mariam, an activist fighting to end sexual assault; and Mama Khadiga, a formerly veiled widow who became a caretaker of the revolutionaries. Their intersecting stories reveal the vital and underreported role women play in shaping the region’s future.

The Vote
Directed by Hanan Abdalla and Cressida Trew

In the first elections after the fall of a dictator, three women candidates fight for a new Egypt, as millions go to vote for the first time in their lives. But as the media celebrates the birth of a new democracy, a more sinister power struggle is at play. Capturing an historic and bloody turning point in the struggle for the region, The Vote asks fundamental questions about democracy, betrayal, and what it means to truly manifest the will of the people.

Out of Mind
Directed by Kristi Jacobson

Out of Mind investigates an invisible part of the American justice system: the use of isolation and segregation in US prisons, commonly known as solitary confinement. With unprecedented access inside a prison tackling the issue head on, the film explores this divisive issue through the experiences of those on both sides of the bars.

Ryan Green’s four-year-old son Joel has terminal cancer. Ryan, an indie video game developer, is building an unusually poetic video game to document his experiences raising a dying child, and to honor Joel while he is still alive. Thank You For Playing follows the creation and growing success of Ryan’s game, as his son’s health continues to decline.

Búscame: Search for Me
Directed by Nicole Opper

16-year-old Juan Carlos has spent most of his life either stuck in a tumultuous home or as a runaway on the streets of Mexico City. When he decides to join Ipoderac, an organization that houses runaway boys, his life changes in the most unexpected ways. Juan Carlos is a study in resilience, reminding us that peace results from patience, determination, and the ability to forgive those who have harmed us.

(T)ERROR is the first film to document, on camera, a covert counterterrorism sting as it unfolds. Through the perspective of *******, a 63-year-old Black revolutionary turned FBI informant, viewers are given an unprecedented glimpse of the government’s counterterrorism tactics and the murky justifications behind them.

READ MORE: Chicken & Egg Pictures: The Force Behind Women-Directed Documentaries at Sundance and Beyond