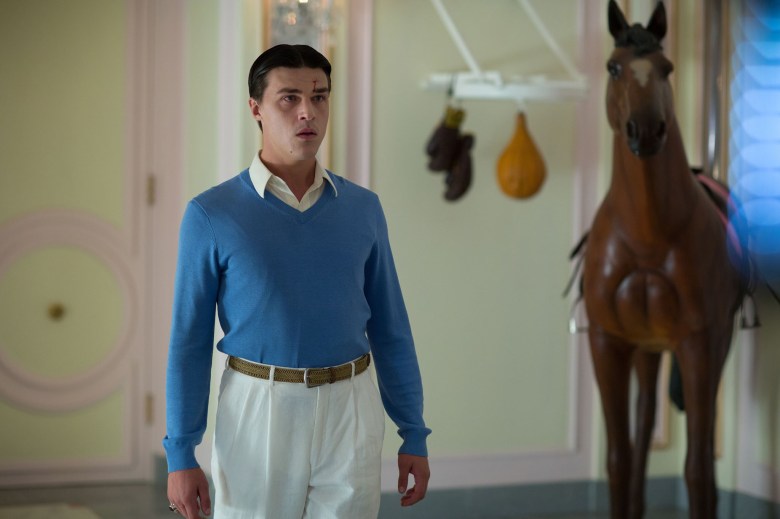 Thirty year-old actor Finn Wittrock has had one hell of a year. The Julliard School graduate’s been acting for much of his life, but it wasn’t until this year that people finally took notice thanks to breakout performances in HBO’s Emmy-winning movie “The Normal Heart,” Ryan Murphy’s hit series “American Horror Story: Freak Show” and Angelina Jolie’s “Unbroken,” which hit theaters Christmas day.

He impressed in both “Normal Heart” as Taylor Kitsch’s doomed lover and in “Unbroken” as World War II Air Force bombardier Francis “Mac” McNamara, but “American Horror Story” was the project that brought Wittrock the attention that’s evaded him up until this point. Wittrock plays this season’s chief baddie Dandy Mott, an entitled rich brat with serious mommy issues who bathes in the blood of his victims. He’s so convincing in the role as a homicidal maniac, that his performance as the weak-willed Mac in “Unbroken” comes as a bit of shock.

Indiewire spoke with the actor about the two projects and his remarkable run this year. 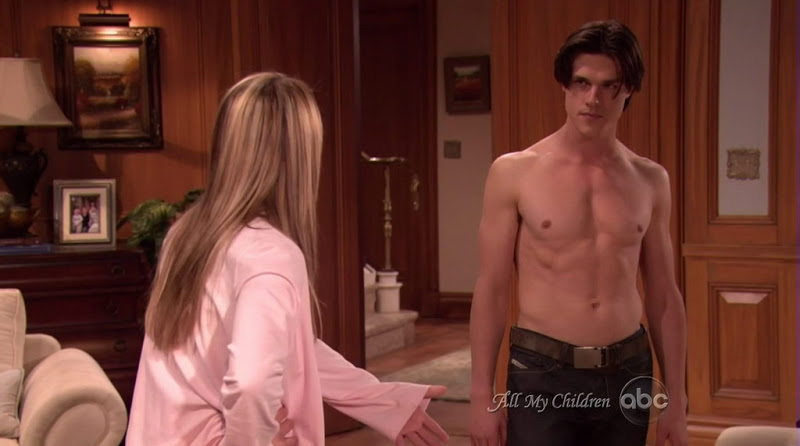 I was surprised to learn you’ve taken the Julianne Moore path to success: get your start on a soap opera (in your case, “All My Children”), then move up the ranks to Oscar fare.

So many actors started on soap operas. So yeah, I’d graduated Julliard and done some theater. I’ve done a few guest spots on TV but nothing that long-term. I did a little “E.R.” back when it was on, and a pilot for “Cold Case.” Soap operas are like boot camps for film actors, so I really learned a lot. It was a masterclass in working for camera. I made myself watch myself every day. I would sort of try and be objective about it and critique myself a little. There’s a lot more skill set than people realize, in soap operas. They shoot like 35 scenes a day. You have to trust your instinct and go for it.

Do you still watch yourself to learn?

Yeah, I usually do. You know, it’s always tricky. You never know how it’s going to be edited. You’re always trying to evolve and prove yourself.

Watching yourself on a show like “American Horror Story” must be jarring, because of how extreme Dandy is.

Sometimes it doesn’t turn out the same way that you thought it would, but the creators of it are so in charge. They have such an overarching vision of it, that it’s all for a purpose.

What is “American Horror Story’s” purpose this season?

I think the themes this season are, first of all, the freaks in all of us. And how even the most villainous characters have a humanity underneath. Like the Clown, who became a monster but started out as a real man. There’s monsters in all of us, but there’s also vulnerability. I think there’s a lot. Ryan Murphy, he basically tries to find something that’s a pulse, a pressure point in our culture, and he grabs it and he squeezes it. I think “Freak Show” has a lot to do with the entertainment industry and the way we entertain ourselves, the objectification of people and the lengths we’ll go for our own amusement. It’s sort of a warped version of our pop culture.Have you surprised yourself on “Freak Show”?

Well, first of all, the writing has surprised me. I was scared it was going to be a one dimensional character at first. But they’ve given me so many colors to play with.

You didn’t get a clear sense of Dandy’s full character arc when you signed on?

No! I knew that there was something about a mother complex and that he used to torture animals. And you know, I think I can say this with impunity: I was supposed to do just six episodes, and it was supposed to be a smaller arc. But actually on day one of filming, Ryan said “So, I want you to do the whole season. Is that cool?” I was like “Yeah, OK!”

Was that a big moment for you?

It was big, ‘cause it was like “Oh, OK, we’re going on a real adventure here. This is a character we’re going to plumb the depths of.” They like to top themselves with each episode, and I really think they succeeded in that. I can’t think of him as a villain. I have to get under his skin. I always go for the vulnerability first and let the evil actions take care of themselves. You don’t have to act demonic when you’re cutting off someone’s arm.

Killing off Patti LaBelle, who played your nanny — that must have been a bit surreal.

I was like “I’ll never go to one of her concerts again [laughs].” She’s awesome. She’s not an actor, she’s a legend. She’s a musical icon. She was so gung-ho! I couldn’t believe what a sport she was. She had this prosthetic on her neck with all this blood on her, and she had to lie there for a long time while I did my thing. So she’s a real trooper, she’s awesome. I was sad to see her go.

Now on to “Unbroken.” How did Angelina come to discover you?

I don’t think she was familiar with me. I’ve known this casting director who’s amazing, Francine Maisler. She does like every movie. She’s been a bit of supporter of mine for a bit. She saw me in “Death of a Salesman” [on Broadway], and since then has called me in for stuff. She called me and she said “I have a really big one for you.” I actually auditioned for Louis [Zamperini], and it was one of the most torturous, long and insane auditions of my life. She had me do pushups till I was out of breath and then yelled at me as if she was The Bird. I was in tears, weeping, imagining that I was beaten. That was huge. I left the office and didn’t hear about it for three weeks, and then got a call saying Angelina [Jolie] wanted to meet me for the part of Mac. I looked back at the book and realized he had so much going on beneath the surface. When I got to her house, she laid out the research boards she had shown the studio to help herself get the movie. She had to audition and fight for this movie. So she was in an excited, eager phase. She was trying to convince me that Mac would be this really essential part to it, and that his emotional arc would be huge.

Obviously it’s Louis’ story, and this is one facet of it. But I think what she really made clear to me was that we need to see Mac’s demise to see Louis’ resilience. We need to see a guy whose mind unravels and then his body follows. Because the story is really mind over matter in many ways. Louis never lets his mind succumb, so his body didn’t. Mac just couldn’t cope.

About that demise, how much weight did you have to lose for the water scenes? 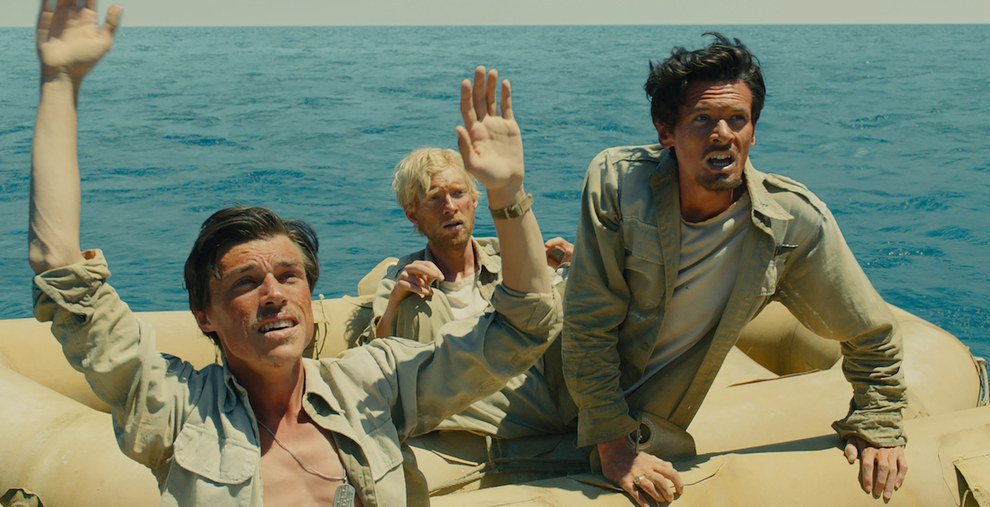 How familiar were you with Zamperinin’s story before signing on?

Not really. You know, my mom teaches at USC [University of Southern California] and he’s a big supporter of USC. He’s an alum and went to all the games. When I met Louis, he complained to me about this USC game we just went to. She actually read the book, and when I first heard of the audition, she gave me the book. But other than that I hadn’t really heard about him at all. It’s a real page-turner. It’s non fiction, but it’s a thriller. How is this not the work of some crazy writer’s brain? Louis’ life didn’t end where we end. He follow his journey to the war, but then there’s a whole other saga. We just wanted to be the vehicle to bring it to the rest of the world.

READ MORE: Angelina Jolie on the Wrenching Experience of Watching ‘Unbroken’ With Louis Zamperini Before His Death